5 Songs that Inspire Me by Catherine McKenzie 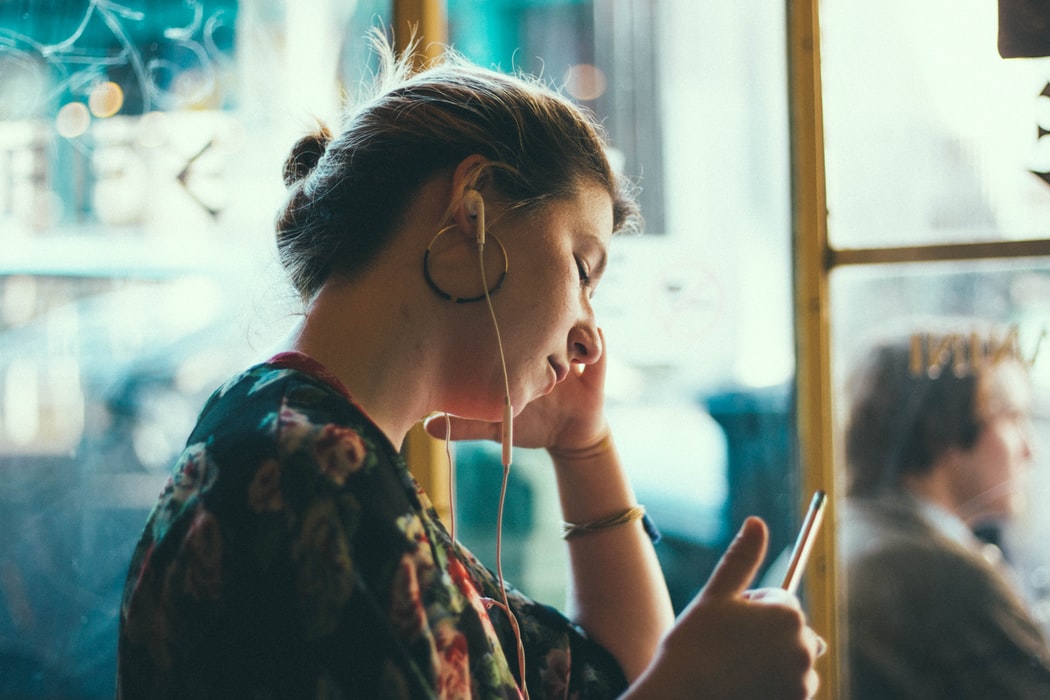 [Note from Frolic: We’re so excited to have author Catherine McKenzie guest posting on the site today. She’s chatting all about the songs that inspire her. Take it away, Catherine!]

Every writer is different. Some require total silence to write—in short supply these days for a lot of people. Others require the hustle and bustle of a public space (also in short supply) or some other distraction. One of my writer friends now writes with her youngest child clinging to her back—not her choice, but a necessity.

I’ve always been in between. I can pretty much write anywhere, but I generally need some ambient noise in the background—something on to distract me from my overactive brain. Something on Netflix that I’ve already watched, or the news or music playing.

When I’m first-draft drafting though, I often pick a song for each chapter I write to set the mood and theme. Those song titles, or lyrics from them, often appear as chapter titles in my books. Sometimes the theme is obvious and sometimes it’s simply something that inspired me—a phrase, a feeling, something that helped me write that chapter. When the book is done, I go back and put together a playlist which is a roadmap to my writing of the book. It often surprises me in the end, all the songs I played, all the thoughts and words those songs inspired.

I recently did this for my latest psychological suspense novel, Six Weeks to Live, which is about a woman who learns that she has terminal brain cancer, but also discovers that she was likely poisoned a year before. She sets out to figure out who tried to kill her before her time runs out. Think the film DOA meets Before I Fall Asleep. You can find the full playlist here (Apple) and here (Spotify) but here are the first five songs.

“Insane in the Membrane” by the Old School Players

Also known as “Insane in the Brain” by Cypress Hill, this classic from 1993 doesn’t have much to do with the plot of my book, but the title was perfect for the first chapter where Jennifer Barnes learns that she has brain cancer and only six weeks to live. As the kids these days say, this song “slaps”. It’s a real head bopper. Oy, I feel old.

This Joni Mitchell song has always been a favorite, but I love this cover that Counting Crows did in 2002. The title for chapter two of Six Weeks to Live is Paved Paradise, Put Up a Parking Lot—a lyric from the song, and it takes place in, well, a parking lot. Okay, that’s pretty literal. But the sentiment of the song—you don’t always know what you’ve got till it’s gone—is pretty apt too. A great song and a great cover.

“Don’t Ask Me Why” by Billy Joel

An oldie but a goodie—gah, I really am old. A song about questions and getting through adversity. Don’t wait for answers … don’t ask me why. Of course, Jennifer doesn’t listen to this advice, there wouldn’t be a book if she did. But man, the writing in this song. “Yesterday you were an only child/Now your ghosts have gone away/You can kill them in the classic style/Now you, “parlez vous francais” – I mean, come on! Trust me, listen.

“I Want to Be Sedated” by the Ramones

Another obvious choice given the subject matter. But on a meta level, for me as a writer, it has a propulsive beat that helps me drive words onto the page. Most of my best writing happens when I don’t have too much time to think about it, my fingers flying, and this is the kind of song that can make that happen. I can’t control my fingers, I can’t control my toes. Precisely.

I don’t even know how I found MoZella but her Belle Isle album has inspired a lot of writing by me. If you haven’t listened to it, you need to immediately. Doctor, doctor,  you don’t have to cure me from this pain that I’m feeling. But her songs are curative and catchy and great music to write to. Thank you, MoZella!

There are many more great songs on the full playlist, which I hope you’ll check out along with the book! Happy listening!

Catherine McKenzie was born and raised in Montreal, Canada. A graduate of McGill in History and Law, Catherine practiced law for twenty years before leaving the practice to write full time. An avid runner, skier and tennis player, she’s the author of numerous bestsellers including HIDDEN, FRACTURED, THE GOOD LIAR and I’LL NEVER TELL. Her works have been translated into multiple languages and THE GOOD LIAR, YOU CAN’T CATCH ME and I’LL NEVER TELL have all been optioned for development into television series. 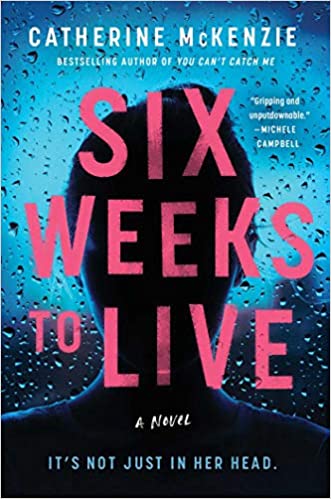 Six Weeks to Live by Catherine McKenzie, out now!

Jennifer Barnes never expected the shocking news she received at a routine doctor’s appointment: she has a terminal brain tumor—and only six weeks left to live.

While stunned by the diagnosis, the forty-eight-year-old mother decides to spend what little time she has left with her family—her adult triplets and twin grandsons—close by her side. But when she realizes she was possibly poisoned a year earlier, she’s determined to discover who might have tried to get rid of her before she’s gone for good.

Separated from her husband and with a contentious divorce in progress, Jennifer focuses her suspicions on her soon-to-be ex. Meanwhile, her daughters are each processing the news differently. Calm medical student Emily is there for whatever Jennifer needs. Moody scientist Aline, who keeps her mother at arm’s length, nonetheless agrees to help with the investigation. Even imprudent Miranda, who has recently had to move back home, is being unusually solicitous.

But with her daughters doubting her campaign against their father, Jennifer can’t help but wonder if the poisoning is all in her head—or if there’s someone else who wanted her dead.

Where Romance and Pop Culture Live Happily Ever After.
All Posts
PrevPreviousRecipe for a Rom-Com By Georgia Clark
NextTrope Rec Tuesday: Let’s Kiss in the RainNext