A Walk with My Mother by SK Ali 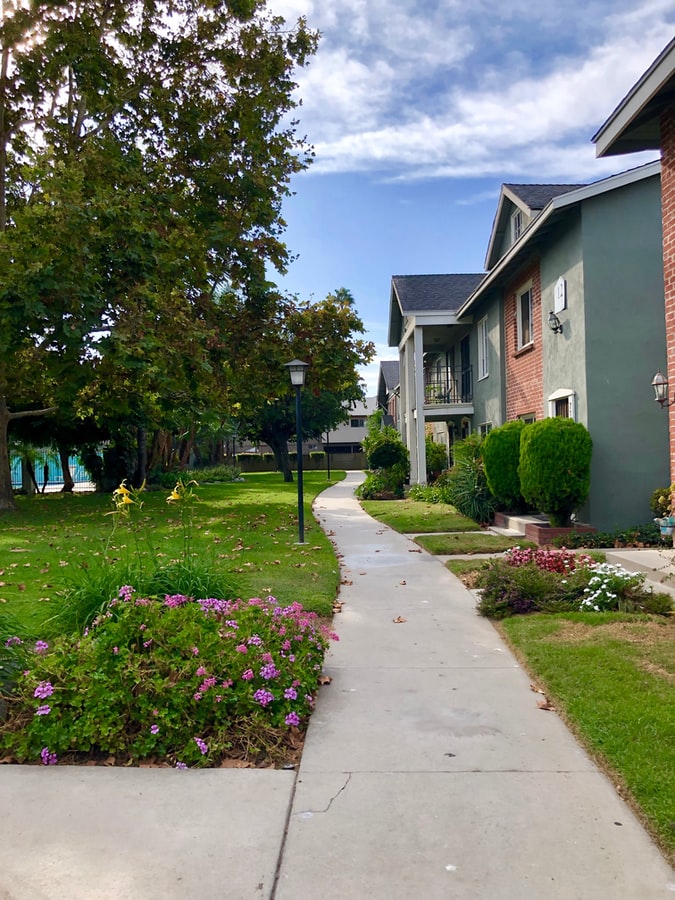 [Note from Frolic: We’re so excited to welcome author S.K. Ali to the site today. Take it away, S.K.!]

The call came when I was staring at the wall behind my desk, pondering mother-and-daughter dynamics for my latest novel, Misfit in Love. Somehow, without meaning to, mothers and daughters—sometimes with arms looped in love and sometimes the opposite, with arms crossed, heads turned away from each other—have snuck into all my books.

But they are hard to get right, and this novel was no different. And it was due in two days.

I swiped to allow the call through. It was my mother. Reminding me about our appointment to walk together that day.

Ever since I’d been in finish-my-novel-at-whatever-cost mode, she’d been in I-need-to-get-my-daughter-out-of-the-house mode. She believed in the power of a good power walk.

I drove over and parked in my parents’ driveway, taking in the outside world for the first time that day.

It hadn’t rained for four weeks. The grass on their lawn, like all the neighbors’, was no longer green.

That’s what I saw while leaning against my car, waiting for my mother to emerge from the house.

My mother came out, big sunglasses taking up too much face-space in the oval opening of her pale blue hijab, and locked her door.

She joined me at the foot of the driveway to gaze at the patch of lawn, right near the road, that was in the worst condition. “Poor things,” she said. “They’re so thirsty, the blades of grass.”

I tilted my head and considered her statement. Suddenly, the lawn looked to be less about aesthetics, less about color, and more about a famine.

Then she pointed behind me at the dog walking toward us. I turned and saw a shaggy, big black dog, being half walked, half tugged along by its owner, an elderly woman who paused once in a while to give him a treat. Despite his floppy, cartoonish ears, he looked slightly menacing to me, the way he wasn’t listening to his owner.

“Still being lazy, huh?” my mother called out.

I turned back to my mother, stricken at her impoliteness.

But the owner laughed and assented. “Yup, still lazy as anything about his walks. He needs treats, every once in a while, to be a good boy.”

She bent to give him some water, coaxing him with gentle words. My mother smiled and waved at the dog who seemed to perk up on seeing her.

We passed the lazy dog and went up the road, turning the corner at the street that led to the park. I fixed my eyes on the green space up ahead, shade provided on its paths by overhanging trees. I loved that park. It was great for power walking.

My mother didn’t look at what was awaiting us at the end of the road, though; she saw the woman at the house on the corner, kneeling to weed her garden. She asked her what exactly it was that she was weeding. They talked about weeds, and I, waiting impatiently nearby, learned the right way to weed black medic. Oh, I thought. Why did I suddenly have the urge to try it out? Right then and there, like my mom did, helping the woman pull one or two? Could I use that in my novel somewhere?

We moved on, and my eyes went back to the park. I liked the way the path in the park was circular and provided an incline and shade, which made it an enjoyable kind of strenuous. I picked up my pace.

This one was coming out of her house and was also obviously out for a walk, wearing a visor, running shoes, and leggings.

Seeing my mother had slowed, I stopped and pretended to take a moment to gaze at the renovation going on at the house across the street from the woman with the visor.

I didn’t want to look so, so intensely at the woman-who-was-alone-again.

All the time growing up in Canada, we, her kids, had told her that you don’t stare at people like that. That it was considered impolite.

I gulped to swallow the omg, Mom, rising in me.

The woman, the latest one, stopped and said, “He’s in the hospital.”

“Oh, what is wrong?” my mother asked, forehead creasing with worry.

The woman explained her husband’s condition and said he was due home at the end of the week.

“Good,” my mother said. “I missed seeing you and your husband together.”

The woman with the visor said, “You’ll be seeing us together on the weekend!” and as soon as the words left her mouth, she looked less alone, a smile filling her face.

We waved goodbye and turned away, and made it to my park finally.

It was empty and we walked up the incline, talking about my kids. I told her about my deadline, how worried I was about meeting it, and she said what she always says. Insha’Allah, you’ll finish it.

She said it with that confident tone that made me believe it, every time.

Then she looked up. “Finally. Alhamdulillah.”

I knew who she was thinking of when she said alhamdulillah.

As we returned home, raindrops started gently falling. We passed the house of the woman whose husband was coming home soon, and then the woman who taught us a nifty trick for weeding, now gathering all the weeds into a yard waste bag.

We passed the lazy dog picking up its pace to get home again.

And the blades of grass, the poor things, that were going to be nourished. Alhamdulillah.

This time, I saw them all.

And it was so easy to also see why mothers-and-daughters always showed up in my books.

S. K. Ali is an award-winning and New York Times bestselling author of several books including the upcoming Misfit in Love. 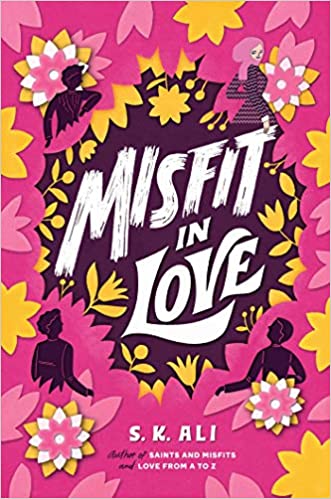 In this fun and fresh sequel to Saints and Misfits, Janna hopes her brother’s wedding will be the perfect start to her own summer of love, but attractive new arrivals have her more confused than ever.

Janna Yusuf is so excited for the weekend: her brother Muhammad’s getting married, and she’s reuniting with her mom, whom she’s missed the whole summer.

And Nuah’s arriving for the weekend too.

The last time she saw him, Janna wasn’t ready to reciprocate his feelings for her. But things are different now. She’s finished high school, ready for college…and ready for Nuah.

It’s time for Janna’s (carefully planned) summer of love to begin—starting right at the wedding.

But it wouldn’t be a wedding if everything went according to plan. Muhammad’s party choices aren’t in line with his fiancée’s taste at all, Janna’s dad is acting strange, and her mom is spending more time with an old friend (and maybe love interest?) than Janna.

And Nuah’s treating her differently.

Just when things couldn’t get more complicated, two newcomers—the dreamy Haytham and brooding Layth—have Janna more confused than ever about what her misfit heart really wants.

Janna’s summer of love is turning out to be super crowded and painfully unpredictable.

Where Romance and Pop Culture Live Happily Ever After.
All Posts
PrevPreviousSunday Brunch: A Chat with Authors Jenny Lee and Molly E. Lee
NextHow Rodeo are You? by Celeste CastroNext