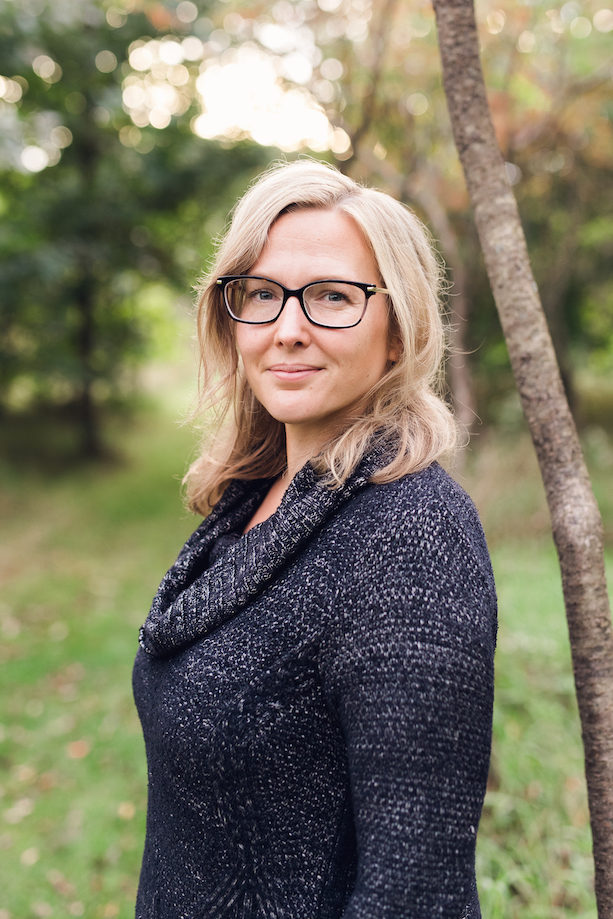 [Note From Frolic: Our resident YA expert Aurora Dominguez got the opportunity to interview author Jennifer Dugan  and ask her five(ish) questions. Jennifer’s novel ‘Hot Dog Girl‘ is out now!] 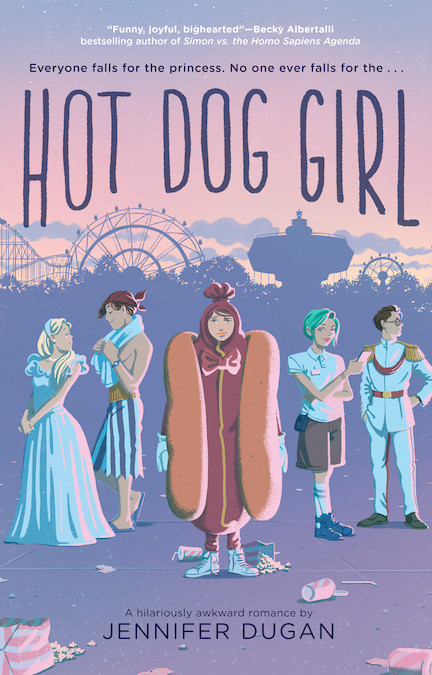 Jennifer: I first got the idea for Hot Dog Girl while visiting a local amusement park. An employee in a princess costume was hosting a dance off with some guests and I realized it would be such a great setting for a book! While I was super excited to write about teens who worked at a place like that, I also really wanted to make sure the main character reflected my own teen experience— which was awkward to say the least. I tend to relate more to the “quirky best friend” in books and movies, so it was important for me to give that type of character a chance to be front and center in their own rom-com.

I definitely relate to Elouise the most. Like her, I was prone to making decisions as a teen that—while usually well meaning—made my life a lot more complicated than it needed to be. I also struggled to fit in, had tons of bad ideas, and alternated between feeling invincible and feeling utterly breakable, just like she does throughout the book.  And, while I never dressed as a hot dog, I did spend one spring working as an Easter Bunny at an old garden center— so I definitely know the horror of being stuck in a hot, smelly costume all day.

There are a lot of young adult books tackling big topics right now, and they’re often done in a way that instills a sense of hope and empowerment without talking down to their readers. I think there’s a huge need for that, and people of all ages are hungry for it.

I also think there is just so much possibility during that stage of life. My teen years were some of the loudest and most intense times of my life. And while I’m a huge proponent of remembering that teens are and should be the primary audience for YA books, I completely understand why they also appeal to so many adults.

Hot Dog Girl is a summer rom-com that tells the story of Elouise Parker as she tries to win the heart of her crush, save an amusement park, and have the most epic summer of her life… all while stuck in a hot dog suit. It’s full of ridiculous schemes, strong friendships, terrible ideas, and, of course, love.

I have another contemporary YA coming out next year. We’re still finalizing the title, but it’s set in the comic book industry and follows two teens from feuding families as they navigate complicated home lives, terrible jokes, awkward flirting, love and loss among the comic book racks.

Generally, my novels begin with a single scene that pops into my head. From there, I have to write my way backward and forward until I find the rest of the story.

Once I have the initial scene, I immediately make a playlist. Figuring out what songs my characters love goes a long way toward helping me get to know them better and figuring out what makes them tick. I think playlists tell you a lot about a person, and I never write without one.

Aurora Dominguez is a high school English teacher, college professor and journalist in South Florida. Her work has appeared in The Miami Herald, Where Magazine and J-14 Magazine, all places where she worked as a writer and editor before going from the newsroom to the classroom. Her favorite days are "Caturdays," which she spends with a good book, her husband, Sebastian, and her cat, Luna. Her motto when it comes to reading: "No book left behind!"
All Posts
PrevPreviousLove YA: Top 3 Y.A. Reads for the Week of June 11th!
NextWhat’s On My Bucket List by Tina GabrielleNext