Best Sex I Ever Read: Funny Sex is the Best Sex by Amy Andrews

[Note from Frolic: We are so excited to have author Amy Andrews guest post on the site today. Amy Andrews has been reading romance novels for a very long time and considers herself an expert on the getting-naked–and-doing-the-wild-thing bits in all their stunning breadth and glory. No, that is not a penis reference. But, what really works for her and which scene is her absolute favourite of all time? ]

I don’t mean to brag or anything but, I’ve read a lot of sex. Trying to put a figure on it is an interesting exercise but why don’t we go ahead and do that? Looking across the years of my life since I first picked up a Carole Mortimer when I was eleven (39 years ago – eep!) I’ve probably read a couple of thousand romance novels and other books that include zee sexy times. And, now, I like ‘em hot so if you average a couple of sex scenes per book (but seriously, can I have more than that, please?) then…yeah, I’ve read a lot of sex.

All of this is to say – I know a thing or two about sex scenes.

I’ve learned a lot from sex scenes. And I’m not just talking about the craft of writing them. I learned that women had orgasms from romance novels. And that a good lover makes damn sure the person he or she is with has one – preferably more than one.

That’s not a bad takeaway as an impressionable teenager. Orgasms should be mutual. Hallelujah. And it wasn’t like I didn’t know about sex. I’d done the obligatory embarrassing classes where you had to label clinical pictures of genitalia and there was much talk about periods and wet dreams. I knew what went where and that sex was as much for pleasure as well as procreation. But there wasn’t a lot of time focused on the pleasure bit. Not a lot of big O chit chat if you know what I mean.

So romance novels filled that gap.

I’ve read a lot of amazing sex scenes since the age of eleven and there’s nothing I like more than an author who can put me right inside the action. I want to feel as wrecked and changed by the experience as the characters themselves.

But, by far, my favourite sex scenes are ones that make me laugh. And not in an embarrassed that-was-awkward way but in a big, belly laugh kind of way. The kind where noses are bumped, and heads are banged and people trip and watches get caught in hair and they discover there’s no condom at the worst possible time so one of them has to make a mad dash to the corner shop and someone comes too fast or doesn’t come at all and it’s disappointing in the funniest kind of way.

You know – those sex scenes.

Sure, a perfectly choreographed luuurve making scene is awesome. As previously mentioned, they sweep me away and I’m totally going to buy that author again and again because authors who write good sex are gold. But. They’re not the sex scenes I remember beyond the book or I go back and reread.

I remember the imperfect sex scenes the most. They are my catnip. Because they’re so human. In real life – and I’m all for escaping real life in romance novels don’t get me wrong – people do bump noses and can’t get their pants off properly and crick their necks in some acrobatic pose and get a cramp at a highly inconvenient moment and have their ass licked by their dog in the middle of it all. Real life isn’t a Hollywood sex scene and quite frankly it can be funnier than anything Tinsel Town can produce.

And they’re the sex scenes I remember. They’re the ones I reread. 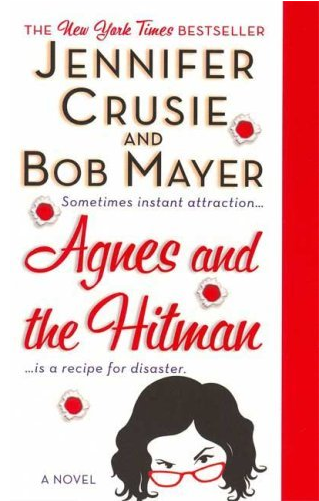 My favourite one of all is the first sex scene in Agnes And The Hitman which was co written by Jennifer Crusie and Bob Mayer. Now, Crusie has written some of my all time favourite funny, imperfect sex scenes so, in truth I could have chosen several of her books, but it is Agnes that wins the gong in my eyes because it’s also angry sex. If you can make angry sex funny then why don’t you just go ahead and take all my money?!

Agnes is a chef with major anger issues. There’s a lot going on her life not least of all someone’s trying to kill her and her uncle has sent a hitman called Shane to protect her. She’s just found out that her fiancé, Taylor, is married to someone else and she’s got him pinned against a wall with a very big, very sharp fork to his throat and is trying really hard not to kill him.

Shane disarms her and sends the ratfink packing. That only makes Agnes madder. So mad she’s tries to go after Taylor but Shane pulls her back and she’s struggling and cursing and trying to get out of his hold with every ragey molecule in her body and he’s trying to subdue her and they fall back onto a bed and she’s still struggling and he won’t let her go until she settles down and promises she’s not going to hunt Taylor down.

There’s a lot of heat and friction being created in this struggle and things start to shift and change subtly (which is so brilliantly done) and Agnes starts to think there might be better ways to burn off her anger because she really wants to pound someone so why not Shane? They have chemistry after all. Shane is not opposed to this idea and he’s the type of guy who’s happy to give a woman any kind of sex she wants even if it means dodging her blows.

It is hot and sexy and so, so, so funny.  Seriously, it is all the things and I cannot recommend it or this book highly enough.  I am lucky enough to own a signed – by both Jenny and Bob – hardback of this and it’s probably one of the few things I would run back into my burning house to save.

Yes. It is that good.

Amy Andrews has written 70 something contemporary romance novels. She likes to make her readers laugh, tingle and sigh. She was a registered nurse for many years which means she knows things – anatomical things – and is not afraid to use them! She lives by the ocean with the guy she fell in love with at first sight when she was sixteen years old. Find Her Here: http://amyandrews.com.au 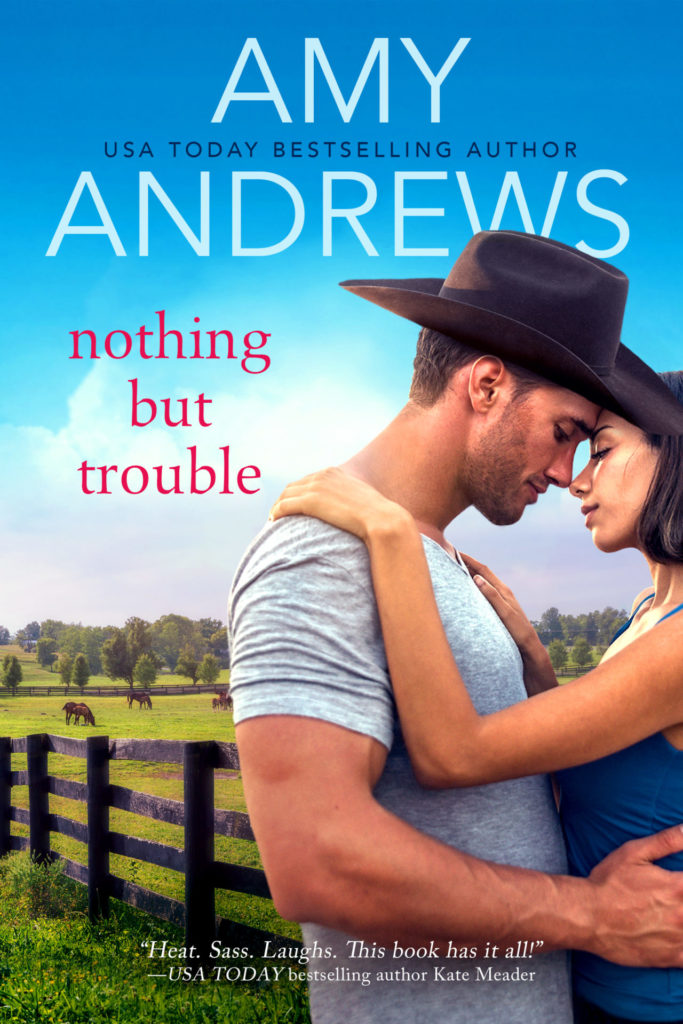 Nothing But Trouble by Amy Andrews

For five years, Cecilia Morgan’s entire existence has revolved around playing personal assistant to self-centered former NFL quarterback Wade Carter. But just when she finally gives her notice, his father’s health fails, and Wade whisks her back to his hometown. CC will stay for his dad—for now—even if that means ignoring how sexy her boss is starting to look in his Wranglers.

To say CC’s notice is a bombshell is an insult to bombs. Wade can’t imagine his life without his “left tackle.” She’s the only person who can tell him “no” and strangely, it’s his favorite quality. He’ll do anything to keep her from leaving, even if it means playing dirty and dragging her back to Credence, Colorado, with him.

But now they’re living under the same roof, getting involved in small-town politics, and bickering like an old married couple. Suddenly, five years of fighting is starting to feel a whole lot like foreplay. What’s a quarterback to do when he realizes he might be falling for his “left tackle”? Throw a Hail Mary she’ll never see coming, of course.

Where Romance and Pop Culture Live Happily Ever After.
All Posts
PrevPreviousDaily Frolic: A Prince on Paper is FINALLY here!
NextIn a World of Alpha Males, What’s Sexy About a Man Who Begs by Rebecca Grace AllenNext