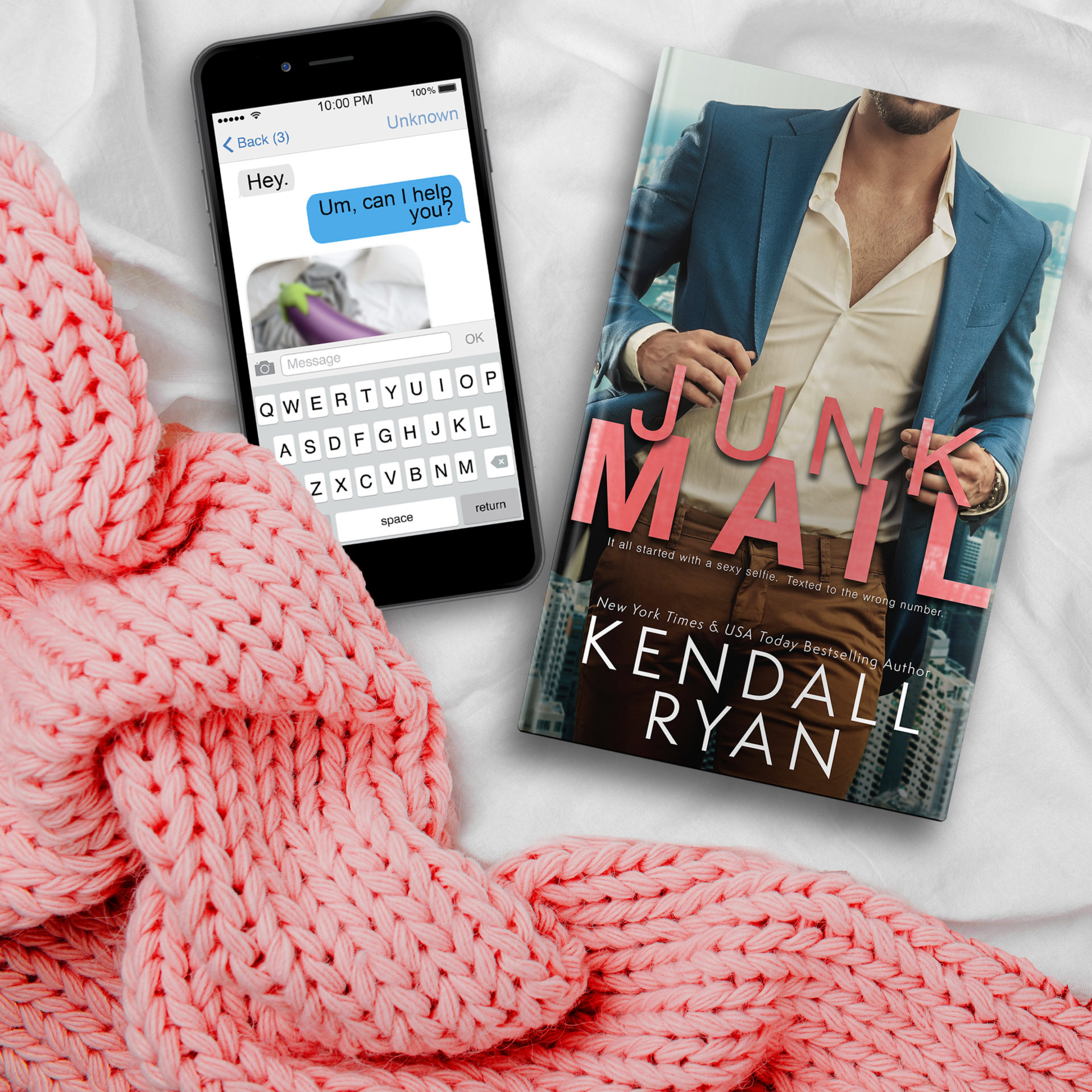 Kendall Ryan’s latest sexy page-turner, Junk Mail, releases April 23, and it’s another smile-inducing, laugh-provoking, sigh-worthy romantic comedy that you do not want to miss. And I’m thrilled to share an exclusive excerpt today on Frolic to get you excited to 1-click this feel-good reading experience. 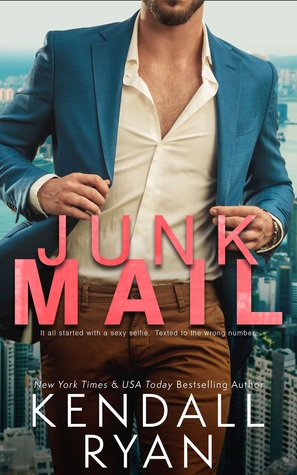 It all started with a sexy selfie.

Texted to the wrong number.

Not my finest moment—but I have nothing to be ashamed of.

She thought I was no better, and I quote, than the knuckle-dragging douche-bags she was never dating again.

It was a stupid dare from a girl I’d met online, but since she’d given me a fake number, I didn’t feel bad that my interests were suddenly focused elsewhere—on the fiery and sharp-tongued, Peyton that I found myself sparring with over text for the rest of the evening.

The following day, my case of mistaken identity came back to bite me in the banana.

When I strolled into the office, I was introduced to Peyton as the new client I needed to win over. The Peyton , in case you’re not tracking.

And let’s just say she had my full attention.

And the best part? She hated me on sight.

Dear God, do I love a challenge.

An unfamiliar voice brings my focus back up. A tall, broad-shouldered man with well-combed blond hair is holding out a hand to me.

Unsure of the protocol here, I glance from Josh to this blond stranger, then back to Josh. His jaw is clenched, his chest slightly puffed. Is he . . . threatened by this guy?

“She’s with me,” Josh finally says, grabbing my hand and lacing my fingers with his. My palm nestles into his, a perfect fit.

“My apologies, I beg your pardon.” The blond stranger gives us an apologetic nod and, with no further questions, turns to offer his hand to another potential dance partner.

“I’m with you, huh?” I smile up at Josh, squeezing his hand ever so slightly, just enough to remind him he’s still holding on to mine. And to my surprise, he doesn’t let go.

“Sorry, that came out wrong. I just meant work wise, we’re here to pound it out, right?”

I chuckle at his failed attempt at a joke while Josh shakes his head.

“Why is it that so much of the business jargon that’s used in offices and networking events around the country sounds so perverted?”

I raise one brow at him. “Maybe because it is?”

“Burning the midnight oil.” He winks.

“Doing the grunt work,” I say, my tone airy and flirtatious, and he chuckles.

“Sliding into your in-box.”

“I’m ready to go balls to the wall if you are.”

My smile turns into laughter, and Josh puts on a mock serious face.

“In all seriousness, I think we can get some great penetration for your product, Peyton.”

It’s all so easy with him. The joking, the small talk, the laughing. It feels like the most natural thing in the world. And something about that scares me a little. Why does the biggest professional thing I’ve ever had happen and the best-looking guy I’ve ever met have to intersect? I just hope I play this the right way and don’t screw up either opportunity—or worse, both of them. 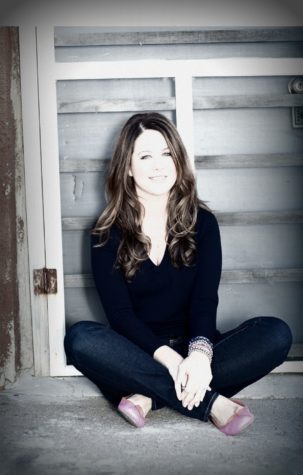 A New York Times, Wall Street Journal, and USA Today bestselling author of more than three dozen titles, Kendall Ryan has sold over 2.5 million books and her books have been translated into several languages in countries around the world.
Her books have also appeared on the New York Times and USA Today bestseller lists more than 70 times. Ryan has been featured in such publications as USA Today, Newsweek, and InTouch Magazine.

She lives in Texas with her husband and two sons.

Visit her at: www.kendallryanbooks.com for the latest book news, and fun extras.

Subscriber to the newsletter: http://www.kendallryanbooks.com/newsletter/

Mary Dubé is a displaced Texan, former burrito roller and retired number cruncher now living and reading in sunny California. When she’s not adding to her keeper shelf, she can be found teaching indoor cycling, bookstagramming, volunteering and pretending not to hoover over her teenager.
All Posts
PrevPreviousLift 4 Austim with Kennedy Ryan and Bid On All Your Bookish Needs!
NextThe Importance of Author Branding by Tracey Garvis GravesNext