Derek Milman: “I really wanted an out gay kid to be the hero in an adventure caper” 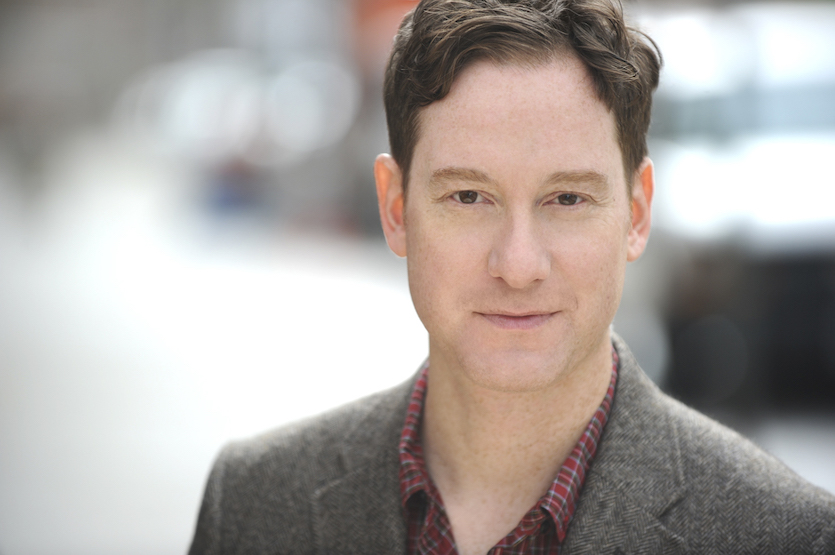 [Note From Frolic: Our resident YA expert Aurora Dominguez got the opportunity to interview author Derek Milman and ask him five(ish) questions. Derek’s novel ‘Swipe Right for Murder‘ is out now!] 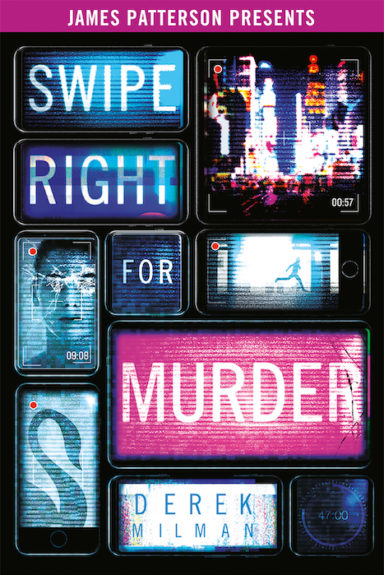 Derek: A lot of it was inspired by Hitchcock, growing up reading mystery books, and watching classic movies. But I really wanted an out gay kid to be the hero in an adventure caper; someone flawed, who seems all too real, who doesn’t always make the best decisions, and has a troubled past. I wasn’t interested in writing a saint. I’ve never really seen all that done before, and I thought it was time, especially in the context of a conspiracy thriller. I was also heavily inspired by the truly dark times we’re currently living in, and how young people can seek to make change (or not make change) while questioning their self-worth and trying to come to terms with their own identity.

I relate to Aidan the most, because he’s my MC, and we have a lot in common. He’s just trying to see goodness in a broken world; he’s trying to see past the darkness into the light. He’s also witty, sensitive, sharp, a little snarky, a little sloppy. He makes some serious mistakes, but he has a great heart.

Why do you feel mystery and thriller books are so popular and have such a voice right now?

I think young people, experiencing things like love and heartbreak for the first time, coming to a greater understanding of the world, and of humanity, has always been a big part of literature, it just wasn’t always called “YA” specifically, with a sizable chunk of the marketplace (and shelf space) devoted to it. But so many classic literary works have young people at the forefront of the story: Catcher in the Rye, To Kill a Mockingbird, The Old Man and the Sea, This Side of Paradise, The Secret History, Portrait of the Artist as a Young Man, Romeo & Juliet, to name a few. I think J.K. Rowling and the Harry Potter books came along, created the modern marketplace for young adult fiction, then authors like Stephenie Meyer and John Green carved out popular sub-genres like paranormal romance and contemporary YA, and ta-da, now we have the modern Young Adult novel, with characters whose diverse voices are so vital because they’ve been allowed to permeate pop culture more thoroughly.

It’s about a troubled 17-year-old named Aidan Jamison who gets swept up in a case of mistaken identity after a hotel hookup goes wrong. Aidan gets entangled with a homegrown terror group called The Swans (whose chilling manifesto Aidan can’t help but sympathize with) and he goes on the run, through NYC, Long Island, and the Adirondacks–from killers, the Feds, but really he’s running from himself. The story is dark, funny, emotional, intense, twisty, and it has a furious pulse–it’s always in movement. It’s a bit cyberpunk, it’s a bit urban noir, and hopefully readers will have a lot of fun getting lost in it. It’s also a bit of a techno-farce at times; it addresses the digital age, and how technology both strangles us and enables us, and how capricious all that really is.

I’m working–very slowly, haha–on a new LGBT YA contemporary about a secret society at a fictional New England prep school, and the troubled relationships, love and loss, that form around it. It’s based on a very real secret society at an Ivy League school, and it’s an intricate story that’s required an absolute ton of research so far, surprisingly. So it’s both rewarding…and kicking my ass.

Other art inspires me, so I will go gallery hopping, visit museums, see films, listen to a lot of music. All that’s very important to me at the early stages of the writing process, when I’m still trying to figure out the characters, the world of the book, and I will seek specific parallels. I always find inspiration through things other people have created, across many different kinds of mediums.

Aurora Dominguez is a high school English teacher, college professor and journalist in South Florida. Her work has appeared in The Miami Herald, Where Magazine and J-14 Magazine, all places where she worked as a writer and editor before going from the newsroom to the classroom. Her favorite days are "Caturdays," which she spends with a good book, her husband, Sebastian, and her cat, Luna. Her motto when it comes to reading: "No book left behind!"
All Posts
PrevPreviousLove YA: Top 3 Y.A. Reads for the Week of September 17th!
NextMeet Your Entertainment Match This Week!Next