Designated Survivor is the Presidential Drama You Need to Watch 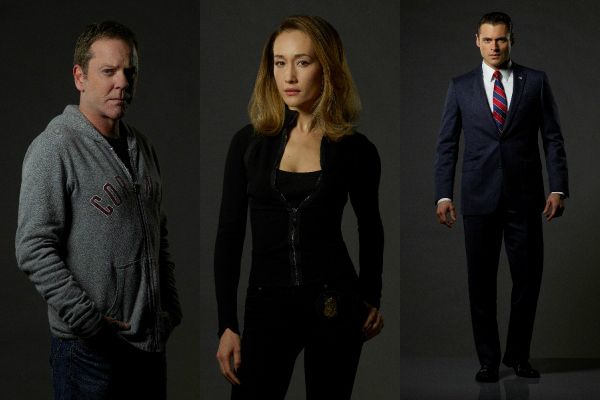 It’s been a while since we’ve been in civics class, but the Designated Survivor rule is one of the most fascinating aspects of American governmental policy. We won’t bore you with the details, but during the State of the Union, in which the President addresses all of Congress, one lower-level government official watches the proceedings from a different, undisclosed location, just in case the Capitol blows up. And that’s exactly what happens in Designated Survivor. In this über-compelling drama, family man Tom Kirkman finds himself leap-frogging from being the secretary of Housing and Urban Development to President of the United States in the blink of an eye. What follows is a twisty mystery and utterly mesmerizing narrative as a man with no experience attempts to lead the country. Here are four reasons you should binge Designated Survivor on Netflix.

In the first season, the mystery looms: who bombed the capital? There’s no one better to figure it out than FBI Agent Hannah Wells, played by Maggie Q. You’ll be on the edge of your seat with all of the twists.

That’s it. That’s the reason. Look at him. LOOK. AT. HIS. ADORABLE. SARCASTIC. FACE.

These two are both truly so hot, and their rivalry over who will end up as Tom’s chief of staff is one of our favorite parts of the first season. And there may be some romantic tension as well. But we won’t spoil that for you.

Designated Survivor ran for two seasons and was then picked up by Netflix for a third. Each season is compelling and unique. You’ll find yourself loving each one for different reasons!

What are you waiting for? Curl up with a blanket and some white cheddar popcorn and make your way through Designated Survivor this weekend.

Where Romance and Pop Culture Live Happily Ever After.
All Posts
PrevPreviousExclusive: Cover Reveal and Excerpt of Covet by Elena M. Reyes
NextDanielle Vega: “I grew up completely enamored with horror”Next