Dinna Fash, Sassenach: Seasons One and Two Of Outlander Are Now On Netflix! 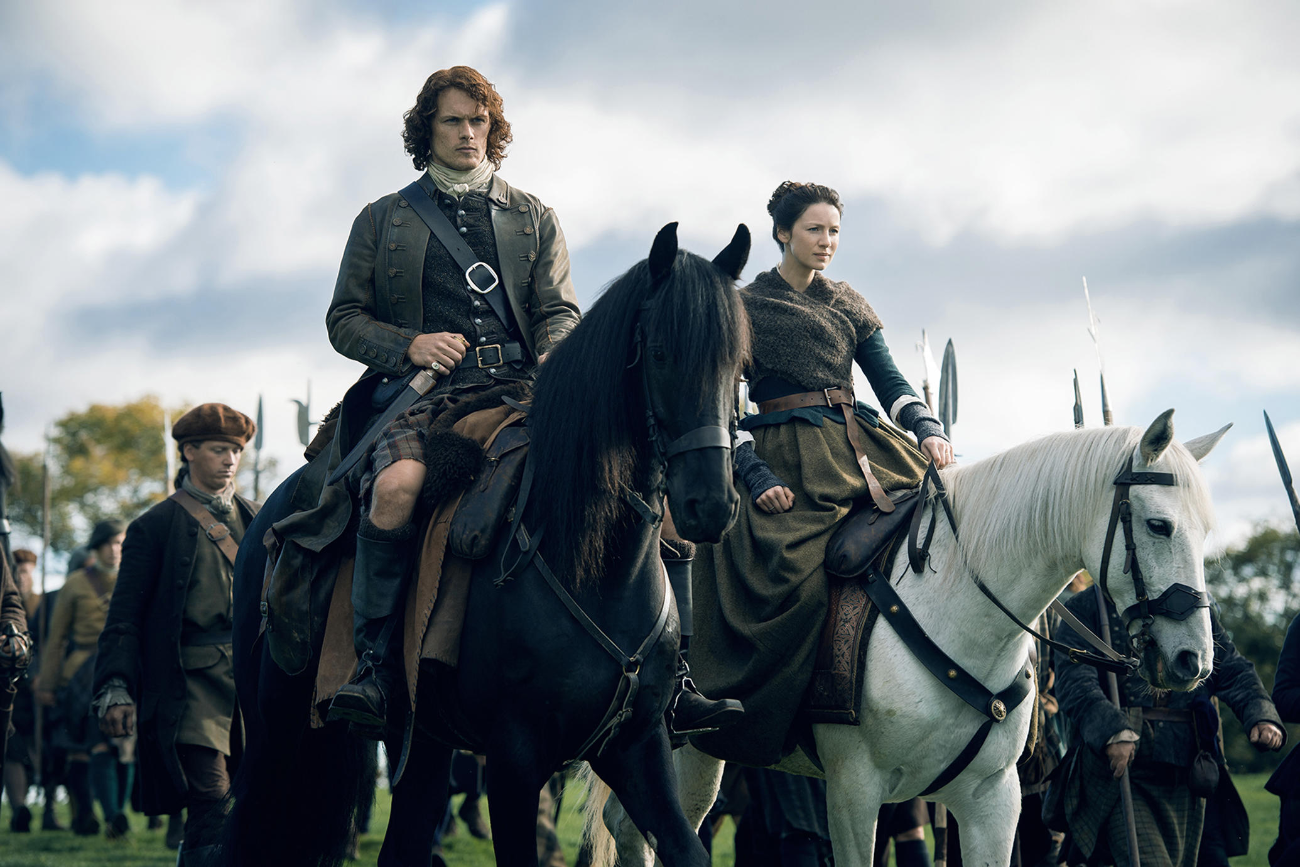 I’ve shared this in other articles before, but I will always have great affection for the television adaptation of Diana Gabaldon’s Outlander series. Binge-watching the show a couple summers ago made me realize that I craved more women-centered stories that were sexy and full of agency. A friend recommended Tessa Dare’s When A Scot Ties the Knot, and all of a sudden I was a full-fledged romance reader!

So it brings me great joy to know that the first two seasons of the show are now available in the United States on Netflix! Whether you’ve binged all the episodes before or you’re an Outlander newbie, here are some things to get pumped about now that the show is on one of the most popular streaming services!

The Theme Song is My Jam

I may be old fashioned, but I can almost never use the “Skip Intro” button on Netflix and similar services. A good television theme song gets me in the right headspace, and Outlander’s theme song is perfect! It starts out chill and swoony, and by the time it crescendos with bagpipes I find myself singing along like a dork at the top of my lungs.

The Cast Is Stellar

Outlander’s top stars, Catriona Balfe and Sam Heughan have incredible, sizzling chemistry. But even when they’re not sharing flirty or steamy scenes, the two of them manage to create believable characters who are so much fun to follow! They’re not the only ones who make the show special.

Tobias Menzies is tasked with a job that is very likely pretty thankless: playing the dual roles of Frank Randall in the 1940’s and Captain Jack Randall in the distant past. Even when he’s disgustingly awful, he still manages individual moments of charisma and charm.

The cast is sprawling, with funny Highlanders, proper English soldiers and all kinds of interesting characters from different walks of life.

What A Love Triangle!

The drama of the first episodes of Outlander is plenty compelling: Claire has accidentally time-traveled back to what the ladies of the Heaving Bosoms podcast would call “Highlander Times.” She is swept up in all kinds of interesting adventure at the Scottish Castle Leoch, and ends up experiencing sizzling sexual tension with a young red-haired hottie by the name of Jamie Fraser. But—oh no!—she has a husband waiting for her back in her own time!

What drama! What will she do?? (Okay, I think we all know what she’ll do. But it’s still fun to watch).

One of the things I loved about watching the earliest episodes of Outlander is the way the show embraces an implied heterosexual female gaze. So much of media, even media that is created with feminine viewers in mind, is made with scripts and camera angles that support an implied cisgender heterosexual male perspective.

As I mentioned above, I first discovered Outlander on a summer day when I was searching for entertainment. Though it’s far from fluffy (there are some deeply serious storylines in the second half of season one and beyond), Outlander allows for a unique mental escape.

A show that gives you sweeping Scottish vistas, dudes in kilts and melodramatic plotlines is the perfect choice for lazy summer viewing!

Let’s all rejoice, then: Outlander is now more accessible for the masses!

Erin Phelps is a lover of swoony romance novels, superb television and movies, and splendid comedic podcasts! In addition to writing for Frolic, Erin works at a fun customer service-oriented job at a salon. Sometimes, she can even be found teaching Women’s and Gender Studies at her local college! Her love language is well-constructed pop culture references and her favorite treat is a caramel latte.
All Posts
PrevPreviousThat Time I Wrote a Romance Novel About Stephen Amell by Lexi Blake
NextTrope Rec Tuesday: Bespectacled Heroes in RomanceNext