Eva Gibson: “Every truly good story, for me, begins and ends with the characters.” 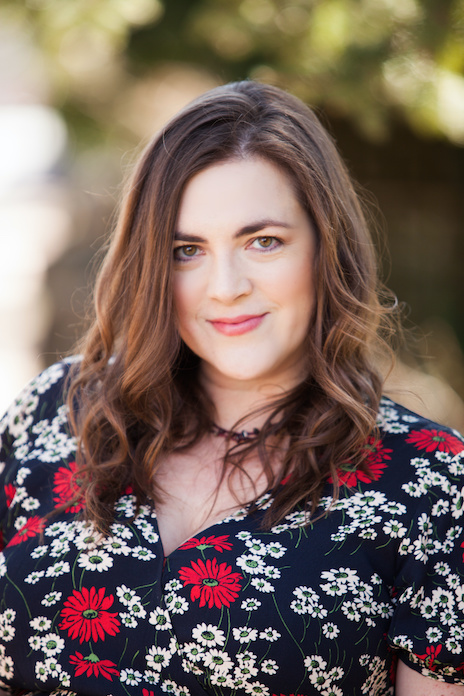 [Note From Frolic: Our resident YA expert Aurora Dominguez got the opportunity to interview author Eva Gibson and ask her five(ish) questions. Eva’s novel ‘Together We Caught Fire‘ is out now!] 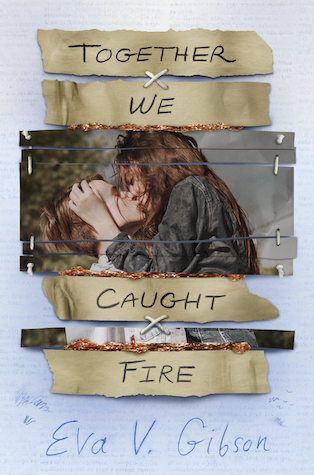 Eva Gibson: Years ago, I experienced a loss that set in motion a chain of events beyond my control, and forever altered my confidence in myself, both as a mother and a human being in general. In the aftermath, what struck me most was the sense of unspoken expectation that I move on quickly and efficiently, disrupting as little as possible in life’s routine. When I was thoroughly unable to do so, I felt I was somehow failing at grief. I was left wondering why I still carried so much of it with me; why it appeared to be so far removed from day-to-day life yet continued to surface in my thoughts and actions.

I started writing this book as a way to let those dark feelings manifest and be released. As I wrote, I was able to step back from the first-person perspective of my grief and ponder it from the standpoint of those tangentially affected. What would my family look like without me in it? How would my choices trickle down to my children? What would life be for my infant daughter, if her only impression of me was a deliberately empty space? The seemingly unrelated, sudden-blended-family plot is the catalyst for Lane’s own past-due dismantlement of her mother’s trauma, how it became her legacy, and the exploration of the ways tragedy can stick to those most deeply linked to it, long after the rest of the world has moved on.

I can easily pinpoint aspects of my own personality in each of the four main characters, especially in the ways they each react to challenges and obstacles—Grey’s fierce ambition, strangely contrasted with the profound desire to avoid conflict; Sadie’s struggle to maintain a positive outlook and outwardly bright façade in situations beyond her control; Connor’s intensity, and his determination to overcome every single last ounce of fear and weakness at all costs. Ultimately, I think I most relate to Lane, and how she copes with her corner of the world by keeping her head down and immersing herself in art, while minding her own business and trying to be a good person without straying too far from her bubble. There are plenty of characteristics in each of them to love and to criticize, which I think reflects the reality of most humans, however we like to think of ourselves.

Every truly good story, for me, begins and ends with the characters. The plot, the setting, the world-building—none of it matters without well-drawn, fully formed characters that pull the reader into pages and make them feel seen. When I read a book, I want it to make me part of the experience—and when you can see yourself reflected in a distinct, dynamic character, it raises the stakes and expectations. The story is more compelling; the conflicts are more devastating. The reader is more invested in everything that happens, which makes those emotional highs and lows hit that much harder. More than anything, I think finding a character or a story that speaks to readers makes them feel less alone in their own struggles—it’s a sign that someone, somewhere, understands.

Together We Got Fire is definitely heavy on the steamy encounters and relationship drama, but it’s important to note that this is not a lighthearted romance novel. While the surprise stepbrother element does make for plenty of awkward moments and secondhand cringe, the story, as a whole, deals with a lot of darker themes: death and suicide, reproductive and mental health issues, trauma survival, homelessness, and substance abuse. The use of art and creativity for both therapeutic and avoidant purposes is woven throughout the story, and the characters, while ultimately good-hearted, are nevertheless flawed, and not always nice.

But most of all, Together We Got Fire explores the ways in which grief tends to linger—Lane is more than a decade removed from the loss of her mother, and appears to live a fairly normal life. That loss persists, however, in nearly everything she does. When the events of the book stir those memories and upend what balance she’s managed to achieve, she has to decide whether it’s worth it to confront the realities of what it will take to heal, and whether a life marked by trauma is something she wants to live at all. So it’s likely a little lighter on the fluff and more entrenched in tragedy than one might expect from a book with such heavy romantic overtones. But again, that’s part of the point—how so many of our thoughts and actions contain undercurrents of buried trauma, whether we realize it or not.

My second standalone novel from Simon Pulse, Where Secrets Lie, is a coming-of-age YA contemporary, in which two cousins agree to put aside their differences to search for their best friend’s missing sister, after a devastating falling out the summer before. As they dig deeper into the dark history of their small town, all three friends must confront the truths that tie their families to tragedy, confront their own ingrained biases and toxic upbringings and beliefs, and atone for the damage they’ve inflicted upon each other and themselves. It’s angsty and tragic, and deals with difficult and disturbing subject matter. But it’s also romantic, nostalgic, emotional, and very much a story about the strength of love, loyalty, and family, both blood and chosen. Where Secrets Lie is tentatively scheduled for release in 2021.

I’ve read so many great books, by so many talented people, and could never pick an “all-time favorite” writer, but I can’t get enough of authors who write gorgeous, raw stories that don’t hold back, sugar-coat their language, or try to sanitize their characters and the struggles they face. Tiffany Jackson is phenomenal at this, as are Courtney Summers, Robin Wasserman, Rachel Lynn Solomon, and Kathleen Glasgow, to name just a few. It’s absolutely inspirational for someone like me, who gravitates to stories with flawed, fierce narrators and devastating storylines, to see these authors and their books gaining traction; to know there’s an audience for the types of things I’m drawn to write, and that my own work may one day find its way into the hands of a reader who needs it.

Aurora Dominguez is a high school English teacher, college professor and journalist in South Florida. Her work has appeared in The Miami Herald, Where Magazine and J-14 Magazine, all places where she worked as a writer and editor before going from the newsroom to the classroom. Her favorite days are "Caturdays," which she spends with a good book, her husband, Sebastian, and her cat, Luna. Her motto when it comes to reading: "No book left behind!"
All Posts
PrevPreviousFrolic Podcast Network Weekly Wrap-up: Revisions, Parenthood in Romance and More!
NextBooks that Prove that Magic and Science can Live TogetherNext