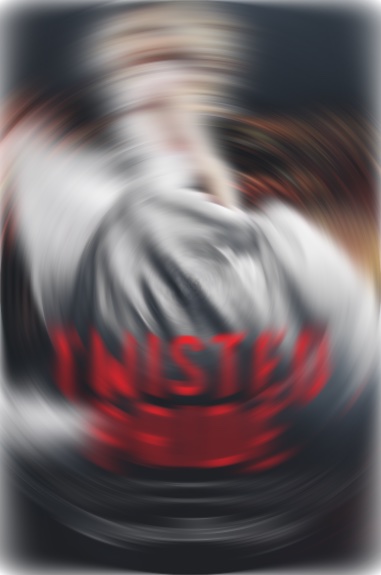 We are so lucky to bring you the beautiful cover for Cora Reilly’s new novel Twisted Pride! 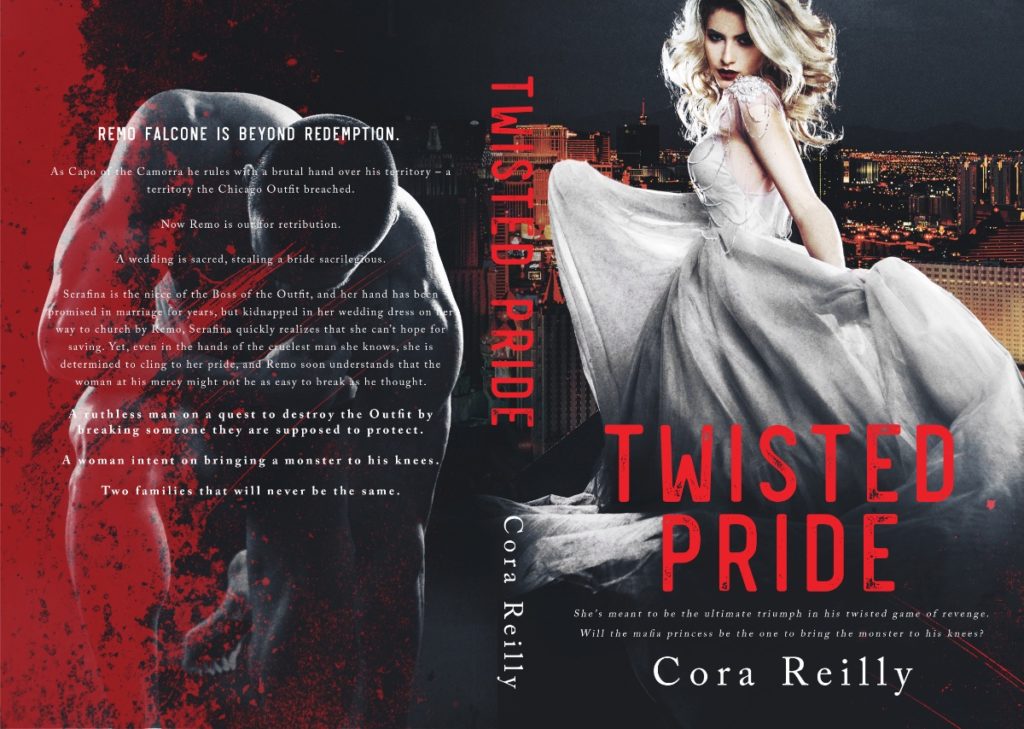 Remo Falcone is beyond redemption.

As Capo of the Camorra he rules with a brutal hand over his territory – a territory the Chicago Outfit breached.

Now Remo is out for retribution.

A wedding is sacred, stealing a bride sacrilegious.

Serafina is the niece of the Boss of the Outfit, and her hand has been promised in marriage for years, but kidnapped in her wedding dress on her way to church by Remo, Serafina quickly realizes that she can’t hope for saving. Yet, even in the hands of the cruelest man she knows, she is determined to cling to her pride, and Remo soon understands that the woman at his mercy might not be as easy to break as he thought.

A ruthless man on a quest to destroy the Outfit by breaking someone they are supposed to protect.

A woman intent on bringing a monster to his knees.

Two families that will never be the same.

Distantly I heard myself screaming. I tried to get out of the blood but the ground was slippery. I twisted around, holding onto the shower walls. And then I saw the rest of the cell. The entire floor was covered in blood, and amidst it all stood Remo, tall and dark, knife still gleaming in his hand. His chest and arms were smeared with blood. Red. Red. Red. Everywhere.

I was still screaming, and screaming until I couldn’t scream anymore because there was no air left in my lungs. And I could not breathe.

Remo sheathed his knife and stalked toward me.

I flailed, trying to get away, from him, from the blood, from the sight of the dead man behind Remo.

And my feet slipped on the floor and I was falling. My knees sank into the blood, my hands followed.

Remo pulled me up, my body pressed against his, and the smell of blood filled my nose. I clutched at his shoulders for balance. And then I pulled one hand back and it came away red. And one glance down. Red. My skin. Red. Everything red.

I started struggling against his hold. I fought with all I had. “Please,” I gasped out. Remo lifted me in his arms and I had no fight left in me. He carried me through the cell barefooted and stepped over the dead man. When had he got rid of his shoes?

A hysteric laugh bubbled up my throat, but turned into a sob. Too much.

Remo walked into another cell and set me down on the floor of the shower. I sank down, curling up on my side, unable to stay in a sitting position. My chest was heaving but I wasn’t breathing. Through my foggy vision I watched Remo getting out of his bloody clothes and coming toward me. Naked. I didn’t register more than that.

I closed my eyes.

He moved his arms under my knees and back, and lifted me once more. Then cold water splashed down on me and I sucked in a deep breath, my eyes shooting open. Remo shifted with me in his arms, leaning forward, his forehead pressed against the tiles as he looked down at me. His body shielded me from the cold water raining down on us, and his dark eyes held mine. “It takes a while before the water gets warm down here,” he said calmly.

So calm. My eyes searched his face. Eerily calm. No sign that he had just killed a man in a barbaric way. I shuddered, my teeth shattering. Even when the water turned warm my teeth kept clanking together, and they didn’t stop even when Remo stepped back out of the shower with me still in his arms.

Where Romance and Pop Culture Live Happily Ever After.
All Posts
PrevPreviousThe Meet-Cute Enthusiast: Top Five Meet Cute Reads
NextDaily Frolic: Clean your body and dirty your mind with these novelty soapsNext