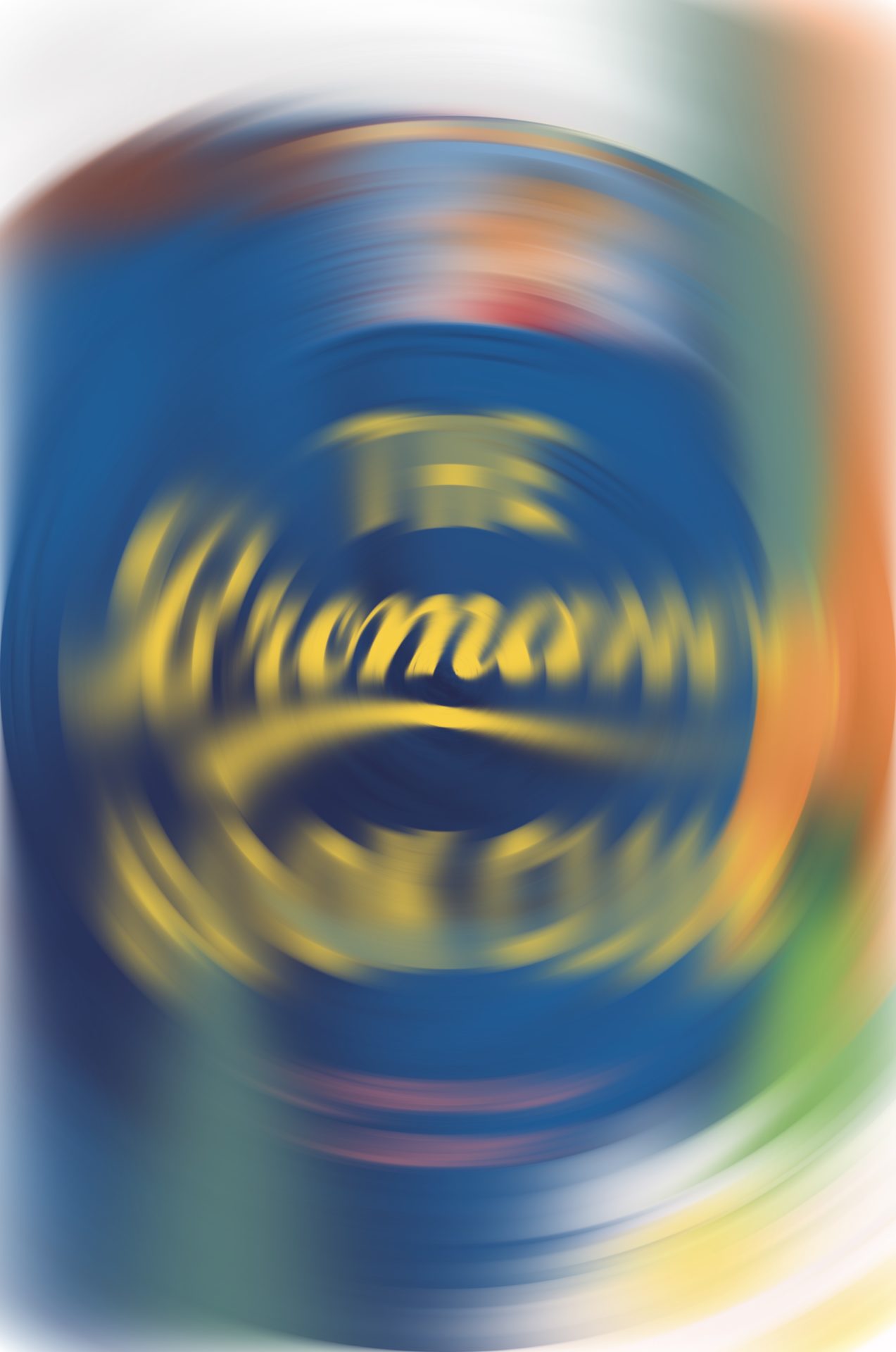 This is one book cover you don’t want to miss and one we can’t wait to show you!

About The Bromance Book Club by Lyssa Kay Adams

Nashville Legends second baseman Gavin Scott’s marriage is in major league trouble. He’s recently discovered a humiliating secret: his wife Thea has always faked the Big O. When he loses his cool at the revelation, it’s the final straw on their already strained relationship. Thea asks for a divorce, and Gavin realizes he’s let his pride and fear get the better of him.

Welcome to the Bromance Book Club.

Distraught and desperate, Gavin finds help from an unlikely source: a secret romance book club made up of Nashville’s top alpha men. With the help of their current read, a steamy Regency titled Courting the Countess, the guys coach Gavin on saving his marriage. But it’ll take a lot more than flowery words and grand gestures for this hapless Romeo to find his inner hero and win back the trust of his wife. 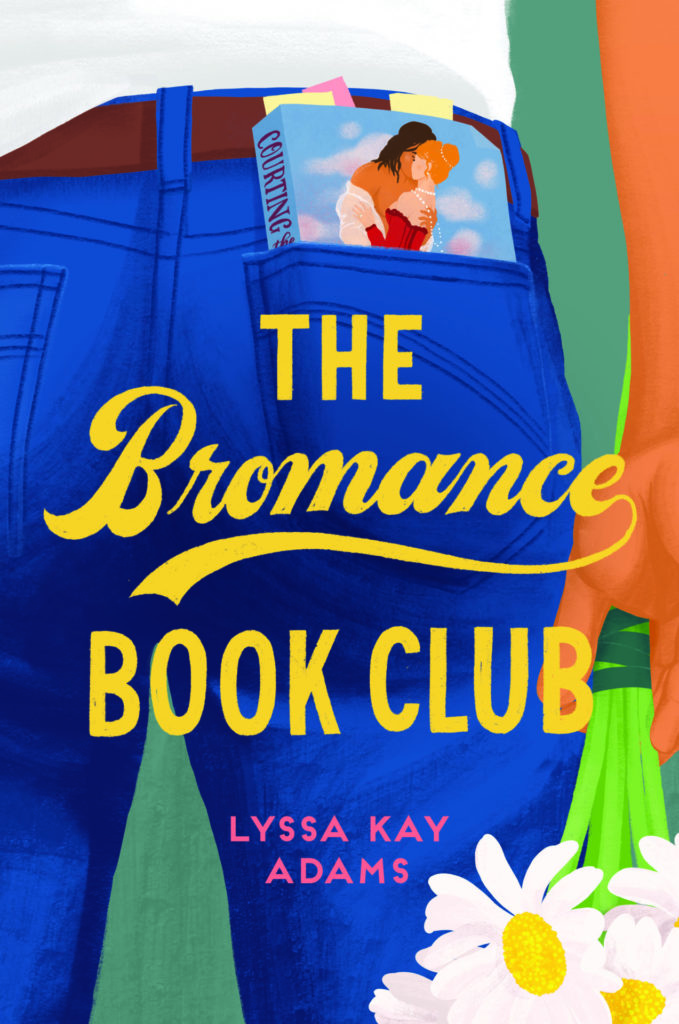 Gavin slumped in the passenger’s seat of Del’s truck, the smell of the pizza, chicken wings, and other snacks in the backseat threatening to break the cease fire in his stomach. It had been several hours since he last threw up, but the spicy odor of buffalo sauce warned that could easily change. “I kissed her.”

Del swore. “I specifically told you not to go see her!”

“And I definitely did not give you permission to kiss her.”

“You do. But more importantly, you need hers. Shit.” Del banged his hand on the steering wheel. “You might have set yourself back weeks with that stunt.”

Gavin didn’t argue because he had the sinking feeling Del was right. If Thea could’ve gotten her hands on a frying pan, she might’ve bashed him over the head with it. After pushing him away, she’d told him he had no right to kiss her like that and ordered him to leave.

But there’d also been a moment when she leaned into him, opened for him, let her tongue tangle with his, and breathed a little sigh. A real sigh. It was brief, but in that moment his wife had kissed him back. So maybe he hadn’t completely struck out.

Del hung a right and merged onto the freeway. The inside of the car glowed yellow from the lights of oncoming cars heading into downtown Nashville for a night of honky-tonks. They drove for nearly fifteen minutes until Del exited near Brentwood, a subdivision outside the city where many athletes and country stars lived.

Gavin preferred Franklin. A lot of celebrities lived there, too, but the historic, tree-lined streets gave it a small-town feel. They lived in a normal neighborhood, not a stuffy mansion-filled subdivision. Their house was within walking distance of a little downtown where the girls could get a library book and an ice cream cone, and where they had become regulars at the local diner with its cracked vinyl booths. The only tourists they ever got there were Civil War buffs who wanted to tour the local battlefield.

Gavin was skeptical at first when Thea suggested they live there. His salary could afford something more lavish. But when he saw the way her eyes lit up when she pulled up the listing for the 1930s brick Craftsman on her phone app, there was no way he was going to push for anything else. And now he wouldn’t give up their small-town lifestyle for anything.

Except he almost had.

Five minutes later, Gavin balanced five boxes of pizza and four cartons of wings up a manicured sidewalk. “Whose house is this?”

By the ostentatious display of sports cars in the garage, Gavin feared they were at Asshole-Ate-My-Apple’s house.

He was right. The door swung open, and Mack greeted them with a snort. “Hey, look who’s finally sober.”

Gavin shoved the pizzas and wings at him. “Hey, look who’s still a dick.”

“You two need to knock that shit off,” Del growled, walking in.

Mack swung the door shut with his foot. “All in good fun, right, man?”

Del turned around. “Everyone here?”

“Yeah,” Mack said. “In the basement. Is he ready for his initiation? I have to get that sheep back to the farm by midnight.”

Gavin scowled at that, but he trailed behind them through the soaring entry way and past a wide, curved staircase. Beyond that, they entered a kitchen twice the size of his and Thea’s. The sound of voices grew louder as they approached a door that led to the basement.

Gavin waited for Mack and Del to go first.

“Food’s here,” Mack announced, turning a corner at the bottom of the stairs. A round of voices harrumphed manly approval followed by several about times.

“Are we late?” Gavin asked Del’s back.

“Nah. They just got here early to finalize the plan.”

Gavin grabbed the back of Del’s shirt. “Hold up. What plan?”

“The plan to get Thea to take your stupid ass back,” Del said, turning the same corner that Mack disappeared around. “A plan you made a helluva lot harder today.”

Gavin sucked in and let out a breath, hovering on the last stair. Finally, mustering his courage with a reminder that this was about saving his marriage, he followed Del.

Ten of Nashville’s movers and shakers—professional athletes, business owners, and city officials—stood around an elaborate bar, shoving each other aside as they dove into the pizza and wings. Del dumped the paper bag of other snacks. Several bags of chips fell out. A single green apple rolled onto the floor.

Mack shook his head as he picked it up. “You are one petty bastard.”

“Everyone hurry up,” Del said. “We gotta get started. Dipshit here kissed his wife today.”

The room exploded. Heads swiveled. Chairs toppled. A hockey player in the corner swore in Russian.

A dude he recognized as Malcom Hill, running back for the Nashville NFL team, choked on his beer. “Did you at least ask permission first, or was it a sneak attack kiss?”

Yan smacked the back of his head. “That’s grand gesture shit, man! You can’t do that yet.”

The guys gave him varying degrees of dirty looks as they gathered their plates and headed for a massive game table on the other side of the basement.

“Gavin, come on. Time to get started.”

Swiping his apple off the counter, he dragged his feet toward the one remaining chair.

Del cleared his throat and stood. “Everyone ready?”

They finished in unison. “You don’t talk about book club.” 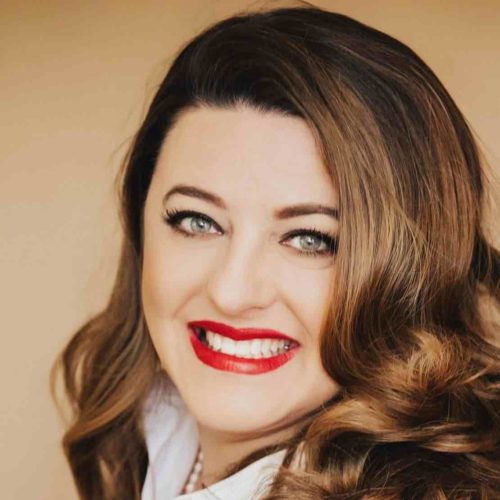 Lyssa Kay Adams read her first romance novel in eighth grade after swiping one from her grandmother’s book shelf and was hooked forever. After a nearly 20-year career as a journalist, her dreams of writing and publishing her own HEAs came true in 2015 with the release of her first novel, Seventh Inning Heat, followed by the RITA-nominated novella, Wild in Rio. Today, she writes full-time from her home in Michigan with a pesky, fluffy K9 assistant named Domino who spends most of his day snoring on her desk (that is, when he’s not burying things around the house).

Where Romance and Pop Culture Live Happily Ever After.
All Posts
PrevPreviousFebruary Romantic Suspense Round-Up! 3 Books to Get Your Hands On ASAP
NextDaily Frolic: This Couple Finds Their Happily Ever After Every Week in ‘Bohemian Rhapsody’Next