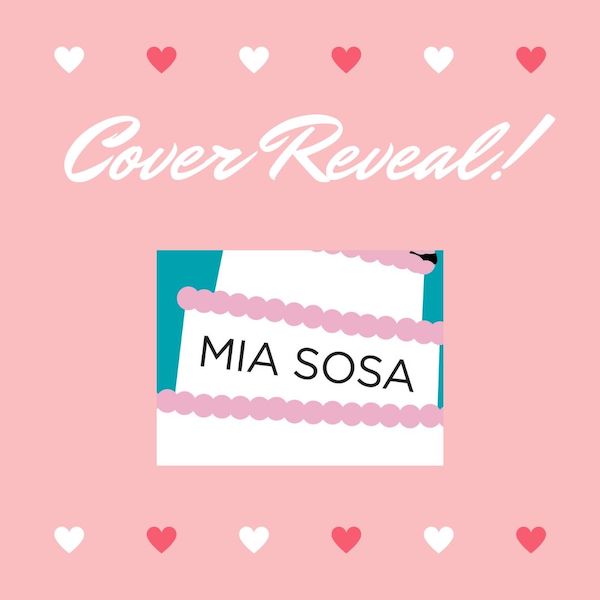 Hi, Frolic readers! I (and the Frolic team) am so excited to share the cover reveal of Mia Sosa’s upcoming Avon title, The Worst Best Man. It’s releasing February 4, 2020. Huge Mia fan here so thank you Mia for trusting me for this reveal. The book speaks to me so loudly; I know I will have so much fun while reading this, the colors on the cover make it pop so HARD and it’s Mia Sosa, like I know I will adore this romance story so much. 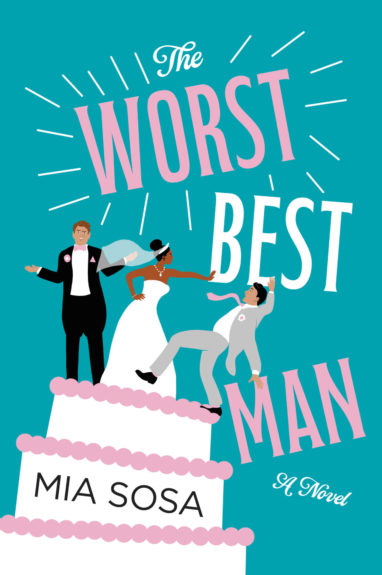 About The Worst Best Man

A wedding planner left at the altar. Yeah, the irony isn’t lost on Carolina Santos, either. But despite that embarrassing blip from her past, Lina’s managed to make other people’s dreams come true as a top-tier wedding coordinator in DC. After impressing an influential guest, she’s offered an opportunity that could change her life. But there’s just one hitch… she has to collaborate with the best (make that worst) man from her own failed nuptials.

Tired of living in his older brother’s shadow, marketing expert Max Hartley is determined to make his mark with a coveted hotel client looking to expand its brand. But then he learns he’ll be working with his brother’s whip-smart, stunning—absolutely off-limits—ex-fiancée. And she loathes him.

If they can survive the next few weeks and nail their presentation without killing each other, they’ll both come out ahead. Except Max has been public enemy number one ever since he encouraged his brother to jilt the bride, and Lina’s ready to dish out a little payback of her own.

Soon they discover animosity may not be the only emotion creating sparks between them and the more time they spend together, the more Lina realizes she may be wrong about Max. But this star-crossed couple can never be anything other than temporary playmates because Lina isn’t interested in falling in love and Max refuses to play runner-up to his brother ever again.

Mia shares with us a little behind-the-scenes information about the cover!

Silvana: So how’d this cover come about, Mia? Any behind-the-scenes info you can share?

Mia: Months ago, my agent, Sarah Younger, and I brainstormed cover ideas during a call. We quickly came up with the wedding cake topper idea, which we thought would emphasize the fun and flirty nature of the story. Next, my older daughter, knowing it was an enemies-to-lovers story, suggested an illustration of the hero being kicked off the cake. (She is absolutely thrilled that we ran with her concept and has already charged me a small design fee.) For the heroine’s dress and veil, I used my own wedding reception photos as a frame of reference, and somehow the illustrator nailed the look I was going for on the first try. Dozens of small tweaks followed—font, hair color, cake layers, jewelry, and the like—until we settled on this final cover. I absolutely love it, and I hope you do, too. My favorite detail is the way the hero’s shoe is sinking into the piped frosting on the top layer of the cake; it’s a small feature, but I smile every time I focus on it.

I’m grateful to everyone who had a hand in bringing this cover to life, but I want to give a special shout-out to William Morrow/Avon Art Director Ploy Siripant for her in-house design work; freelancer Nathan Burton for the fun illustration; my editor, Nicole Fischer, for seeing and communicating my vision; and super agent Sarah, for being just as invested in the details as I was.

Mia Sosa writes funny, flirty, and moderately dirty contemporary romances that celebrate our multicultural world. A graduate of the University of Pennsylvania and Yale Law School, Mia practiced First Amendment and media law in the nation’s capital for ten years before trading her suits for loungewear (read: sweatpants). Born and raised in East Harlem, New York, she now lives in Maryland with her college sweetheart, their two bookaholic daughters, and one dog that rules them all. Find her here: https://www.miasosa.com/

Hi, I'm Sil! 21. Mexico. she/her pronouns. I am the owner of the book blog, The Book Voyagers, where I blog and review books. Mainly, I focus on recommending and reviewing diverse books written by marginalized authors. You might also know me for doing book aesthetics and just shouting in capital letters about new books releasing. I'm a big fan of Adult Romance, but I also love Young Adult especially contemporary fiction and fantasy.
All Posts
PrevPreviousThe Gender of Tropes: We Love Our Tropes…And We Need to Change Them.
NextDaily Frolic: Gina Torres is going to be in ‘The Hating Game’ movie!Next