We are so excited to share the exclusive cover reveal for Dating Makes Perfect by Pintip Dunn, out September 1st! 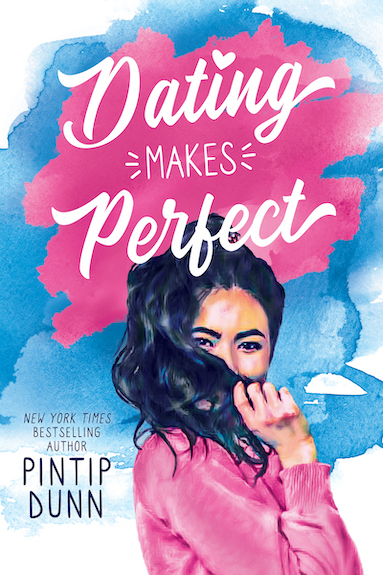 But simply because they’re not allowed.

Sixteen-year-old Panida just wants to find herself since her older sisters have deserted her for higher education. Midnight karaoke parties are *not* the same when there’s only one of you. Too bad her parents have other plans.

In a move that other Asian American girls know all too well, one month after the older Tech twins got to college, her parents asked, “Why aren’t you engaged yet?”

Her sisters retaliated by vowing that they won’t marry for ten (maybe even twenty!) years, not until they’ve had LOTS of dating practice.

So now, her parents have declared war on the status quo. Not only must their youngest daughter, Panida, date in high school in order to practice her relationship skills, but she must do so under their watchful eyes.

The Techs will decide when, where, and how each date occurs. And with whom. *Especially* with whom.

Their first candidate? The son of their long-time friends, Mat Songsomboon— arrogant, dreamy, and infuriating.

Panida’s known him since they were toddlers throwing sticky rice balls at each other —and he would be the perfect person for her to practice dating.

If only he weren’t her sworn enemy. 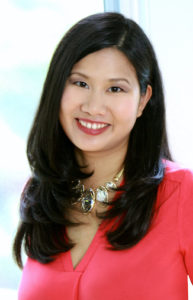 Where Romance and Pop Culture Live Happily Ever After.
All Posts
PrevPreviousModern Love Poems: This Space Between Us by Shrutee Choudhary
NextDaily Frolic: A Perfectly Bookish PendantNext