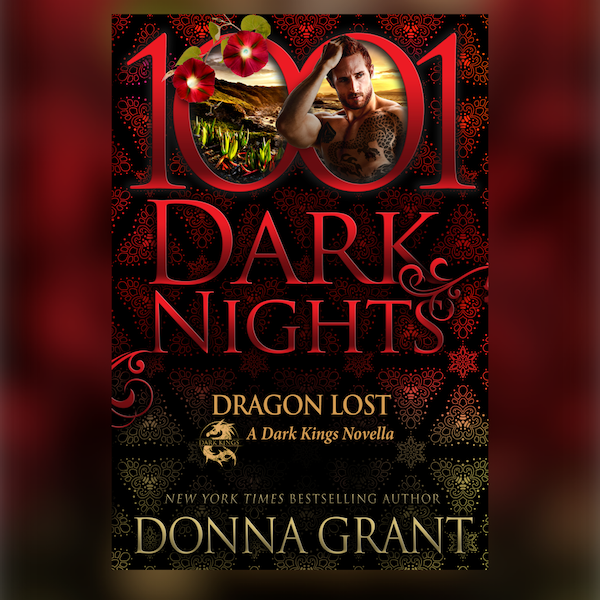 We are so excited to bring you an exclusive excerpt of Dragon Lost by Donna Grant, out now!

Destinies can’t be ignored. No one knows that better than Annita. For as long as she can remember, it’s been foretold she would find a dragon. A real-life dragon. She’s beginning to think it was all some kind of mistake until she’s swimming in one of the many caves around the island and discovers none other than a dragon. There is no fear as she approaches, utterly transfixed at the sight of the creature. Then he shifts into the shape of a thoroughly gorgeous man who spears her with bright blue eyes. In that instant, she knows her destiny has arrived. And the dragon holds the key to everything.

All Royden wanted was to find an item his brother buried when they were children. It was supposed to be a quick and simple trip, but he should’ve known nothing would be easy with enemies like the Dragon Kings have. Royden has no choice but to trust the beguiling woman who tempts him like no other. And in doing so, they unleash a love so strong, so pure that nothing can hold it back. 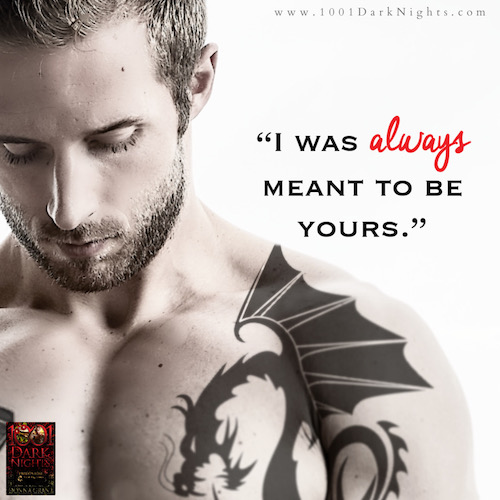 Royden looked away. He hadn’t lied to her yet, and now that the opportunity presented itself, he found he couldn’t. She had seen him. He’d had the chance to shift before she came into the cavern, and he hadn’t. Why? He’d been asking himself that from the moment the torchlight fell upon him.

The survival of the Dragon Kings depended on the mortals not knowing of their existence. There were a select few humans not mated to a King who knew about them, but it was rare. And with the Others out to destroy them, the Kings had to be extra careful.

His silence was answer enough. They both knew that. He might not have defined who he was, but she had seen him. He’d allowed her to see him. That was the most perplexing part of all.

“I’ve always loved this cave,” Annita said into the silence. “Ever since the first time I discovered it. I come here often. My sister and I explored every inch of this one day long ago. She didn’t like the dark, but there’s something about this place that makes me feel safe.”

She cocked her head to the side. “Oh?”

He looked around, thinking back to when he was a youngling, long before he was a Dragon King and ruling his clan. “Many beings use caves as homes.”

“This was your home?” she said, her eyes brightening. “Of course. It’s large enough for you, not that I got to see all of you. I just caught a glimpse. But you’ve come to look for something,” she said, changing the subject. “I’d like to help. If you’ll allow me.”

“The best thing you can do is leave and forget me.”

“That’s not going to happen.” She made a sound and shook her head. “I’ve known for years that I was going to find a dragon. Part of me thought it might be a toy dragon or some relic from my ancestors, but Yaya knew it would be a real beast. She knew it would be you. I’m meant to see you, and that couldn’t have happened for me to just forget. Wouldn’t you agree?”

“I’m no’ sure I’m in a place to make those kinds of decisions.”

“Are you not in command of your life? Shouldn’t you be able to make those choices?”

Royden chuckled. She certainly had a way of putting things. “Aye. I’m in charge of my own destiny.”

Despite deadlines and voracious reading, Donna still manages to keep up with her two children, four cats, and one long haired Chihuahua.

Where Romance and Pop Culture Live Happily Ever After.
All Posts
PrevPreviousDaily Frolic: Netflix’s “Love is Blind” is Truly Wild
NextRomance Unlaced: First Children, Then Love in Historical RomancesNext