Exclusive: Excerpt of The Princess Problem by Christi Barth 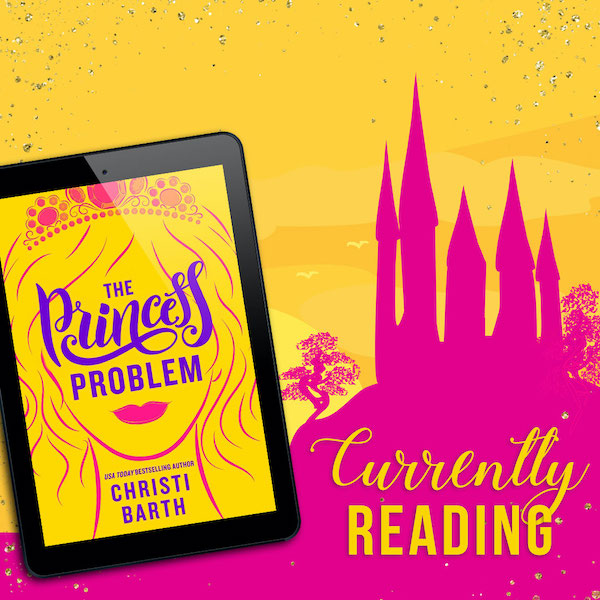 We are so excited to bring you an exclusive excerpt of The Princess Problem by Christi Barth, out now!

About The Princess Problem:

What girl doesn’t want to wear a tiara? Me. The one who lives in yoga pants and knows she’s not special enough to be a princess.

One minute I’m starting my dream life in NYC, and the next, a man too hot for his own good is banging on my door, telling me that I’m a long lost princess of a country on the other side of the Atlantic.

Not exactly your typical Friday night in the Big Apple.

Suddenly, all of my plans for the future are yanked away. I’m trapped in a life filled with social obligations—and stilettos!—and an uptight royal family I didn’t know existed. They, and the whole rest of the freaking country, have lofty expectations I’m not sure I can meet.

At least the aforementioned sexalicious man, Elias, is my constant shadow, protecting me with his life. The whole situation is overwhelming. So I’ve secretly put him in charge of my happiness, too…and he’s taking my orders very, very seriously.

So seriously, I’m falling for him even harder than the new country I’m coming to…maybe…love.

And that’s a major problem, because he’s crazy about me, too. I may not know all the zillion rules about being royal, but I know one for sure: No way can a princess date her bodyguard… 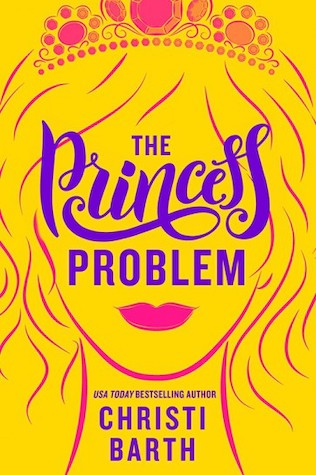 “My life—the brand new life I just started—is gone. Nobody seems to care about me,” Kelsey thumped her chest as her voice cracked, “the actual person in here behind the princess title. Except for you.”

Her aching vulnerability tore into Elias like a sword straight through his gut. It tore through the rules and protocol and every layer of common sense.

All that was left was a man watching a lost, lonely woman. It was blindingly obvious what she needed. So he wrapped his arms around Kelsey and hugged her.

She didn’t cry, or even tremble. But she did heave in a deep sigh, and when she let it out, her whole body relaxed into his. Except for her arms, which slid into a tight embrace around his waist.

He knew he should move. Readjust.

He didn’t care about should. Elias only cared about making Kelsey feel better. Feel like herself.

Feel that he did, indeed, care for her.

Finally, Kelsey lifted her head from where it rested on his collarbone. “Thank you.”

“You’re—” but before he could finish the phrase, Kelsey kissed him.

It was just a soft, faint brush of lips over lips. Probably meant to be nothing more than a continuation of her thanks. Except that something sparked between them. The one, faint touch instantly morphed into more. Elias honestly couldn’t say which one of them consciously deepened the kiss. It felt organic.

They clung to each other, and that soft brush grew into a real kiss. The kind he gave after a date where everything clicked, where he and the woman connected deeply. The kind he hadn’t given anyone in many, many months.

Kelsey’s beauty had struck Elias from the moment that flimsy, splotched apartment door opened. But then, as she stood her ground with such determination, as she sassed him on the plane, as she approached every step of this journey with such bravery, his feelings had changed. The involuntary, primal acknowledgement of wanting her body had flipped over into wanting her.

The pressure between their lips, between their bodies intensified. Elias moved his lips harder against hers. Kelsey pushed right back. They kissed and kissed and suddenly their tongues were tangled, tasting and teasing.

Elias groaned. God, she was delicious. Sweet. Tantalizing. And so soft every single damn place they were touching.

His hands slid up through the silk of her hair to tilt Kelsey’s head back, to deepen his angle. But then he immediately slid one palm down her back to keep her pressed close. To keep those firm breasts rubbing against his chest as she swayed her upper body.

It didn’t make up for the fact they were seated side by side, that their hips and legs and bellies weren’t rubbing together. But it was damned sexy, especially sexy, paired with the breathy little moans she kept exhaling.

“Elias,” she murmured, as his lips moved down the tantalizing column of her neck. God, he just wanted to keep going. Push that prim and proper sweater out of the way and keep lapping at the pale skin that he couldn’t get enough of.

His subconscious had just saved him. Tossing out that automatic title had been the necessary reminder that he wasn’t only kissing Kelsey. Elias was making out with a Princess of the Realm.

Also? He was making out with his best friend’s little sister.

USA TODAY bestselling author Christi Barth earned a Masters degree in vocal performance and embarked upon a career on the stage. A love of romance then drew her to wedding planning. Ultimately she succumbed to her lifelong love of books and now writes award-winning contemporary romance, including the Naked Men and Aisle Bound series.

Christi can always be found either whipping up gourmet meals (for fun, honest!) or with her nose in a book. She lives in Maryland with the best husband in the world.

Where Romance and Pop Culture Live Happily Ever After.
All Posts
PrevPreviousDaily Frolic: This is the Best Tweet of the Decade
NextBook of the Week: Royal Holiday by Jasmine GuilloryNext