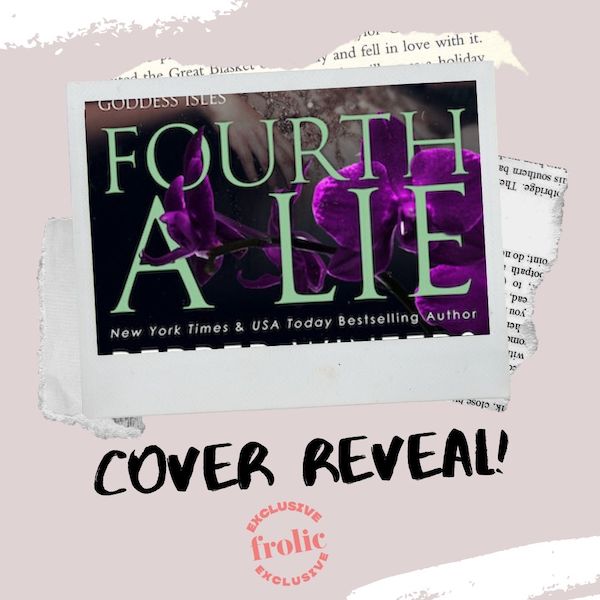 We are so excited to bring you the beautiful cover reveal & exclusive excerpt of Fourth a Lie by Pepper Winters, out May 19th! 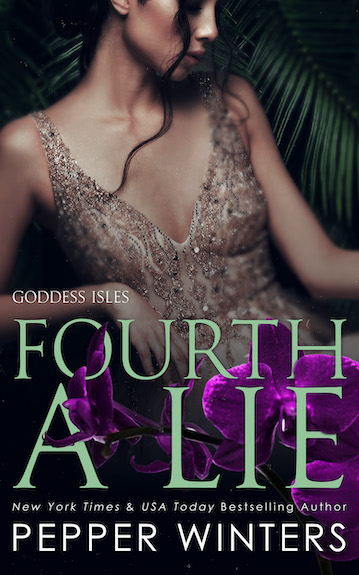 About Fourth a Lie:

“There was a truth once. Truth we shared in the dark and scribed scars upon our hearts.

There was a lie once. A lie that shattered our hard-earned truth apart.”

Eleanor Grace did the unbelievable. She fell for a man who trades in women, dabbles in myth, and has the morals of a cold-hearted beast. However, love isn’t enough where past sins are concerned and only pain can follow.

Sully Sinclair did the impossible. He gave his trust to a goddess who has the ultimate power to break him. Unfortunately, paradise is just an illusion, his islands aren’t impenetrable, and now he has to pay the price.

A war they can’t stop.

A future that doesn’t bow to fate.

SULLY SINCLAIR USED MASKS and murky morality to hide who he truly was. Our first meeting painted him as the villain, the procurer of women, and the ruthless mogul of his Goddess Isles.

However, day by day, spark by spark, his masks slipped, one by one, revealing that I wasn’t a lunatic to fall head over heels for such a monster. I was justified because he was worthy.

Worthy of trust and love and a happily ever after.

Pain that sometimes cost far too much.

I wished we’d been immune to such a trial.

I wished Sully was an only child.

I wished he didn’t have a brother called Drake Sinclair.

And what was worse?

He ruined it all.

The spark, the bond, the happily ever after.

Sully made me come alive.

Drake made me want to die. 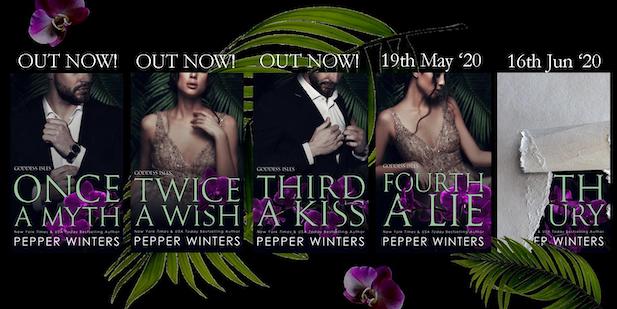 Pepper Winters is a New York Times, Wall Street Journal, and USA Today International Bestseller. With a catalogue of over twenty titles, she’s hit the bestselling lists over thirty times.

She loves romance, star-crossed lovers, and the forbidden taboo. She strives to write a story that makes the reader crave what they shouldn’t, and delivers tales with complex plots and unforgettable characters.

After releasing two books with Grand Central, Hachette (Ruin & Rule and Sin & Suffer) Pepper is a Hybrid Author of both Traditional and Self-published work.

Represented by Trident Media, her books have garnered foreign interest and are currently being translated into numerous languages, including already released titles in Italian, French, Hebrew, German, and Turkish. Audio Books for her entire back-list will be available soon

Where Romance and Pop Culture Live Happily Ever After.
All Posts
PrevPreviousAdvice for Fairy Tale Characters in the Age of Coronavirus by Lynda Cohen Loigman
NextDaily Frolic: Cute Gifts to Send to Your FriendsNext