Exclusive: Gone with the Rogue by Amelia Grey Excerpt 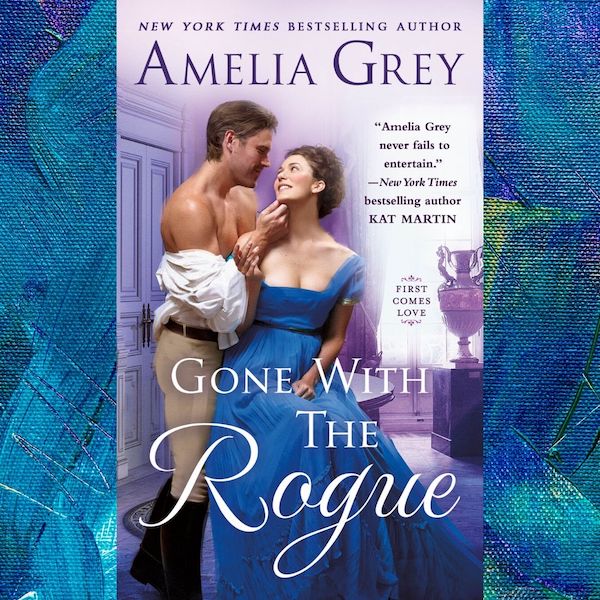 A powerful handsome rogue finally meets his match in a fiercely independent widowed mother in Gone with the Rogue, the second book in the First Comes Love series from bestseller author Amelia Grey.

About Gone with the Rogue:

The sinking of the Salty Dove took her husband’s life — but it didn’t drown Julia Fairbright’s courage to endure. She creates a proper life for herself and her young son. But now, the ton’s most notorious rogue is back, and how he makes Julia feel is anything but proper. She can’t deny the desires he awakens in her, even though she knows that the handsome devil will surely break her heart.

Garrett Stockton owns a successful shipping company and is rumored to have a woman on every continent and half a dozen in England. The truth, however, is that Garrett has but one mistress: the wide-open sea. That is, until he meets Julia, whose spirit of independence matches his own. What begins as a flirtatious battle of wits turns far more passionate than either of them could have imagined. Suddenly, Garrett’s only desire is to sail into the sunset with Julia as his wife and young Chatwyn as his son. But she won’t take his hand. How can he convince her that his love is real and his heart is hers?

She saw a gentleman walking his horse straight toward her as if he’d known she was ensconced among the branches. Her normal calm threatened to desert her. She hoped he would pass without a whiff of notice. Carefully, she drew her feet closer together, and lifted the hem of her dark plum-colored skirt to the tops of her walking boots to conceal herself further into the tree that thankfully was still in the full bloom of summer.

Julia couldn’t see the man’s face from her vantage point with the brim of his hat riding low, plus the way he held his head down as if he were a determined man on a mission. He was powerful-looking with wide, straight shoulders and long, lean legs that were fitted into shiny black knee boots that had short leather tassels at the top. They seemed to wink at her with every step he took. There was no doubt he had the strong, confident stride of a man who knew his place in the world, what he wanted and didn’t care what others thought.

To her surprise and annoyance, he didn’t pass by her but stopped at the base of the tree and patted the horse’s neck. The fine cut and fabric of his coat suggested he was a gentleman, but she didn’t recognize him. Carefully watching him, she wondered why he tarried. She started imagining what he could be doing. Was he pausing to take a drink from his flask, or a late-afternoon nap in the last sun rays of the day? But then an entirely different idea crossed her mind. Maybe he was waiting to have a tryst with a woman.

And that’s what caused Julia’s moment of panic and the loud gasp that gave away her position.

The horse tossed its head and shuddered. The man looked up.

“What the deuce are you doing up there?” he asked incredulously, looking as startled as she was.

“Nothing,” she answered defensively, tamping down her horror at being caught, yet somehow managing not to be completely mortified by the unfortunate event.

She was now sure she’d never seen the man before. And even more sure he was no gentleman. Gentlemen removed their hats — or at the very least pushed them farther up their foreheads — when meeting a lady. Even if said lady was in a tree. He did neither.

Focusing on his face, she took in his full, nicely shaped brows, angular cheekbones, and slightly square chin that made him as handsome as any man she’d ever seen. She watched his gaze skim over her, too, just slowly enough to cause a curl of feminine interest to shimmy in her chest. At that, the heat of the afternoon swelled heavily around her, flaming her already flushed cheeks.

Staring up at her with a quizzical expression, he offered, “That’s a rather odd place to be standing around and doing nothing.”

But true. She’d long since given up on finding the strength to break the durable tatting thread, tear the well-made fabric, or twist in two the branch that held her captive. She must have sworn a hundred times already that she’d never trap another butterfly in a net to give it closer inspection no matter how much her son pleaded.

Realizing she still held the tail of her dress above her boots, she quickly released it and said, “Never mind about me, sir. I don’t know who you are, and you should be on your way.”

Sweeping his hat off his head, he tossed it on top of his saddle without taking his gaze from hers, and with a teasing glint in his eyes he said, “Mr. Garrett Stockton at your service.”

Julia almost gasped again. She knew the name and the man’s reputation as a rake and a man who didn’t obey anyone’s rules. He was said to have a mistress on every continent and more than half a dozen in London alone. She could understand why. He was a handsome devil — just as she’d heard. Strangely, their paths had never crossed when he was in London. He wasn’t the kind of man she’d forget meeting.

There was a building in St. James that bore the name Stockton Shipping Company, and it was his. She’d heard talk about the intriguing sea adventurer fighting pirates, and having the Spanish armada chasing his ships. Looking at him, she supposed it could be true. The gossip in Society seemed to be that whenever he was invited to parties every young lady in attendance wanted him to take her out on the dance floor. Julia wondered why the gossip wasn’t that all the ladies wanted him to take them into the garden for a forbidden kiss.

But now wasn’t the time to keep thinking about how attractive he was or peruse her memory for more gossip about him. She had to figure out how she was going to get out of this with some of her dignity intact.

She needed him to go away and forget he ever saw her.

Julia wasn’t sure whether he recognized her name as the daughter-in-law of the influential Duke of Sprogsfield. Mr. Stockton pushed both sides of his dark blue coat behind him, rested his gloved hands on decidedly slim hips, and continued to stare.

He wasn’t making this easy for her. Did he think a lady wanted to be caught in a tree by a stranger — or by anyone? Usually Julia could control whatever situation in which she found herself. But this afternoon everything had gone wrong. 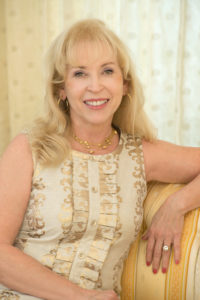 New York Times and USA Today bestselling author Amelia Grey read her first romance book when she was thirteen, and she’s been a devoted reader of love stories ever since. Her awards include the Booksellers Best, the Aspen Gold and the Golden Quill. Writing as Gloria Dale Skinner, she won the coveted Romantic Times Award for Love and Laughter and the prestigious Maggie Award. Her books have sold to many countries in Europe, Indonesia, Turkey, Russia and most recently to Japan. Several of her books have also been featured in Doubleday and Rhapsody Book Clubs. Amelia is the author of over twenty-five books, including the Heirs’ Club trilogy and the Rakes of St. James series. She’s been happily married to her high school sweetheart for over thirty-five years, and she lives on the beautiful gulf coast of Northwest Florida.

Where to Find Amelia:

Keira Soleore writes for the International Examiner and Cogitations & Meditations. She enjoys connecting with readers on Twitter (@keirasoleore) and through her website (www.keirasoleore.com). Her interests include medieval manuscripts, philosophy, poetry, picture books, choir, sunshine and beaches. Keira is a pseudonym.
All Posts
PrevPreviousI Like My Heroines a Little Messy by Liz Talley
NextDaily Frolic: After the Climb by Kristen AshleyNext