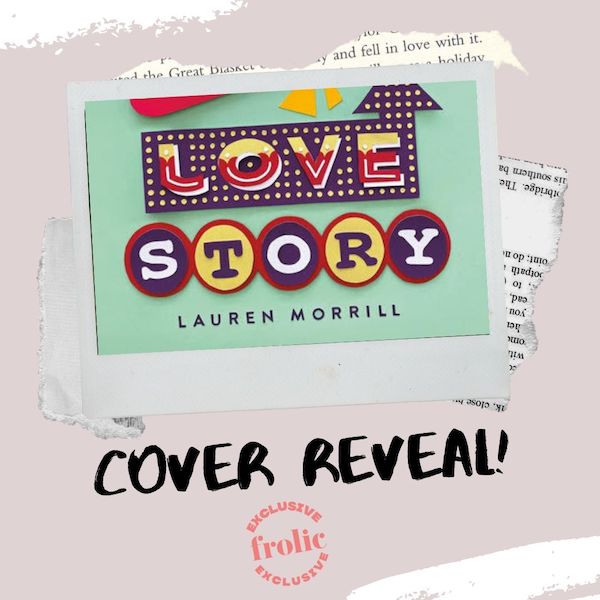 We’re so excited to bring you the cover of Lauren Morrill’s It’s Kind of a Cheesy Love Story! 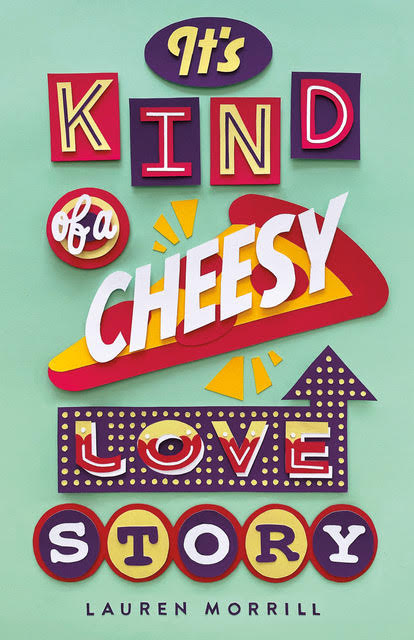 It’s Kind of a Cheesy Love Story by Lauren Morrill

All’s fair in love and pizza …

Beck is sick of being known as the Hot ‘N Crusty Bathroom Baby. After her mother gave birth to her in the bathroom of a local pizzeria, she’s been given the dubious honor of having minor fame, free pizza for life, and a guaranteed job when she turns sixteen—a job she unfortunately can’t afford to turn down.

Now she’s stuck with her weird co-workers instead of hanging out with her best friends (and her epic crush).

But maybe the pizza people aren’t all bad. Maybe that pizza delivery guy is kind of cute. And maybe there’s a way to make this Bathroom Baby thing work for her. Because when disaster strikes the beloved pizza place that’s started to feel like home, she’s going to need a miracle – one that might even mean bringing her two worlds together.

I was born on the bathroom floor of Hot ‘N Crusty Pizza.

My mother, not realizing that those stomach pains she’d been feeling for the last several hours were, you know, labor, decided that she was craving a slice with pineapple and green olives and just had to have it. I wish I could blame that abominable combination on pregnancy hormones, but it’s still her order to this day.

She made it exactly three steps into the restaurant before she gripped my father’s arm like she was on the first hill of a roller coaster and told him that she no longer wanted pizza, she wanted this baby out. When my mother tells this story (and she tells it a lot), she leaves out the string of colorful expletives she let loose. But when Mom’s not there, Dad likes to fill in the gaps.

Anyway, once they realized that their first child was about to come rip roaring into the world in a locally owned pizza parlor, my dad quickly dragged my mother to the bathroom.

“I don’t know, it seemed like the place to go when your wife’s about to give birth,” is all he’ll say by way of explanation, even though public restrooms don’t exactly scream sterile.

A pimply-faced employee named Jordan was the first person to spring into action, yanking one of the red-and-white-checked tablecloths off a booth and sprinting after my parents, spreading it out on the floor. My mother lay down, and I—along with a metric ton of goo—made my appearance into the world. It all happened very quickly, which is how a teenage pizza cook ended up serving as midwife. The ambulance didn’t even arrive for another fifteen minutes, because no one thought to call 911 until I was already screaming from the floor of the handicapped stall.

When I finally arrived at the hospital, seven pounds, six ounces and smelling of garlic, there was already a TV camera waiting for me. Apparently, news of the incident had been picked up on a police scanner, so a plucky blond local reporter by the name of Molly Landau had yanked her cameraman into the news van and raced to Brook Park Memorial Hospital.

My parents used to pull out the DVD of the very first news spot at least once a year, but these days we can just search for it on YouTube. In it you can see me all red and squishy and asleep on my mom’s chest. Mom is wearing a hospital gown, looking pretty good for someone who just gave birth with no medical professionals in attendance. But I’m clad in a brand-new onesie that reads i’m hot ’n crusty. Del DiMarco, the owner of the pizza parlor, apparently had a flash of inspiration and raced down to a local print shop to have the thing made. After its TV debut, he started making all his employees wear T-shirts with the phrase emblazoned across the front.

The short spot features my father, mother, and Jordan the pizza midwife describing the miracle of life while standing an arm’s length away from an automatic flushing toilet. It became quite the sensation. I was mentioned on national morning talk shows. I was the feel-good story on several cable news channels, breaking up the endless discussion of wars and political scandals. I was even featured in People magazine.

Because not only did my story have a happy ending, Del had also generously gifted me with free pizza for life and a guaranteed job upon my sixteenth birthday. What a lucky girl I was!

It was my first taste of fame.

But unfortunately not my last.

Lauren Morrill is the author of six YA novels. NPR called her last novel, Better Than the Best Plan, “a perfect summer read.” Mashable called her “one of those rare authors who tweets more about others’ books than her own,” but her publicist would like her to tweet a little bit more about her own books. She’s working on it. Lauren grew up in Maryville, Tennessee, graduated with two degrees from Indiana University, spent four years playing roller derby in Boston, and now lives in Macon, Georgia with her husband and two sons. laurenmorrill.com

Where Romance and Pop Culture Live Happily Ever After.
All Posts
PrevPreviousTrope Rec Tuesday: Diverse Cowboy Romances To Read After ‘A Cowboy to Remember’
NextExclusive: Songbird by Cecilia London Cover Reveal & ExcerptNext