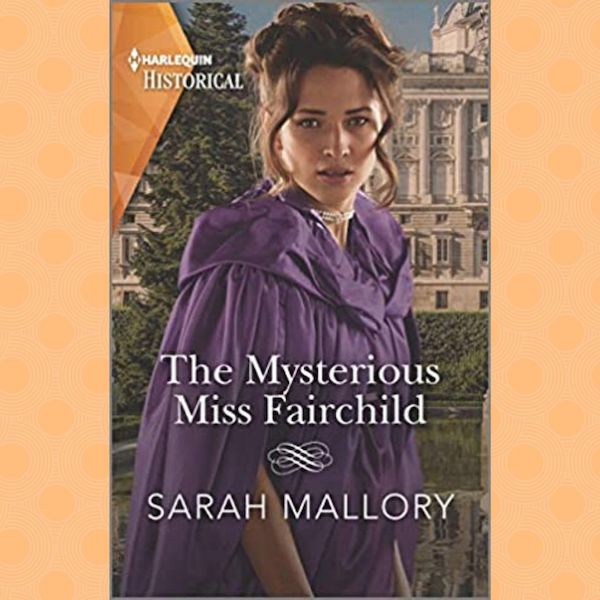 Sarah Mallory has been one of my favorite authors, so I’m especially pleased to bring this exclusive excerpt to you of her The Mysterious Miss Fairchild. Do read Mallory’s note below to whet your appetite. –Keira

A Note from Sarah Mallory:

Genealogy is very popular at the moment. Many of us are keen to learn more about our history, who we are, where we came from. Today we can find out most of this information without ever leaving the house. For a small fee, we can delve into the records online and even take a DNA test to discover more about our ancestors. For a young lady in Regency England, things were much more difficult.

At the start of this story Natalya, ‘the mysterious Miss Fairchild,’ knows nothing about her parents and her questions are met with silence. Growing up, her fertile imagination had imagined all kinds of scenarios, but as she nears her twenty-first birthday, she has no idea if she is the daughter of a countess or a courtesan, and it begins to worry her. Because until she knows about her past, she can make no decisions about her future.

I hope you will enjoy Natalya’s journey with its twists and turns. It was a joy to write, and I admit to giving a little sigh of satisfaction when she finally discovers who she is, what she is and, more important, what she wants.

About The Mysterious Miss Fairchild:

Natalya Fairchild can’t help but be drawn to Tristan Quintrell, Lord Dalmorren, with his effortless charisma, even if he’s not her intended bridegroom. Tristan is an eligible society catch…whereas Natalya’s unknown heritage could label her ruined. As Tristan helps Natalya investigate her mysterious past, she starts to hope the truth of her conception won’t destroy her prospects of a life with Tristan.

‘Are you come to take in the view, my lord?’

‘I am. It was recommended to me. Most strongly.’ He smiled at Natalya and was rewarded by seeing her blush. ‘Such a warm morning, is it not, my lord?’ remarked Miss Grisham. ‘Perhaps you would like to join us for a little while, I am sure you will wish to rest after your exertions.’

‘Thank you, I will.’ He sat down on the grass be-tween them. ‘But pray do not let me stop you working. I will just sit here and enjoy the…er…scenery.’

Miss Grisham giggled, but Natalya remained silent and became even more intent upon her drawing.

Great heaven, he thought in disgust. Did I just say that? I sound like an out-and-out scoundrel!

It was not his normal style at all. He lapsed into silence. After all, he had said he would not disturb them, had he not? For several minutes they remained with only the birdsong, the buzz of bees and the gentle snores of the maid to disturb them. Then Jane Grisham gathered up her sketchbook and pencils.

‘I want to capture the view from another angle and that bush over there is blocking my view of the foreground.’

She went off to sit down at some distance away, on the far side of the sleeping maid, and Tristan berated himself for a fool. It was such an obvious ploy to leave him alone with Natalya. She must have planned this. Confound it, the little minx was a hardened flirt.

Then he caught sight of her face and changed his mind. She was either a superb actress or she was as ill at ease as himself. His anger subsided and he gave a little inward shrug. He had wanted the opportunity to become better acquainted, so he had best get on with it.

He ventured a comment on the astronomy talk and was rewarded by an answer. He tried again and the conversation continued, a little uncertain at first, but gradually it became easier until they were chatting away with all the freedom of old friends. From astronomy they moved to history and politics, then by degrees to the recent war with Bonaparte. When she asked him if he would go to London for the forthcoming peace celebrations, Tristan grimaced.

‘My mother and sister were in London recently and wrote to tell me the crowds were extraordinary. I much prefer the quiet of the country to such a spectacle.’

She chuckled. ‘I believe the presence of the Allied Sovereigns in London will cause quite a stir.’

‘Town will be as full as it can hold with crowds pushing and shoving and trying to catch a glimpse of the great men. Will you go?’

‘No. I thought my uncle would wish to go. He has always been most interested in reports about the war, especially the Russian campaigns. He sent to London for newspapers, specifically to read about them. But he says we are to remain in Bath.’

‘And are you sorry?’

She paused to consider before answering.

‘I should enjoy the spectacle of the procession when they arrive from the Continent and to see these leaders that I have read so much about. It is a very special moment in history.’ She was silent, her gaze wistful, then she shook her head and gave a little laugh. ‘Not that I have any special reason to be there. I should only be adding to the crowds. So, no, on reflection, I shall not be sorry to remain here with my aunt and uncle.’

‘Are the Pridhams the only family you have?’ he asked her.

‘They are my guardians,’ she said carefully. ‘I understand I am an orphan.’

Her choice of words intrigued him. He said, ‘You do not know?’

‘I do not. I know nothing of my parents.’

She was uneasy with his questioning and he said no more. Instead he let the quiet of the warm day settle around them. He watched as she plied her pencil with quick, deft strokes. When his eyes strayed to her profile, he thought that she herself made an attractive picture. That straight little nose, the dainty chin and the high cheekbones gave her face a beauty that would last well beyond her youth.

I have misjudged Freddie, he thought. The boy has shown good taste in choosing this lady as the object of his affections.

Natalya looked round. ‘Something amuses you, my lord?’

He disclaimed quickly, saying, ‘No, no, an old joke, merely.’ He added, ‘You draw very well.’ 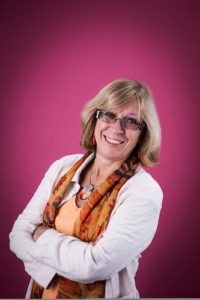 Sarah Mallory grew up in the West Country, England, telling stories. She moved to Yorkshire with her young family but after nearly thirty years living in a farmhouse on the Pennines. She has now moved to live by the sea in Scotland. Sarah is an award-winning novelist with more than twenty books published by Harlequin Historical . She loves to hear from readers.

Where to Find Sarah:

Keira Soleore writes for the International Examiner and Cogitations & Meditations. She enjoys connecting with readers on Twitter (@keirasoleore) and through her website (www.keirasoleore.com). Her interests include medieval manuscripts, philosophy, poetry, picture books, choir, sunshine and beaches. Keira is a pseudonym.
All Posts
PrevPreviousTrope Rec Tuesday: Romance Books For Patrick Dempsey Romcoms
NextNot All Shifters are Wolves: A ListNext