Exclusive: Their Marriage of Inconvenience by Sophia James Excerpt 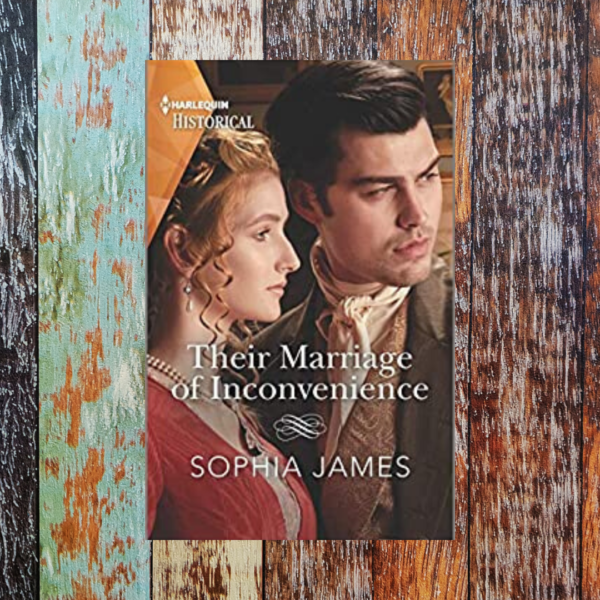 I am excited to bring an excerpt of the first Harlequin Historical novel to Frolic’s readers. Harlequin is publishing some of the best historicals in the industry these days.

About Their Marriage of Inconvenience

For Adelia Worthington, only marrying railway magnate Simeon Morgan will secure her family’s home. In return, she’ll give Simeon a place in society. A marriage is the last thing either wants, especially when it’s clear this self-made man thinks she’s a pampered heiress. But what’s even more inconvenient than their marriage is that the sparks of fury that fly between them are igniting a simmering desire that won’t be ignored.

It had begun to pour now in earnest, the drizzle of the day finally deciding to mean something.

‘Miss Worthington?’ The query made her start, her attention regathered. The minister stood before her, smelling of wine and peppermints, his fingernails clean and long. ‘If you could come forward now with Mr. Morgan, we are ready to begin.’

So this was it then. Four guests, each looking more bewildered than the next one. Certainly her mother was gesturing her over as though she wished to have a word, but Adelia simply shook her head and stepped forward to the altar to stand by her groom, a stranger with his long dark hair and eyes of burning golden amber.

This was the very best that she could manage to save her family and the only alternative that might work if she was lucky.

She didn’t look at Simeon Morgan because at that moment she wanted to believe that he was there as a protection. Against herself and all the secrets that lay hidden inside, stopping her from being whole.

The hand closest to her was balled into a fist, every knuckle white. He wore a single ring on his little finger, a ring of gold encrusted with stones of silver.

She had not thought of providing one in all the chaos and uncertainty. She had not thought to procure a bauble that might signify forever because she knew he would not want it. She wondered what had happened to the plain gold ring she had stuck on his finger after Cranston’s bullet had almost killed him.

The minister’s voice was deep and very clear.

The grace of our Lord Jesus Christ,

the love of God,

and the fellowship of the Holy Spirit

She found herself replying as he went on into the preface and then the declarations. Words of grace and hope and beauty. Words that she had long since given up on and thrown away, the empty and flat optimism holding no promise at all.

She knew her groom felt the same as he shuffled suddenly, his highly polished shoes reflecting the light under well-creased trousers. Two people standing in a charade that the Lord above must surely decry. When the rain became heavier again, she wondered if it was not a sign of displeasure that fell from the heavens on to the little Anglican chapel of St John’s in Hyde Park Crescent on the afternoon of her twentieth birthday.

Stop this deception. Repent of your sins.

She could almost hear the voice of an omnipotent God, warning her, warning him.

But behind on the first pew Charlotte, who was normally more morose, was taking an interest. The ghost of her father was here, too, the bitterness Lionel Worthington harbored diminished somehow by the mellow religious overtones.

Her family would survive if she went through with this and might even flourish. The hope of it kept Adelia still as she listened to the curate. Words of sickness and health, words of honor and promise till death do us part. Words of permanence and grace and glory.

Then it was over. She was married. For better or for worse. She had thought Simeon Morgan might have choked on such promises, but he had said the words without faltering, a surprising strength in each declaration. In truth, he had managed the vows with more aplomb than she had.

Her ring was beautiful, fashioned from rose gold with stones of emerald. There was no show in it at all, none of the excess that was so apparent in his house. It was simply plain and tasteful.

He’d supplied his own ring himself, a thick gold band. Perhaps he’d had the bauble already and did not wish to procure another for it did not appear to be new, the burnished metal aged under light.

When he had placed the emerald ring on her finger his hands had been warm, but when she looked up at him, he had not met her glance. It was as if, once the protocols had been observed, he had distanced himself. She could feel this in his stance and in the way he half-turned from the altar, the kiss that usually took place after the final troths refused summarily.

The two guests on his side of the church had come to stand next to him and both were looking her way.

Simeon Morgan’s demeanor changed as the beautiful red-haired woman took his arm, her hand tucked into the crook of his elbow in a manner that announced she knew him well.

Not a sister, but a lover, one of the mistresses he had told her of probably, thrust into her face during the very hour of their union.

‘You will have broken a thousand hearts, Sim, by going through with this. I hope you realize just how lucky you are, Miss Worthington?’

Adelia had no idea at all how to answer such a provocative statement and so she stayed silent, noting that the other woman had refused to address her by her married name. 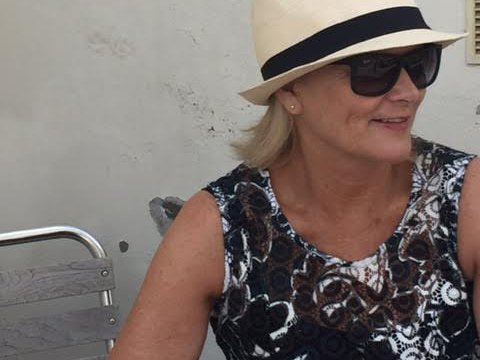 Georgette Heyer novels formed Sophia James’s reading tastes as a teenager. But her writing life only started when she was given a pile of Mills & Boons to read after she had had her wisdom teeth extracted. Filled with strong painkillers, she imagined that she could pen one, too. Many drafts later Sophia thinks she has the perfect job writing for Harlequin Historical as well as taking art tours to Europe with her husband, who is a painter.

Keira Soleore writes for the International Examiner and Cogitations & Meditations. She enjoys connecting with readers on Twitter (@keirasoleore) and through her website (www.keirasoleore.com). Her interests include medieval manuscripts, philosophy, poetry, picture books, choir, sunshine and beaches. Keira is a pseudonym.
All Posts
PrevPreviousFriends of Frolic: Small Businesses You Should Know About
NextExclusive: Inheritance Games by Jennifer Lynn Barnes Cover Reveal & InterviewNext