Exclusive: When You Wish Upon a Rogue by Anna Bennett Excerpt 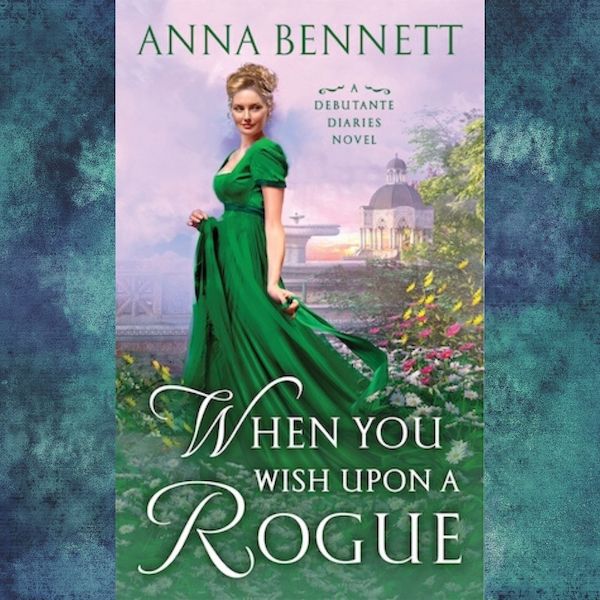 We are very excited to bring you an excerpt of Anna Bennett’s latest story.

About When You Wish Upon a Rogue:

Miss Sophie Kendall is happiest arranging the secret meetings of the Debutante Underground, a group of women who come together to discuss the weekly advice column The Debutante’s Revenge. What makes Sophie most unhappy is her impending march down the aisle to a man she does not love. But her family’s finances are in increasingly dire straits.

Henry Reese, Earl of Warshire, hasn’t slept in weeks. Desperate to escape his manor house and its haunting memories, he heads for one of his abandoned London properties. There he meets a beautiful, intriguing woman…trespassing. Reese is far less interested in Sophie’s search for a secret meeting spot than he is in her surprising ability to soothe his demons. So he strikes a bargain with her — his shop in exchange for spending one night a week with him.

Sophie never expected this to happen. But she cannot deny the fire Reese sparks in her — and soon their shared desire burns bright. Sophie is irrevocably promised to another. But maybe these two ill-fated lovers can find a way to risk it all — all the way to happily ever after.

Henry Reese, Earl of Warshire, dropped his cheroot and ground it under his boot heel before making a slow, appraising circle around the intruder — a woman, if he wasn’t mistaken. He scrubbed his eyelids with the backs of his hands and blinked to make sure she wasn’t some sort of hallucination. Sometimes, when he’d gone for a week without any sleep to speak of, his brain deceived him. But she seemed real enough.

Even in the dark, Reese could see her trembling like a rabbit hiding from a fox on the prowl. And yet, she raised her chin — a subtle act of defiance that was admirable, if ultimately futile.

No, this woman was not his usual sort of vision. The grotesque monsters lurking in the corners of his admittedly warped mind were made not of flesh but of pain and terror. Their bony fingers had clawed at his soul and wrung it out until it was nothing but a shriveled casing.

But the woman standing before him was slender, and the tendrils of hair that peeked out of her bonnet appeared to be fair — white gold. While there was no denying that she’d broken into his building, she smelled like the earth and wildflowers and springtime.

In a tone that brooked no argument, he said, “Do not move.”

He strode to the large picture window at the front of the building and yanked open the heavy, mite-filled drapes, bathing the room in pale moonlight. When he faced the intruder again, she gazed at him warily and clutched a pink reticule tightly in one hand. The gown she wore was the color of freshly sprouted grass, and the soft muslin clung to her willowy frame.

“What are you doing here in my building?” he asked, fairly certain that a lie was about to spout forth from her mouth.

She licked her lips nervously. “Actually, I wasn’t intending to come inside. I only wanted to peer in the window.”

Reese narrowed his eyes and let his gaze travel slowly around the room. “You were window shopping,” he said, not bothering to mask his skepticism. “Simply strolling down an alley late at night, looking for a new waistcoat? Maybe a cravat or two?”

“No,” she said, frowning. “Of course not. I’d heard that the shop was vacant and thought it might make a suitable location for my…that is, I…” She clamped her mouth shut before taking a breath and starting again — with more confidence. “I thought I might rent the space.”

He arched a brow, intrigued — and, perhaps, secretly pleased that she’d managed to surprise him.

“I’m Miss Kendall,” she said, thrusting a gloved hand toward him. “You must be Mr. Peabody.”

Reese kept his face impassive and reached for her hand. Curled his fingers around her palm. Held on a bit longer than was strictly necessary. “A pleasure,” he growled, not bothering to tell her that Mr. Peabody, the elderly tailor, had turned up his toes over a year ago.

“Are you a shop owner, Miss Kendall?” He walked to the smooth, old oak counter and lit the lamp there.

When she didn’t elaborate, he sank into one of a pair of large leather armchairs and waved a hand at the other. “Care to sit?”

She gulped and hazarded a look at the worn seat before perching on the edge. “I must apologize for intruding. I didn’t expect the door to be unlocked, and when it swung open, I…”

“Decided to give yourself a tour?” he provided.

He reached for the snifter on the table next to him and took a swallow of brandy before offering the glass to her. “Care for a drink?”

She recoiled as if he’d offered a vial of venom. “No, thank you.”

“Well, feel free to look around. There’s a work area and storage room at the rear.” Reese had been killing time back there when he heard the door creak open and ventured out to investigate.

She remained seated as she said, “If you don’t mind me asking, what were you doing here at this time of the evening? It’s awfully late to be working.”

A lie hovered on his tongue, but he swallowed it and told the truth — or, at least, part of it. “I come here when I’m restless. When I feel the need to escape my house.” There was nothing worse than lying in bed, drowning in colorless shadows and unnatural silence while his body and mind battled for control. Every part of his physical being longed for sleep. Craved it like an addict needs opium. But his mind lived in fear of the moment he drifted off — when he relinquished control of his thoughts to the foulest of demons. They sat on their haunches, ready to charge into the void, swamping and suffocating him. He shuddered but pretended to merely shift in his seat.

“I see,” she said simply — and something in her perceptive blue eyes suggested that she did understand.

He cleared his throat, leaned back, and stretched his legs. “As I was saying, you’re welcome to inspect the shop if you’re curious.”

She shook her head and straightened her spine. “I’ve seen enough. Your building will suit my purposes perfectly.” 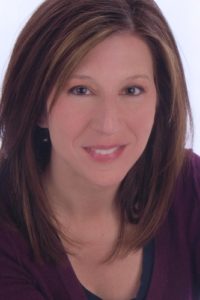 Anna Bennett started swiping romances from her mom’s bookshelf as a teenager and decided that books with balls, dukes and gowns were the best. So, when she had the chance to spend a semester in London she packed her bags — and promptly fell in love with the city, its history and its pubs. She dreamed of writing romance, but somehow ended up as a software analyst instead.

Fortunately, a few years and a few careers later, Anna found her way back to writing the stories she loves and won the Romance Writers of America’s Golden Heart. She lives in Maryland with her husband and three children, who try valiantly not to roll their eyes whenever she quotes Jane Austen.

Anna’s books include the Wayward Wallflowers series and the Debutante Diaries series.

Where to Find Anna:

Keira Soleore writes for the International Examiner and Cogitations & Meditations. She enjoys connecting with readers on Twitter (@keirasoleore) and through her website (www.keirasoleore.com). Her interests include medieval manuscripts, philosophy, poetry, picture books, choir, sunshine and beaches. Keira is a pseudonym.
All Posts
PrevPreviousYes, YA Historical Romances are a Thing, and You Should Be Reading Them
NextWhy You Should Support this Fund For Mental Health Awareness MonthNext