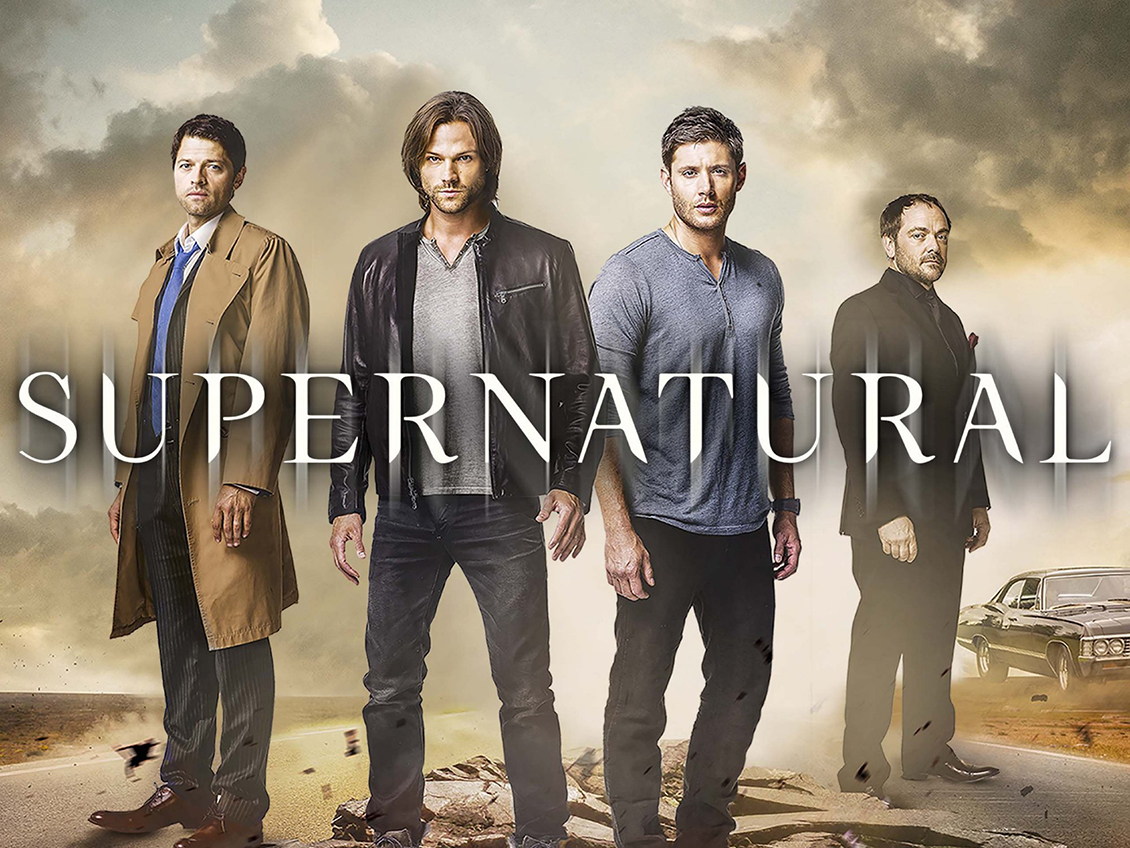 Supernatural kicks off its 14th season on October 11, and I for one am more than ready! Hellatus, as Supernatural fans call the summer hiatus, is always difficult for such a passionate fan base. I’ve been a fan since the beginning, so I’ve weathered many a Hellatus, but it never gets any easier. You might think, after 13 seasons, how many things could there be to get excited about? But you’d be wrong. And I have reasons! Here are my top five reasons why I can’t wait for Season 14.

Poor Jack was in a sad state at the end of Season 13. Everyone else had at least a moment of celebration when they came back from the Alternate Universe thinking Lucifer was left behind, but Jack was left out of that celebratory spirit. After all, that was his father they left behind, even if Lucifer had already proven to be too narcissistic to do the dad thing well. Jack sat alone and forlorn while the Winchesters and Cas and the AU hunters clinked their beers and allowed themselves a rare moment of happiness. Now Lucifer is dead, but the AU version of Michael – who Jack was so determined to take down – is alive and well and in the body of Dean Winchester. Jack was hoping to prove his worth and goodness by killing Michael; instead, one of his three “dads” is now possessed by the archangel. I just want to know that Jack is okay, now that he’s practically human without all those powers. He’s such an adorable nougat-loving boy. (And Alex Calvert, I love you too, you know that.) 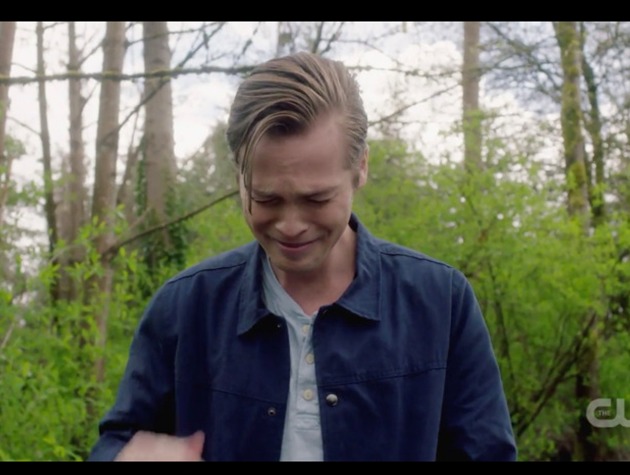 And Mary and Charlie and Rowena and okay, even Ketch. Supernatural found a handy dandy way to bring back some of its most beloved characters (who it had perhaps foolishly killed off) by creating an Alternate Universe. Now they’re back in our world and all thrown together, which means relationships that never were possible are now possible. I’m mostly unspoiled for the new season, but you couldn’t miss the sparks between Bobby and Mary, right? And I’m here for Charlie and Rowena hanging out, or frankly for whatever might happen between them. Let’s not forget that Danneel Ackles, real life wife of Jensen, will also be back in the new season as independent angel Anael. Perhaps there will be some sparks between Anael and Michael too.  I will never want too much time taken away from the lead characters, because that’s the story I want to follow, but little forays into the other characters’ journeys could be fun. 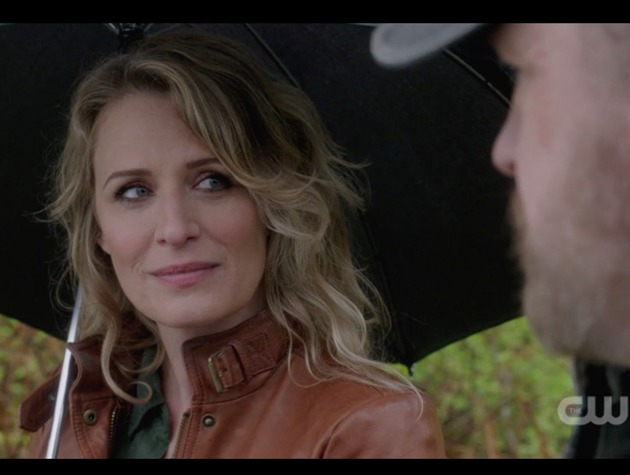 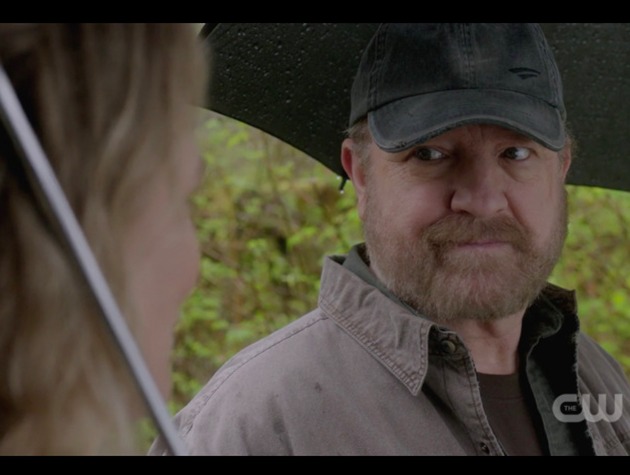 Sam and Castiel get a chance to do some bonding now that Dean is temporarily out of the picture, which should be fun. Shipping (imagining two characters in a relationship) is a big part of fandom, including Supernatural – it’s fun (and hot) to fantasize about this character and that character getting together, even if it’s never going to happen on the show. I never thought about shipping Bobby/Mary (Mobby?), for example, but somebody out there doubtless did – and that person may be ecstatic about Season 14!  (Are there Charlie/Rowena shippers out there too? I’m assuming yes, though I can’t think of a good name for your ship. Rowlie? Charlena?) While Sam and Cas are not shipped together as often as either of them are shipped with Dean, I for one am intrigued by their complicated relationship. They’ve come a long way from Sam’s awe of angels and Castiel’s brusque dismissal of a “tainted” man. Their hard-won mutual respect and their shared love for Dean should put them on the same team now, and I’m down for both of them being heroic as a result. Competence kink, let me show you it. 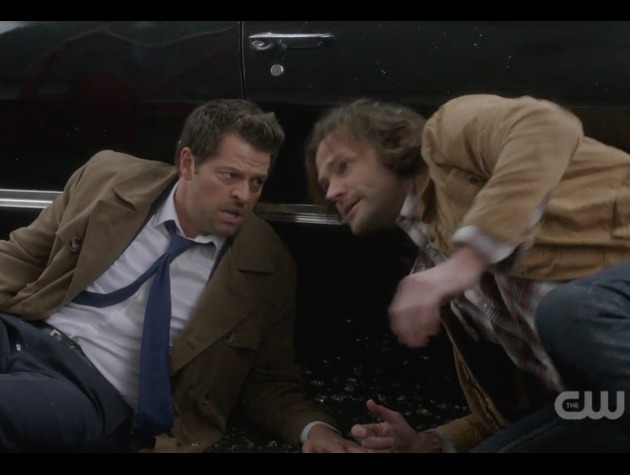 When that’s what Entertainment Weekly calls it, that’s close enough to canon for me! I’m SO down with Sam’s grief beard. First, because it’s a grief beard. I’m all about the bond between the brothers that has always been the heart of this show, and I love nothing more than seeing evidence of that love played out onscreen. I’m still smarting from the season when Dean went to Purgatory and Sam ran over a dog and shacked up with some woman named Amelia instead of trying to find him, so YES please, show me how devastated Sam is by the loss of his brother – and how determined he is to save him! Second, have you seen Jared Padalecki in that beard?? I’m not even a big fan of beards usually, but I am right there with everyone else in the fandom fanning myself every time I see a clip of Sam Winchester and all that gorgeous facial hair. Mmm. Give me all the bearded, badass do-whatever-it-takes Sam Winchester!

Full disclosure: I knew this would be hot. Also full disclosure: Apparently Ackles can still surprise me, because WHOA. The promo for Season 14 came out last week, with Michael being 100% menacing and dangerous looking in a leather apron, asking “Who’s next?” and I realized I somehow underestimated just how incendiary Ackles playing the bad guy was going to be.  We had a glimpse of that when he was Demon! Dean a few seasons ago, but unfortunately that storyline didn’t last long. From what I understand, this one will last just long enough – that is, Dean won’t be gone too long (because that would break my heart) but we’ll see Michael for more than a few episodes. I had a chance to chat with Ackles about playing Michael, and what he had to say only made me more eager for the season premiere to get here – it was a challenge playing an entirely new character in the familiar surroundings of a set he knows so well, but one he took seriously and threw himself into. I cannot wait to see the results. Michael’s asking, who’s next? Move over, I’m getting in line. Along with the rest of the fandom. We don’t even know for what, but seriously, who cares when he looks like this?

Supernatural premieres on Thursday October 11 on the CW!

Lynn Zubernis PhD is a psychologist and university professor who has published many books about fandom and fan psychology and why it’s healthy and positive and just plain fun to be passionate about the things we love. Her most recent books, There’ll Be Peace When You Are Done: Actors and Fans Celebrate the Legacy of Supernatural, and Family Don’t End With Blood: Cast and Fans on How Supernatural Changed Lives, have powerful chapters contributed by the actors and the fans of Supernatural, the show she’s passionate about. You can also go behind the scenes of that show and explore the ins and outs (so to speak) of fanfiction and fandom in her book Fangasm Supernatural Fangirls.
All Posts
PrevPreviousHi, I’m Helena Hunting and I’m Obsessed with Stranger Things
NextA Novella Approach: Five Tips For Writing Short StoriesNext