Frolic-Exclusive Excerpt: All Fired Up by Lori Foster 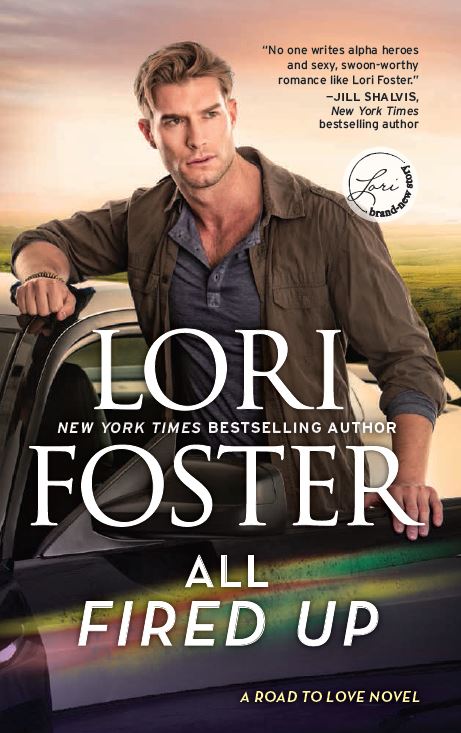 We are so excited to bring to you an excerpt of Lori Foster’s new book All Fired Up!

About All Fired Up

Charlotte Parrish has always wanted a certain kind of man: someone responsible, settled, boring. Bad boys need not apply. But when her car leaves her stranded and a mysterious stranger with brooding eyes and a protective streak comes to her rescue, she can’t deny how drawn she is to him. In town searching for family he’s never met, Mitch is everything she never thought she wanted — and suddenly everything she craves.

Finding his half-brothers after all these years is more than Mitch Crews has allowed himself to wish for. Finding love never even crossed his mind…until he meets Charlotte. She’s sweet, warmhearted, sexier than she knows — and too damn good for an ex-con like him. But when his past comes back to haunt him, putting Charlotte — and the family he’s come to care for — in danger, Mitch isn’t playing by the rules. He has already surrendered his heart, but now he’ll risk his life.

The revered matriarch of the Crews family. Mitch knew of her, but he hadn’t counted on meeting her, definitely not now, late at night, in the middle of town with not only Brodie and Jack right there, but Charlotte too as a witness.

The same as her sons’, Brodie and Jack’s.

Very, very different from his own.

Muscles strained in the back of his neck. He didn’t run from anyone, ever. Never had.

God help him, he wanted to run from the morass of things this woman made him feel.

Instead he planted his big feet, locked his knees, concentrated on slow, steady breaths, and held himself stock-still.

“Mom?” Jack moved toward her with concern.

Mitch couldn’t help looking at her. He’d heard so much about her. In his mind, she represented ethereal ideas that he’d rarely experienced. Kindness. Compassion. Loyalty and affection.

Things a mother gave a son, things his own mother hadn’t shared with him. Mitch wasn’t sure she even possessed those emotions. If so, he’d never seen them.

“What is it, Ros?” After shooting Mitch a brave smile, Charlotte hurried to her.

And just like that, Charlotte’s brief nearness shook his resolve. His jaw clenched tighter, his lungs constricted. Don’t be a fucking coward. He wasn’t, so he held his ground and continued to watch the two women, mostly because he couldn’t have looked away if his life depended on it.

He knew she went by Ros, a shortened version of her name. He’d heard it many times. Hearing it from Charlotte seemed as natural as the sun rising.

She wasn’t quite what he’d imagined, but then, he’d built her up a lot in his head. Reality, he decided, was actually nicer.

Instead of wispy and angelic, she looked substantive. Warm, comfortable. Motherly in some intrinsic, indefinable way.

Real. Flesh and bone with a fiercely beating heart, instead of the paragon his imagination had conjured over the years.

And she continued to stare, her expression arrested, still.

“Are you okay?” Charlotte asked her.

Briefly glancing at her, Ros nodded in reassurance, an uncertain smile pushing dimples into age-softened cheeks. She took a tentative step closer to Mitch, and he forced himself to stay silent when the urge to turn away beat inside him.

Jack and Brodie matched Ros’s every step—for her. As her sons, their protectiveness expanded beyond just Charlotte.

Over and over, he’d been told they were the type of men to impulsively protect anyone smaller, weaker, or in need, so of course they’d be especially vigilant for those they loved.

They loved their mother.

Fingertips touching her mouth in a show of wonder, Ros visually explored his face. With a short laugh, she said, “I’m sorry for staring.”

His eyes never leaving hers, Mitch gave one sharp nod. He understood, even if no one else did.

His automatic swallow sounded audibly in the quiet night, as did his short indrawn breath. “Yes, ma’am.” Mitch knew exactly who he favored.

With new concentration, Brodie asked, “Who?”

“There is something,” Jack agreed, minutely reviewing each of Mitch’s features.

Sweat broke out on his neck and his skin felt too tight.

Screw it. He couldn’t take the suspense a second longer, so he stated the undeniable truth.

Seconds clapped by like mini explosions, but at least he breathed easier.

It was done. No taking it back, no retreat.

Forward. That’s the direction he had to go. Relentlessly, deliberately forward.

Mouths had dropped open, but now snapped shut. Charlotte, bless her generous heart, was the only one to blink.

Not the way he’d wanted to do things, but fuck it. Falling back on old ways, he faced the coming censure.

Out of the four people now gawking at him, it was Charlotte’s gaze that burned the most. Putting the pieces together, thinking it through, she saw things now that she hadn’t before.

What did she think of him now? Her gaze seemed almost…admiring, but he wouldn’t buy into that.

With a knowing and self-deprecating smirk, he briefly met her gaze. It all looks different now, doesn’t it? And she hadn’t even heard the worst.

He could almost see her interest going up in flames—and he didn’t blame her. He was a bastard for being here, a real prick for what he was about to do.

He looked away, yet every fiber of his being chafed at her nearness.

Locking on Rosalyn was easier than seeing Jack’s or Brodie’s disdain. If he gave in an inch, it’d only derail him.

He wouldn’t let that happen.

“I know,” he quipped into the silence. “Hell of a shocker, right?”

Oh, shit. He locked his jaw and tried not to care…but yeah, that proved impossible.

With one terse nod Mitch confirmed, “Yup. He’s my father as well.”

Talk about an incredible bombshell. Shock constricted Charlotte’s lungs, so how must the others feel?

Instinctively wrapping her arm around Ros, she turned to Brodie and Jack. They appeared utterly dumbfounded.

Did neither of them see what it cost Mitch to come to them?

She did. She saw so very, very much.

Like most macho men, Mitch would try to hide it, but she wasn’t fooled.

Maybe because she’d already experienced his protectiveness, his concern, she felt she knew him. Knew him better than she should have in such a short time. But there’d been something—a connection of sorts—that kept her irresistibly drawn to him.

Now especially, that she knew why he was here.

Like his brothers, he was a big man, powerfully built, his wide shoulders taut with dignity and his expression one of forced arrogance. He stood alone against them, awaiting his fate.

Her heart broke for them all, but she knew the Crews family. They had each other, and that meant they could tackle most anything.

Charlotte looked at Mitch again. God help her, she couldn’t keep from looking at him.

Yes, now that he said it she saw the similarities. Mitch’s hair was lighter, sort of a dark blond, and unlike Brodie and Jack, he didn’t have Rosalyn’s dark eyes. The rest though—the bone structure of his face, that incredible body, his height, even the way he smiled…

With a sound of—delight?—Rosalyn pulled away and opened her arms in acceptance. “I knew it!”

Horror replaced Mitch’s stoic expression as she came at him.

Matching him step for step, Ros said, “Even though I couldn’t believe it, I swear I recognized you!”

Brodie tried to stop her—like that would ever work? “Mom, wait.”

Ros laughed. “He’s your brother.” Intent clear, she all but pursued him.

Oh, how Charlotte loved her. For this—and many other things.

“You’re taking him on his word?” Jack asked, more with distrust than animosity.

“You have eyes in your head, son. You can see the truth same as I can.”

If he went much farther, he’d end up in the street.

He looked back, gauging the distance, but it wasn’t enough to evade Ros as she threw her arms around his waist.

Because Charlotte watched so closely, she saw something tragic cross his face. 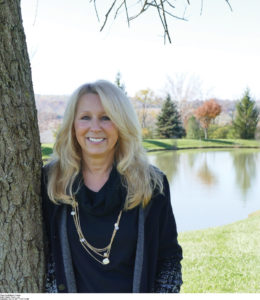 Lori Foster is a New York Times and USA TODAY bestselling author with books from a variety of publishers, including Berkley/Jove, Kensington, St. Martin’s, Harlequin and Silhouette. Lori has been a recipient of the prestigious RT Book Reviews Career Achievement Award for Series Romantic Fantasy, and for Contemporary Romance. For more about Lori, visit her Web site at www.lorifoster.com.

All Fired Up by Lori Foster, out now!

Charlotte Parrish has always wanted a certain kind of man: someone responsible, settled, boring. Bad boys need not apply. But when her car leaves her stranded and a mysterious stranger with brooding eyes and a protective streak comes to her rescue, she can’t deny how drawn she is to him. In town searching for family he’s never met, Mitch is everything she never thought she wanted—and suddenly everything she craves.

Finding his half brothers after all these years is more than Mitch Crews has allowed himself to wish for. Finding love never even crossed his mind…until he meets Charlotte. She’s sweet, warmhearted, sexier than she knows—and too damn good for an ex-con like him. But when his past comes back to haunt him, putting Charlotte—and the family he’s come to care for—in danger, Mitch isn’t playing by the rules. He’s already surrendered his heart, but now he’ll risk his life.

Keira Soleore writes for the International Examiner and Cogitations & Meditations. She enjoys connecting with readers on Twitter (@keirasoleore) and through her website (www.keirasoleore.com). Her interests include medieval manuscripts, philosophy, poetry, picture books, choir, sunshine and beaches. Keira is a pseudonym.
All Posts
PrevPreviousAuthors Kristen Callihan and Samantha Young Quiz Each Other on Their Favorite Romance Tropes, Book Recs and More!
NextTrope Rec Tuesday: Hey, I Met My Significant Other On Holidays!Next