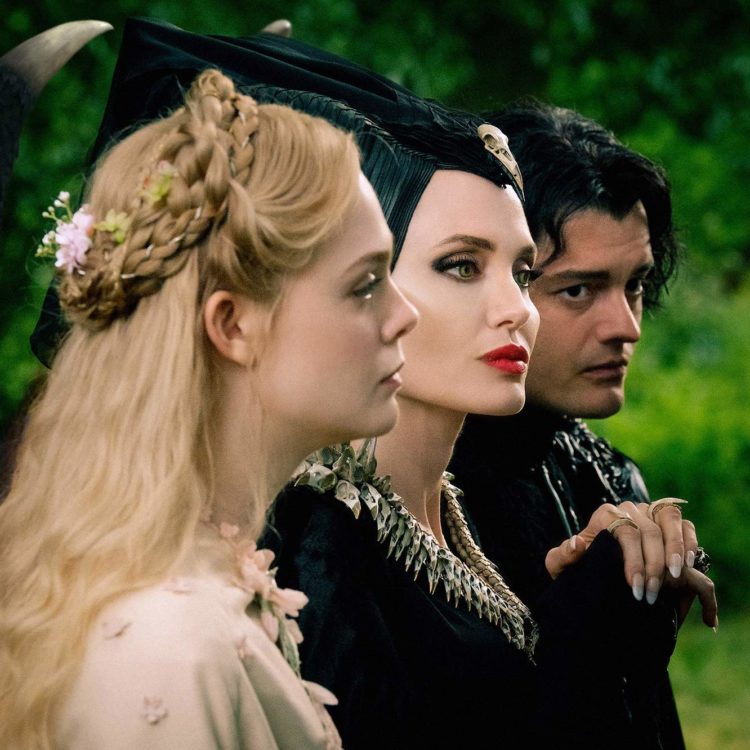 What inspired your costumes in Maleficent: Mistress of Evil?

EM: My costumes were based on the director’s vision and the story at hand we were about to tell.

If you were to compare Aurora and Maleficent and describe their personalities by one outfit in the movie, which one would it be and why?

EM: That’s a good question! I don’t know how to answer this! Each one of their costumes represents them. The answer isn’t in just one costume. Each costume, scene by scene, are juxtaposed and show the essence of who they are in each scene.

When Aurora is in her castle, wearing the gown made from the fairies hands, it represents her natural simplicity. It shows the essence of her love of nature, her love of others, her love of everything around her. As for Maleficent, the essence of her warrior self comes through in her battle costume. Her passion, the truth of who she has learned to become, her strength, and her vulnerability that she has come to accept comes through. Another example would be Aurora’s outfit in the middle of the field where it’s not so much a costume, it’s just an ease of being in simplicity fighting her battle.

This is a hard question! There is not one costume that is a supreme example.

How long did it take you to create costumes for the film and what was your favorite costume to create?

EM: It took about 4-5 months to create the costumes altogether from the first sketch to when we finished shooting. My favorite costume really is Aurora’s first costume as Queen of the Moors. Her gown that she wears there looks so natural, like it really was made by hand by the fairies.

How do you feel the costumes in Maleficent bring the story to life?

EM: As costume designers, we are storytellers visually and at the end result, each and every costume that we design has to be a piece of the whole story, of the whole film. I think as an end result we learn in Maleficent: Mistress of Evil about each character, the who, what when where and how of their story, the land the story takes place in, the consequences of what each character is up against. And how it resolves itself in the end is that love conquers all and that is what I hoped for in the beginning of designing the film and I hope that everybody walks away feeling that.

What book are you currently reading and what do you think of it?

Aurora Dominguez is a high school English teacher, college professor and journalist in South Florida. Her work has appeared in The Miami Herald, Where Magazine and J-14 Magazine, all places where she worked as a writer and editor before going from the newsroom to the classroom. Her favorite days are "Caturdays," which she spends with a good book, her husband, Sebastian, and her cat, Luna. Her motto when it comes to reading: "No book left behind!"
All Posts
PrevPreviousWhy I Love Series Over Standalones by Lisa Becker
NextKindle Unlimited Recommendations to Start 2020 Off Right!Next