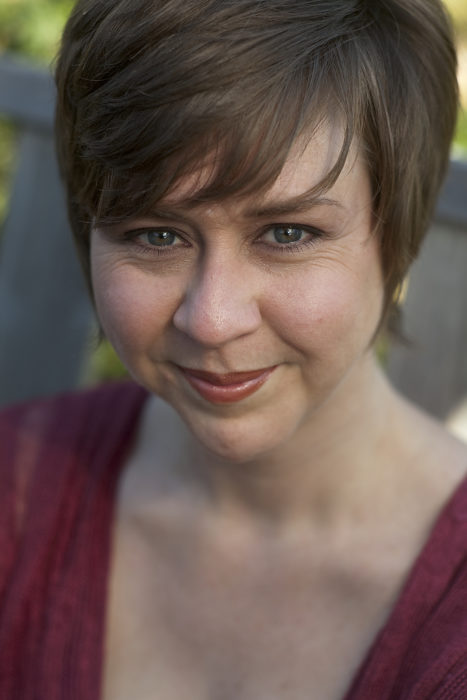 Keira Soleore: Marina, welcome to Frolic. We are so pleased to have you. Would you please share with our readers your impetus behind the When in Rome series?

Marina Adair: Thanks for having me here, Keira!

I hold a Masters of Fine Arts in film studies and screenwriting, so many of my books are inspired by my favorite films, and my new When in Rome series is no different. I wanted to do a fresh spin on one of my favorite movies, Three Men and a Baby. Only instead of a newborn, my hero is dealing with a hormonal, boy-crazed teenager who speaks in 149 characters.

Unconventional families have always fascinated me, and I love exploring the inner workings of large families and different types of healthy love. With this series, I was able to do both in a fresh and modern way, using a family crafted of the most unlikely of co-parents, who come together over the shared love of a child.

Keira: How does RomeAntically Challenged fit in with the When in Rome series?

Marina: RomeAntically Challenged is an “opposites attract” story about two people, who are challenged in the love department and must learn that love isn’t a destination — it’s a journey. This is the first book in the series and introduces all three dads who discover that the hardest part of parenting is knowing when to let go.

Emmitt Bradley is the birth-dad, the fun time guy and all-around push over. He’s the dad to go to when you want to sneak out of the house and into a cute guy’s party…because while he’s fluent in six languages, decent in four more, and can charm a serial killer into revealing where he hid the bodies, he has zero clue as to how to communicate with his hormonal, boy-crazy daughter who speaks in 149 characters, thinks tissue and dental floss constitute an outfit and claims her life will only be complete when she meets some pop star IRL.

Levi Rhodes is a straight-shooter, retired sailing legend who now owns the marina and attached bar and grill, The Crow’s Nest. He’s also the doting and cool uncle who has, on occasion, used Paisley as a chick-magnet. That said, he takes his role as his niece’s protector very seriously.

Then there’s Dr. Grayson Mathews, Paisley’s stepdad. An all-around great guy who saves lives and is a regular fixture in Paisley’s everyday life, which pisses Emmitt off. Gray is stable, straitlaced, starched and in the running for Stepdad of the Year award. He likes long walks on the beach, shell collecting, and making detailed grocery lists, color coded by category. He’s a hometown freaking hero and every single lady’s real-life Dr. Dreamboat. Not that Gray was all that interested in dating. After losing the love of his life 10 months ago, the guys wouldn’t be surprised if he never looked at another woman again.

These are the three men who make up a dysfunctional but loving family for Paisley.

Keira: I am always interested in books which explore issues that go beyond the romantic relationship between a couple, because after all, it is individuals who come together as a couple, not co-dependents. How did you explore Annie’s character in RomeAntically Challenged? What internal challenges did she have to overcome before she could be ready to fall in love?

Marina: My biggest inspiration behind this story and Annie’s character was my daughter, Thuy, who was adopted from Vietnam. It was important to me that I write a story my daughter could see herself in. A heroine who looked like her, struggled with similar issues, and found her happily ever after. Like Annie, Thuy is a woman of color who was raised by white parents and stuck with a foot in each world.

Throughout the story, Annie discovers that she doesn’t have to choose between her roots and her upbringing — her ability to navigate both worlds is what makes her special.

Keira: Emmitt in RomeAntically Challenged is a very interesting character. On one hand, he is a very successful journalist, and on the other, he is insecure in his role as a father. How did you have him navigate his insecurities to be in a better place in life? How does this affect his relationship with Annie?

Marina: At its heart, this story is about identity and belonging. Like my heroine, Annie, Emmitt finds himself co-parenting his daughter with two guys to whom parenting comes easy, and everyone knows three is a crowd. Throughout the story, he struggles to find where he fits. It’s this longing for acceptance and to belong that attracts my hero and heroine to one another. But when things get crowded, Emmitt is always the odd dad out. However, with Paisley turning fifteen, time is running out, and Emmitt has to allow himself to be vulnerable and let others in, or he runs the risk of spending his life alone.

Keira: Author Jayne Ann Krentz often talks about her having a core story or core set of values, which she explores in all her books. Do you have a core story or values for your stories?

Marina: Absolutely. At their core, my stories all revolve around the different kinds of healthy love. I also write strong women, who are on a journey of self-discovery, identity and inner strength — three things that I think all women struggle with at different times in our lives.

Keira: Could you tell us about your St. Helena Vineyard series? How absolutely exciting that the series was the inspiration behind the original Hallmark Channel Vineyard movies. Did you consult with the screenwriters and directors? What was your involvement with the making of the three movies?

Marina: I started my career as a screenwriter, so when I switched to novels, I thought I was saying goodbye to the dream of seeing my work on the screen. So having my St Helena Vineyard series turned into Hallmark movies was a wonderful surprise. The most exciting part is that my characters and stories will find a new audiences and reach readers that I never would have been able to reach.

Muse Entertainment and the producer John Head did a fantastic job of capturing the heart of the story and the fierce love between then families. I was able to hand over my stories and characters knowing that they would be well taken care of. I was fortunate enough to visit the set in Canada when they were filming and meet the cast and crew. The entire process was a dream come true.

Keira: What is next in store for you? Will you be writing more books in the When in Rome series, or will you be starting a whole new series?

Marina: All three “dads” will be getting their own story as they overcome the tragic loss of Paisley’s mom and discover that love is possible after heartbreak. Hopeless Romantic releases January 2021 and follows retired sailing-legend and bar owner Levi Rhodes as he finds love in the most unlikely of people. And Gray’s story will release in October 2021 and will follow Dr. Grayson Matthews as he finally comes to terms with his wife’s untimely death and gives love another try.

Keira: Marina, it’s been a pleasure chatting with you. Thank you for visiting us here at Frolic.

Marina: Thanks for having me!

Marina Adair is a #1 nationally bestselling author whose fun, flirty contemporary romances have sold over a million copies. In addition to the When in Rome series, she is the author of the Destiny Bay series, the Heroes of St. Helena series, the Sugar, Georgia series, and the St. Helena Vineyard series, which was the inspiration behind the original Hallmark Channel Vineyard movies: Autumn in the Vineyard, Summer in the Vineyard, and Valentines in the Vineyard. Raised in the San Francisco Bay Area, she holds a MFA from San Jose University and currently lives in Northern California with her husband, daughter and two neurotic cats. 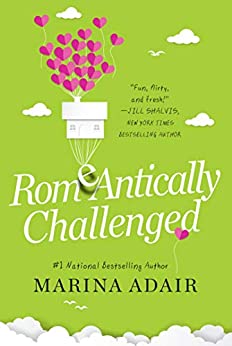 Growing up the lone Asian in a community of WASPs, Annie has always felt out of place.  Her solution?  Start a family of her own. Not easy when every man she’s dated, including her ex-fiancé, finds “his person” right after breaking up with Annie. Even worse than canceling her wedding eight weeks beforehand?  Learning the “other woman” plans to walk down the aisle wearing her wedding gown.

New plan: find a fresh, man-free start. Too bad her exit strategy unexpectedly lands her working at a hospital in Rome, Rhode Island rather than Rome, Italy and sharing a cabin with a big, brooding and annoyingly hot male roommate.

Home on medical leave after covering a literally explosive story in China, investigative photojournalist Emmitt embarks on his most important assignment — cementing his place in his daughter’s life. Three men and a baby might work in the movies, but with a stepdad and a devoted uncle competing for Paisley’s attention, Emmitt has lost his place at the family table.

Then there’s the adorably sexy squatter in his cabin, who poses another problem, one he’d very much like to solve up close and personal. But he can’t win — Annie has sworn off men, Paisley’s gone boy crazy, and Emmitt’s estranged father reappears with a secret that changes everything.