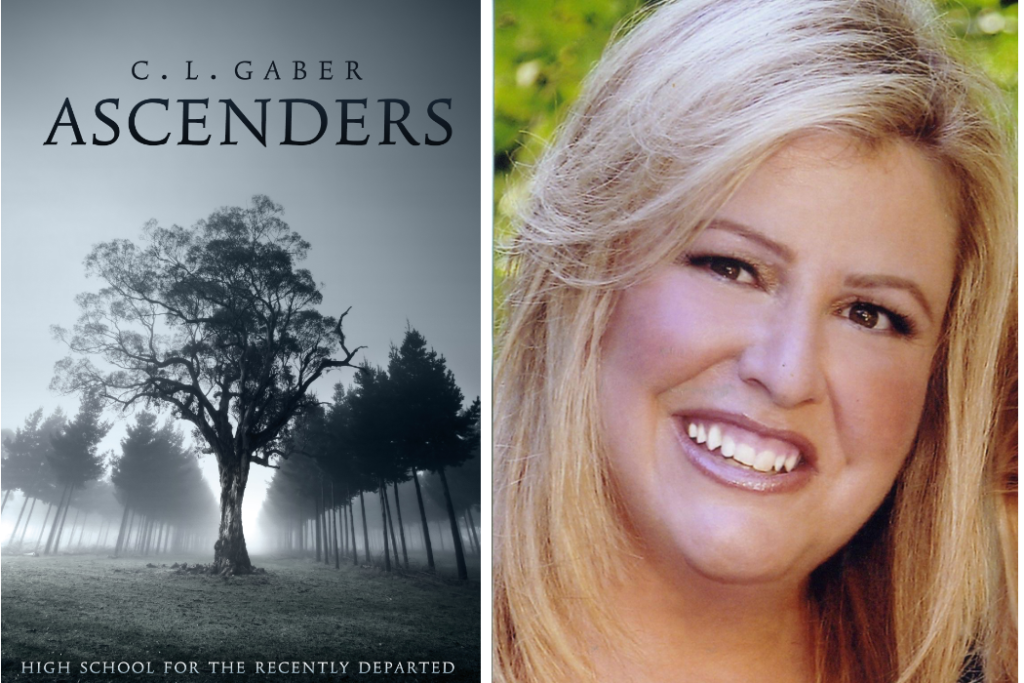 [Note From Frolic: Our resident YA expert Aurora Dominguez got the opportunity to interview author C.L. Gaber. Be sure to check out C.L.’s new YA novel ‘11:11′ in her Ascenders series.]

Aurora: What’s your biggest inspiration behind the Ascenders series?

C.L. Gaber: It’s a bit of a crazy story. I’m an entertainment journalist for the New York Times Syndicate. I was in Los Angeles staying at this swanky hotel about to interview Cher the next day. In the middle of the night, I had this amazing dream that played out like a movie in my mind with a beginning, middle and end – and very defined characters that became Walker Callaghan and Daniel Reid. I didn’t want to wake my husband up, so I snuck into the bathroom and wrote the first chapter all night long. Finally, my hub knocked on the door and said, ‘Um, are you okay?’ I said, “I’m great!”

I also wrote the books because I’ve been there. You’ve been there. Remember being in high school and hearing that announcement that someone died last night in a car crash or of an illness? It was so shocking. I always wondered, “If someone died young…where would they go? Where would all that potential go?” And then I heard the scientific fact that our brains don’t fully gel until we’re 24-years-old. My premise is that you’d go to a middle ground if you died young to continue to learn and grow into the person you were meant to be.

If you were to pick one character to relate to the most, who would it be and why?

I’d say it’s my main character Walker Callaghan and it’s not just the red hair although my mom’s entire family…red hair. She’s a student journalist; I was one. She’s scrappy and I’ve been called that in my life. She always charges into things thinking ultimately that it will work out. And above all, she (and I) believe in real, lasting, fight for it love.

Tell us how excited you are for the release of the new Ascenders book and what can we expect from this novel. No spoilers, of course!

I’m so thrilled for book 4, “Ascenders: 11:11” to come out because I left readers on a pretty hard cliffhanger at the end of book 3. (I’m so sorry, really, I am). I love to pick up the action the minute the last book ended. This book also jumps into the whole idea of 11:11 and what it means. How many of us make a wish on 11:11 once or twice a day, but we don’t know exactly why. I did a lot of research into what different thinkers believe it means. (Hint: It’s a great time to wish for your Twin Flame, which is your major love). Also, I love that book 4 introduced some new magical elements. Above all, it’s about Walker and Daniel getting back together and falling for each other all over again. The odds are really stacked against them, the danger level is in the red, but they don’t give in or give up. They believe in each other and sometimes that’s more than enough.

What do you advise to other writers looking to write their own novel?

Write, write and write. Just keep a journal or jump on your laptop. It doesn’t matter if you write 200 words a day or 2000. And write for you. Don’t have a committee read your rough work and give you ten different opinions. Write what you’d like to read. And later maybe share it with one person whose opinion you value.

What has been your biggest bookish accomplishment thus far?

Well, there have been so many thrilling aspects of Ascenders including it’s being developed into a TV series! That’s beyond amazing, but the other moments that stick include a few girls, maybe 16 or 17, approaching me at a Comic Con event in Las Vegas. They looked sad and hopeful – and there was just something about them that tugged at my heart.  One said she wished one of them could buy the books, but they didn’t have any money. I gave them the books and later a woman came up and said, “Thanks, those girls live in a shelter for abused teens.” And it broke my heart to the point of tears the day a woman approached me at a book event and said she lost her beloved nephew in one of the school shootings. She read Ascenders and said, “I hope he is in a place like this…in this town ..with these people.” We both cried together.

Any last word to your readers and those looking to read your novels?

Yes, ANYONE who wants an eBook of book one just write me at CLGaber@yahoo.com. I’m thrilled to send you a free one! And let me know what you think! PS: Embrace the Vole. It’s something my tat-covered , rebel bad boy character Daniel says to Walker and it means, “Take great risks in hopes of great rewards.” Happy holidays everyone! Xo CL

Aurora Dominguez is a high school English teacher, college professor and journalist in South Florida. Her work has appeared in The Miami Herald, Where Magazine and J-14 Magazine, all places where she worked as a writer and editor before going from the newsroom to the classroom. Her favorite days are "Caturdays," which she spends with a good book, her husband, Sebastian, and her cat, Luna. Her motto when it comes to reading: "No book left behind!"
All Posts
PrevPreviousWhy We Never Forget Our First…Romance Novel, That Is!
NextFrolic Presents: ’25 Days of Christmas’ Chapter Two By Jordan LyndeNext