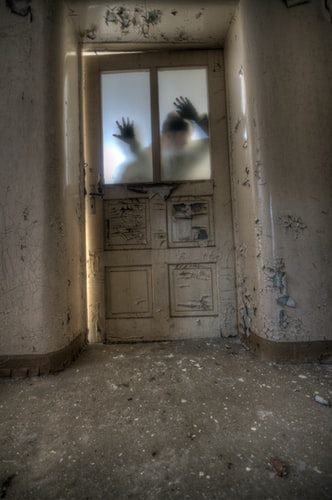 [Note from Frolic: Today, we welcome author Melissa Larsen to the site. She’s sharing how horror movies inspired her debut novel. Take it away, Melissa!]

A man has broken his back after falling down the shaft of a Mayan ruin. His companions, two couples that he just met, manage to pull him agonizingly back up to the top of the ruin. The man desperately needs medical attention, but they’re stranded. The next morning, he wakes to an odd feeling in his somewhat-paralyzed legs. The others discover that the vines that have overtaken the Mayan structure have devoured his calves. The only way to save this man’s life, they decide, is to cut his legs off at the thighs, before infection (and the rest of the carnivorous vines) can spread. The only knife they have, unfortunately, is a tiny pocket knife.

It’s as gruesome as you can imagine. Maybe even more!

He survives the ordeal. The next day, however, the group discovers that, overnight, the vines have suffocated the man.

Someone says, “Well, thank god we cut his legs off.”

This is all a very real thing that happens in the 2008 film The Ruins. And I think I’ve watched this scene about twenty times—though I’m actually being kind to myself here, keeping the number low. I honestly don’t know how many times I’ve watched this film. In the spring of 2019, while I was in the throes of a radical revision of my debut novel Shutter, I found myself on repeat. I was caught in a loop—by day, I was working on this one story, Shutter, and by night, I was watching three movies on repeat: The Ruins, Scream, and Vertigo. Maybe there were some TV shows lurking somewhere in the haze, but I am being extremely candid here—I watched those three films until I had them memorized. In a way, I can rationalize this behavior. Since I was limiting myself, creatively speaking, to working on a single story, it made sense to watch these same films over and over, to inhabit them as fully as I was inhabiting my own, to deconstruct them and determine what I liked about them. It was simply an extension of my revision.

And this explanation tracks. I can see how certain elements from all of them have made their way into Shutter. From The Ruins, a group of friends stranded in an isolated and dangerous location. From Scream, bad boyfriends and a love letter to the horror genre. From Vertigo, doubling and identity and suicide. I likewise can say that it is incredibly important as a writer to understand one’s own taste, to pinpoint what it is that fascinates us and resonates with us, and then to be able to apply it to our own work.

But this loop was, at its base, fuel. Fuel to keep the fire of my writing burning. This strange fever dream of carnivorous vines and murderous teenagers and old San Francisco and an island off the coast of Maine, it was a search for catharsis. A desire to “get through” something. These four stories, mine and the others, they were my therapy. What I was getting through, if I’m being honest, was loneliness. I was processing yet another grueling break-up, in which another human, someone I admired, vocalized all of my insecurities and told me that they were not only noticeable but that they were the reason for the relationship ending. My reaction was to work through it on paper, through someone else’s terror.

I won’t say that my book is only the result of heartache. But my book was absolutely informed by it, just as it was informed by my love of a good horror film, one in which I am flinching and sweating and begging the filmmaker not to go there as Carter Smith does so relentlessly in The Ruins. In every watch of The Ruins and Scream and Vertigo, I find myself wishing that the story will play out differently. That it will morph under my gaze. Try something new. Give us a happier ending. But obviously this never happens. And there is pleasure, real pleasure, in watching a story assert No, this is how it ends.

That is perhaps the greatest lesson these films taught me: conviction. To actually go there. And not to apologize for it, in the way that I felt I had to apologize for myself and my insecurities.

Melissa Larsen has an M.F.A. from Columbia University and a B.A. from NYU’s Gallatin School of Individualized Study. She has interned and worked extensively in publishing. She lives in San Francisco, and Shutter is her first novel. 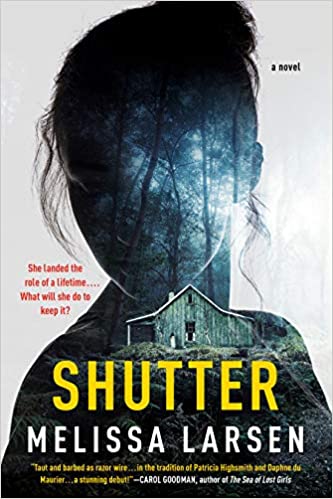 Shutter by Melissa Larsen, out June 15!

A young woman agrees to star in a filmmaker’s latest project, but soon realizes the movie is not what she expected in this chilling debut novel.

In the wake of her father’s death, Betty Roux doesn’t allow herself to mourn. Instead, she pushes away her mother, breaks up with her boyfriend, and leaves everything behind to move to New York City. She doesn’t know what she wants, except to run.

When she’s offered the chance to play the leading role in mysterious indie filmmaker Anthony Marino’s new project, she jumps at the opportunity. For a month Betty will live in a cabin on a private island off the coast of Maine, with a five-person cast and crew. Her mother warns against it, but Betty is too drawn to the charismatic Anthony to say no.

Anthony gives her a new identity–Lola–and Betty tells herself that this is exactly what she’s been looking for. The chance to reinvent herself. That is, until they begin filming and she meets Sammy, the island’s caretaker, and Betty realizes just how little she knows about the movie and its director.

Where Romance and Pop Culture Live Happily Ever After.
All Posts
PrevPreviousExclusive: Eight Days of Christmas by Starla Dekruyf Cover Reveal and Excerpt
NextTen Reasons We Can’t Get Enough of Fake DatingNext