In Conversation With: Anna Todd, Author of ‘After’ 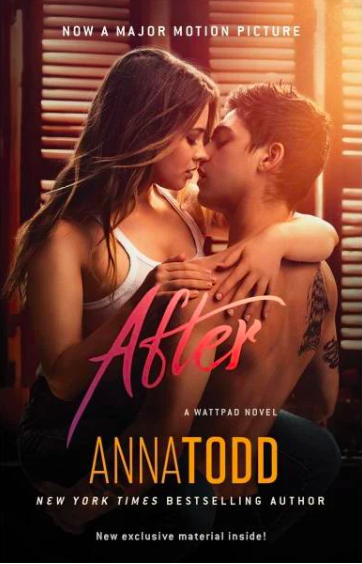 We are just one month away from the premiere of one of the most highly anticipated films releasing this spring, After, which is the film adaptation of Anna Todd’s bestselling book with the same name. Tomorrow, Anna is releasing a special movie tie-in edition of the book with a new cover and bonus content, and I am thrilled to welcome her to Frolic to talk about it, the movie and all things Anna Todd.

Mary: Welcome to Frolic, Anna! I am so excited to talk with you. Thank you for being here. The special movie tie-in edition of After releases tomorrow with bonus content and a gorgeous new cover, featuring the actors Josephine Langford and Hero Fiennes-Tiffin. Was the cover photograph taken during filming or was it a separate photo shoot?

Anna: Hey Mary! Thank you for having me! I’m so glad you like the cover! It’s so beautiful *cries* The photo was taken during a separate photoshoot that I was there for and it was sooooo good. So.much.good.content. It was hard to choose!

Mary: Tell us a little about the bonus content included in the special edition.

Anna: For the movie tie-in I wrote a bonus chapter from Hardin’s POV that my readers had asked for many, many times over the last few years, so to celebrate the movie- I did. For an extra surprise, Hero Fiennes-Tiffin, who plays Hardin Scott in the movie recorded it in his voice for the audiobook! And finally, I wrote an intro letter to my readers. I hope they’ll love the new edition <3

Mary: Will the special edition be available internationally?

Anna: It will! It’s going to be in nearly every language that After is available in, which now is up to 35! I’m so happy that readers around the world will be able to hold it in their hands before the movie releases!

Mary: Have you had a chance to listen to Hero narrating the new chapter?

Anna: I have! It’s sooo good. He has the perfect voice for Hardin. It’s so close to what I imagined, it’s almost strange. Lol.

Mary: This might be hard to answer, but if someone had time to read After in the next month, would you suggest they do so or would you tell them to wait and see the movie at this point?

Anna: Hmm.. I would say read it? You can watch without reading and read without watching, but there’s always SO much more detail in a novel than a film adaptation.

Mary: What gif best describes your life or how you’re feeling lately?

Mary: I hear that you’re already working on the sequel. How is it going?

Anna: It’s going great so far. I love screenwriting and got a taste of it during the first movie, so I’m excited to be working on the second.

Mary: Are there any books that you’ve loved that have also been adapted into a movie or show?

Anna: Harry Potter is my all-time favorite of course, but I also loved Big Little Lies and You. You is one of my favorites ever and I also loved Twilight, Fifty Shades, The Glass Castle. Sooo many!

Mary: After began as fan fiction. Are there any worlds right now that would tempt you to write more fan fiction?

Anna: The new Roswell! I’m obsessed and already plotting in my head every single week haha.

Mary: What person in your life has been especially helpful and supportive while making the movie? I imagine it’s been a crazy time.

Anna: It’s been totally crazy time! Not only am I working on post-production on the movie, working on the sequel, I have another book series I’m writing and a family. My husband and son keep me from working 24/7 (though I come close to it either way) but they have really been the place where I find quiet and normalcy during this crazy time.

Mary: If you had to pick one and only one social media platform to use, which would it be and why?

Anna: Instagram for sure. Facebook stresses me out and Twitter is where I go for news, but it’s the most toxic platform in my opinion. Instagram is mostly people sharing their happiest times. Real or not, it’s uplifting in a strange way haha.

Anna: After the movie tie-in my next book is the sequel to The Brightest Stars, but I can’t tell you the title yet 😉 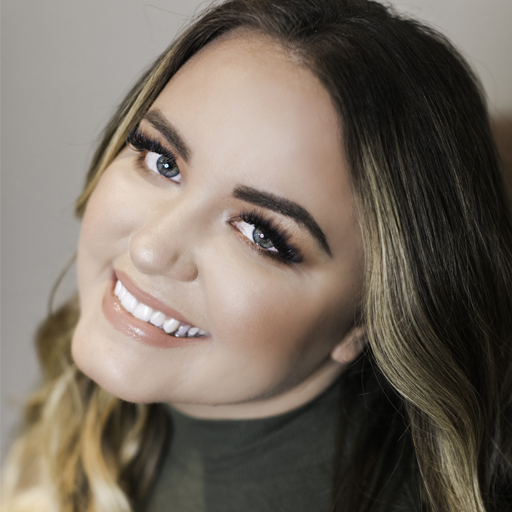 Anna Todd is the New York Times and #1 internationally bestselling author of the After series, The Spring Girls and The Brightest Stars.

Hailed by Cosmopolitan as “the biggest literary phenomenon of her generation,” Todd began her career on the social writing and reading platform Wattpad where she wrote stories on her phone, publishing a chapter almost daily for over a year. Her hobby soon became her career as After rapidly gained reads on Wattpad to become the most read series on the platform.

She has since written nine additional novels and serves as a producer on the upcoming film adaptation of After.

Anna Todd was born in Ohio. She, her husband, and son currently live in Los Angeles.

Mary Dubé is a displaced Texan, former burrito roller and retired number cruncher now living and reading in sunny California. When she’s not adding to her keeper shelf, she can be found teaching indoor cycling, bookstagramming, volunteering and pretending not to hoover over her teenager.
All Posts
PrevPrevious#MerchMonday: Getting’ Green For St. Patrick’s Day!
NextDaily Frolic: Aidy Bryant Gets Real About Her New Show ‘Shrill’Next