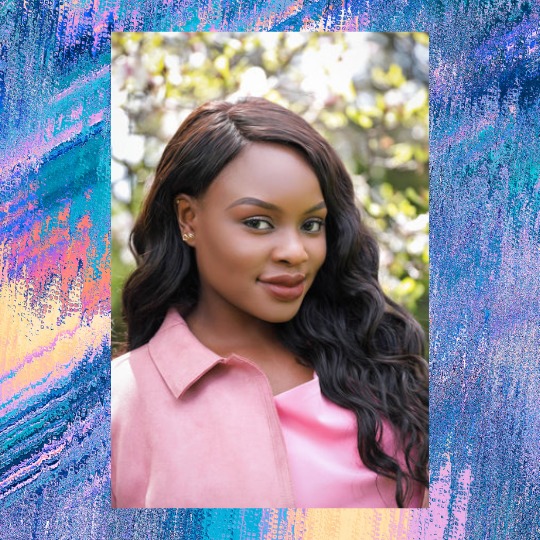 We are so excited to bring you this interview with author Jane Igharo! Jane’s novel, Ties that Tether, hits shelves September 29! 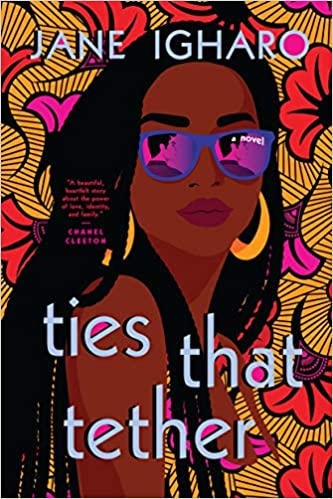 Frolic: When did you start writing? Was there a certain book or author that made you want to be a writer?

Jane Igharo: I started writing in elementary school––poems about winter turning into spring and one really cute boy I was crushing on. I wanted to be a poet. Writing novels wasn’t on my radar until I picked up “Some Nerve” by Jane Heller from the library. That was the first book that really had an impact on me. It was a romance, appropriate for someone my age, but it was also a story about a woman picking up the pieces and facing her fears. I read the novel multiple times––I was obsessed. Years later, when I decided to write a novel, I remembered how much I loved “Some Nerve” and how it focused on the main character’s growth. This helped me create Azere, the main character in “Ties that Tether,” who needed to do some growing of her own.

What was your inspiration for Ties that Tether? Tell us a little about the book!

Ties that Tether is about a Nigerian woman who starts dating a white man despite her mother’s disapproval and is forced to tackle what dating him might mean for her cultural identity. With what I had experienced as a Nigerian woman living in Canada––dealing with my identity as an immigrant, dating men within and outside my ethnicity, and dealing with my family’s expectations––it made sense to write a story about a woman who looked like me and shared similar experiences. Telling this story came very naturally because of the parallels between myself and Azere, the main character.

Have you always gravitated towards romantic novels and stories? Do you remember the first romance novel, movie or show that you loved?

The main character in Ties that Tether is obsessed with romantic movies and mentions a few of her favorites throughout the book. I’m also obsessed with romantic movies and have always been drawn to them. The first movie that got me hooked on romance was “The Mask of Zorro,” starring the love of my teenage years, Antonio Banderas. The sexual tension between him and Catherine Zeta-Jones was amazing. I was unnaturally obsessed with that movie and absolutely infatuated with Antonio. Till this day, I still am.

Ties that Tether touches on themes of identity and culture. Can you share a time when you personally felt as if your identity was being tugged in two different ways?

As an immigrant, I’ve always felt that tug, especially while growing up. At home, I was one person––a Nigerian. If I slipped into a Nigerian accent, it was okay. If I spoke pidgin English, my family understood. Eating traditional food was the norm. At school, I had to be someone else––a Canadian. Code-switching was necessary. Having a sandwich or a wrap for lunch was safe.

I’ve now found a balance and confidence with being Nigerian Canadian. But when I was younger, my identity was tugged between my family, who expected one thing from me and between classmates, colleagues, friends I didn’t feel comfortable being myself around, and boyfriends I feared wouldn’t understand my culture.

Which aspects of Ties that Tether are you most excited to share with readers?

I’m really excited about giving readers a glimpse into Nigerian culture. I think it’s an aspect of the book that makes it unique and something that will interest readers who aren’t familiar with the culture.

Why do you think stories about identity are so important, powerful and relevant right now?\

The world is full of differences. No one is the same. And I think what often causes prejudice is the fact that people aren’t willing to learn about the differences of others and most importantly, respect those differences. That’s what makes stories about identity so important and powerful. It introduces people to the culture, religion, and experiences of someone who isn’t like them and in doing so, expands their perspective. I think, for this reason, stories about identity are essential and always relevant.

Jane Abieyuwa Igharo was born in Nigeria and immigrated to Canada at the age of twelve. She has a journalism degree from the University of Toronto and works as a communications specialist in Ontario, Canada.

She writes about strong, audacious, beautifully flawed Nigerian women much like the ones in her life. When she isn’t writing, she’s watching “Homecoming” for the hundredth time and trying to match Beyoncé’s vocals to no avail.

Her debut novel Ties That Tether will be released by Berkley (Penguin Random House) in September 2020.

Where Romance and Pop Culture Live Happily Ever After.
All Posts
PrevPreviousBingeable TV and Book Pairings by Sara Whitney
NextWeekend Podcast Guide: September 29!Next