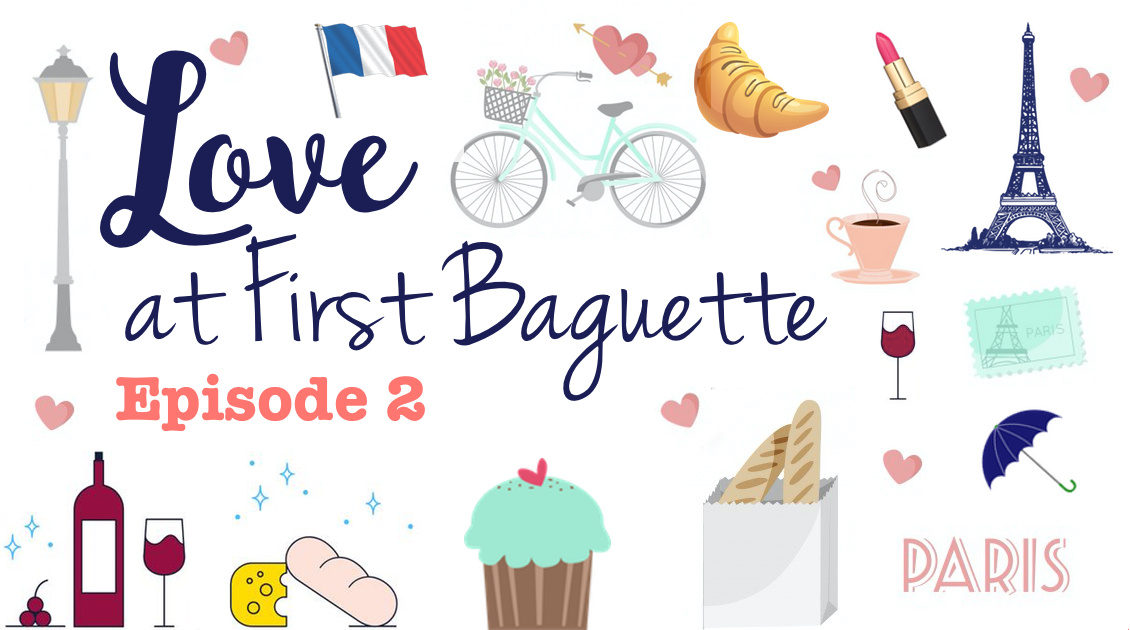 Just because my first date through AmourForTwo.com hadn’t worked out—the guy had stood me up!—didn’t mean I would give up on Internet dating. Sites like these were all the rage in Paris, and I was nothing if not tenacious.

Unfortunately, date number two was nothing but tedious.

At first, I chalked it up to nerves on both our parts. Everyone was awkward around someone new, and what was basically a blind date made it even worse. But it turned out that my date, David, seemed to have no concept of awkward.

My French was one hundred percent better than his English, and yet the second he found out that I was half American, he would not speak to me in French.

“Me. I own a gym, and I go to ze gym. Four. Maybe five times every week.” David put down his fork and curled both biceps into great, big, bulging muscles—and yes, they were impressive. “See, Edder?”

“Heather,” I corrected out of habit, although it was a lost cause in most cases. Unless they’d been speaking English their whole lives, French people had a lot of trouble pronouncing my name. Their letter h was always silent, and a th sound was basically impossible to make.

Bruno passed by our table, checking to make sure everything was all right. He was the maître d’hôtel and head waiter at Chez Phillippe. I was a regular here, and it was close to home. I’d decided to make the café-bar-restaurant my “safe place” for these first dates when I signed up for AmourForTwo.com. Bruno wasn’t tall, but he was built like a brick wall and would step between me and anyone making me uncomfortable the second I sent a distress signal.

“Parfait,” both David and I answered, even though I was itching for this to end. I was tired of hearing about his workouts.

Bruno nodded and moved on to another table.

“I ‘ave a brown belt in karaté.” David started making martial arts movements at the table. I pasted a neutral look on my face and considered ordering anchovies.

Bruno, the rest of the Chez Phillippe staff, and I had worked out a system the other day when I’d been having lunch here with my roommate, Fleur. Anchois was the code word. Bruno knew I hated anchovies with a passion that rivaled my love for light, buttery croissants. If I ordered something with the dreaded fish, Bruno would come to my rescue. We hadn’t specified how, exactly, although everyone at Chez Phillippe had chimed in with suggestions. They’d ranged from simply calling me with a false emergency to the utterly ridiculous idea that the new bartender would sweep me away in a fit of jealousy.

I glanced at Adrien, who moved down the bar with an easy smile to serve a group of customers. I knew his name now. I also knew he was a sculptor, bartending several nights a week to make ends meet.

But starving artist? My mom would kill me.

Oh, geez. I was on a date. I turned back to David.

David and I were nothing alike. I considered wrestling the cork from a wine bottle to be decent exercise and sometimes wondered if potato chips could count as a vegetable.

“I walk a lot,” I said between bites. “I go to different parks, or to one of the nearby forests on the weekends. Sometimes the Bois de Boulogne, if I don’t have enough time to really get out of the city.”

“Le Bois de Boulogne! You will not be en sécurité!” David looked truly worried for my safety, but then he recovered and winked at me. “Me. I can go wit’ you. Next weekend. Protect you.”

My forced smile may have turned feral, and my stomach cramped at the thought. Those walks were my time. I went alone, to think, to clear my head. If I was upset about something, I might even break into a jog.

“It’s perfectly safe,” I answered. And David had better not show up in the woods and surprise me. “What made you try Amour For Two Dot Com?” I asked, trying to steer the conversation away from my weekend walks or anything remotely sports-related.

“Les demoiselles…” The ladies… He shook his head. “I don’t know. Everywhere else…” He shrugged, and I liked him more right then than I had during the last hour and a half. He looked so unsure and genuine. “No one was interested in gym equipment.”

He nodded, knowing that meant there wouldn’t be a second date.

I fidgeted, thinking this was about to get even more awkward, but then he grinned, because he was a good guy, even if he wasn’t for me.

“Et moi, j’aime pas trop les balades en forêt,” he admitted. He didn’t like nature walks. And he’d reverted to French, not trying so hard to impress me anymore.

We smiled and clinked glasses, having a much better time now that the pressure to fake having a good time was off. We even ordered dessert.

“Sacré bleu!” I exclaimed as I threw open the door to the flat and collapsed against the wall.

Fleur laughed at my theatrics and put the television on mute. I locked up behind me before tossing my keys on the table and kicking off my high heels. My feet were sore after the steep, downhill walk on mostly cobbled streets. Chez Phillippe was in the heart of Montmartre, while we were on its southern edge.

I flopped down next to Fleur on the couch, and she handed me her bowl of popcorn. I set it aside. I was stuffed. David had been too much of a gym enthusiast for me, but he’d been polite and generous, paying for our date. I hoped he’d find a body-building woman to love him forever and have muscle-bound babies with.

Fleur tucked her pajama-clad legs up under her as she turned to me. “How was it?”

“If I had any interest in treadmills, lifting weights, or karate, it would have been great.”

She pursed her lips. “I thought you put cinema, art, novels, hiking, and fashion as your interests.”

I tossed my hands in the air. “I did!” Although hiking had been a bit of a stretch, even with my regular walks in and around Paris. The biggest hill I climbed on a regular basis was the one to get to Chez Phillippe.

“What did he put for his interests?” Fleur asked.

“Sports and exercise.” I reached for the popcorn after all. There was always room for popcorn. “I guess I should have realized he meant it.”

Fleur laughed. We finished off the bowl together while we flipped channels and talked.

USA Today bestselling author Amanda Bouchet grew up in New England and studied French at the undergraduate and graduate levels, first at Bowdoin College and then at Bowling Green State University. She moved to Paris, France, in 2001 and has been there ever since. She met her husband while studying abroad, and the family now includes two bilingual children, who will soon be correcting her French.
All Posts
PrevPreviousOne & Done… Five Steamy Standalone Romances
NextThe Great Cliffies Debate by Kennedy RyanNext