Matters of the Heart by April Hunt 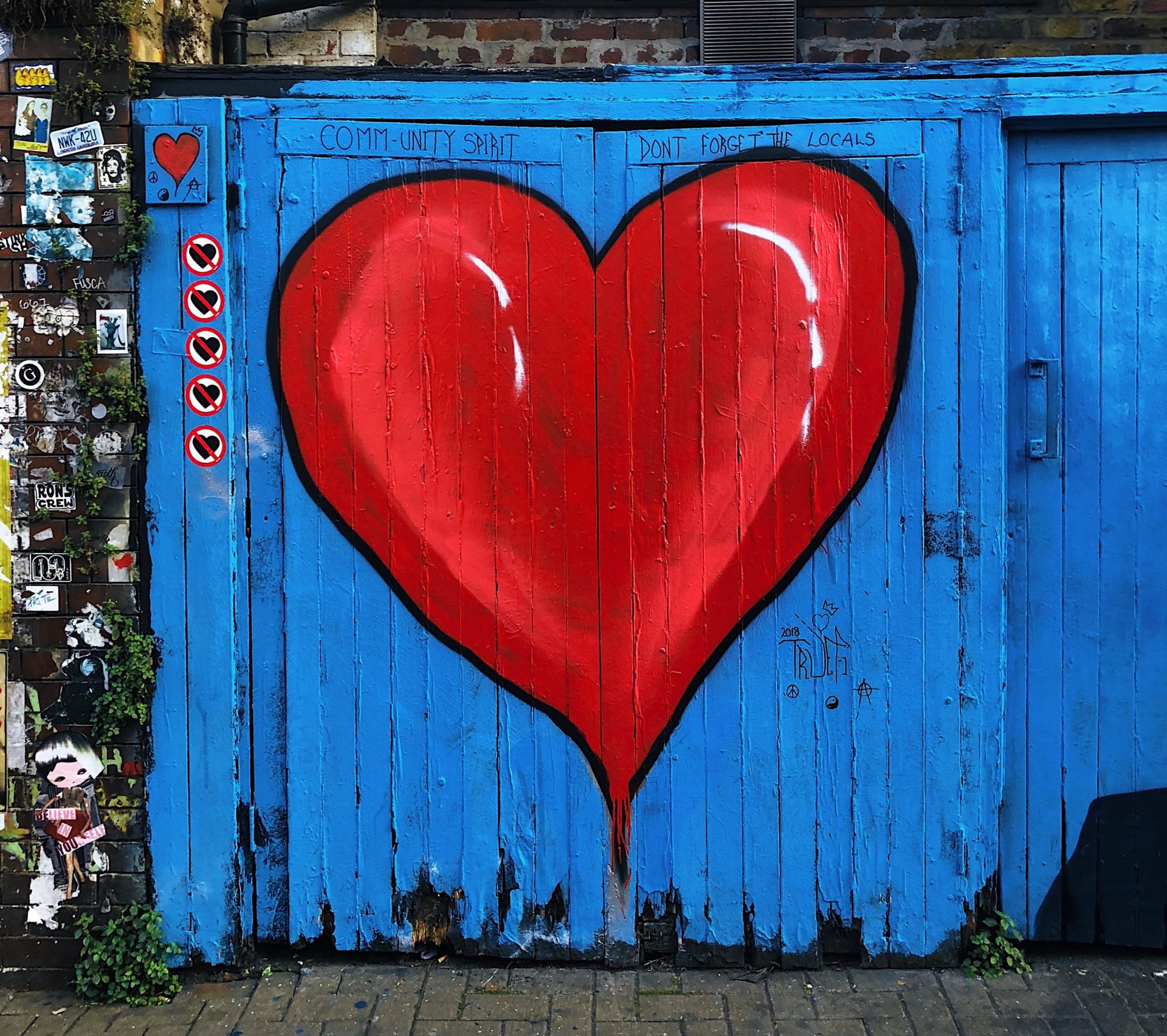 [Note from Frolic: We are so excited to have author April Hunt guest post for us today in honor of #CHDAwarenessWeek!]

There’s an excited buzz that flows through romance writers’ fingers when we sit in front of our computer and type out Chapter One. The possibilities that lay ahead of us are limitless. Characters. Plots. Struggles. Each an element that changes the road to Happily Ever After.

When it came time for Deadly Obsession to transform from a blank page into a cohesive collection of words, I broke out the tattered, nearly-filled notebook that I lovingly call my Writer’s Grimoire and got to work.

One idea. That’s all you need. One little spark that catches and grows until you suddenly have a roaring campfire… complete with toasted marshmallows, graham crackers, and of course, a king-sized chocolate bar.

Sometimes I start by outlining the hero, as I did with Logan in Hot Target. Other times, thanks to a few bizarre dreams and husband-initiated disaster movie marathons (hello, Steele Ops #3), a plot idea worms its way into my head. But this time around, I changed it up yet again.

Before there was a Knox Steele, before I subjected the people of Washington D.C. to the Cupid Killer, and well before my lovely team at Forever and I came up with the title Deadly Obsession, there was Zoey.

I saw her first.

I knew Zoey would have as strong opinions about the final episode of Buffy as she would about the latest tech used in magnetic fingerprinting. Her awful vision and very real fear of anything (including contacts) coming towards her eye meant she had a reason to buy glasses in every color of the rainbow (those are two things Zoey and I have in common).

Another thing I just knew about Zoey Wright?

It may sound odd to others, but if I had taken that aspect of Zoey’s life away from her while writing Deadly Obsession, it no longer would’ve been her story. It would’ve been Maggie’s or Nicole’s or Samantha’s (I think you get the point, so I’ll put my baby name book down now).

In my mind, Zoey was already living with a CHD, and it was time for her to make her mark on the world. She just needed a little help from yours truly.

Through my [redacted age] on this earth, I’ve seen congenital heart defects more times than I care to count. Unfortunately, I’ve also seen them through two very different lenses—through one I’m standing by a friend, watching her say goodbye to her first child, and through one I’m a healthcare professional, fighting to save a small, fragile life.

There isn’t a single aspect of congenital heart defects that isn’t scary—for the child, for the family, and for the medical team. According to the American Heart Association, CHDs affect one in one hundred births. That’s over 40,000 babies per year in the United States alone, and their struggle doesn’t end with the diagnosis. CHDs are constant. They’re chronic. They’re life-altering.

A CHD isn’t one defect. There are over seventeen defects that can be lumped into that single term, and they can be present alone or with any number of others. That means that no one CHD patient’s recovery is like another. They’re as individualized as the people themselves.

In Deadly Obsession, Zoey was born with the Tetralogy of Fallot, a condition where multiple defects make it nearly impossible to carry oxygen throughout the body. Like most children born with CHD, she required surgery within days of birth, and her road to adulthood is not without a few twists and turns…and set-backs.

After a childhood spent in and out of hospitals and doctor’s offices, Zoey struggles to take back her life, which is not easy when you’re used to restrictions and having to read the fine-print on everything.

The Venti mocha frap with the salted caramel sauce? Forget it.

That amusement ride not meant for anyone with heart issues? Fine…the carousel it is.

But Zoey’s done with the rides that don’t leave the ground—and her brother’s best friend is the most hair-raising, death-defying thrill ride around. Deadly Obsession sheds a small light on what life can be like with a CHD, and follows Zoey as her dreams for the future clash with the trials of the present.

[He-ro]: “Is an ordinary individual who finds the strength to persevere and endure in spite of overwhelming odds.”

I don’t think there’s a more apt description for babies born with a CHD, their families who love them, and the medical staff who cares for them both. #HeroesDontWearCapes #CHDAwarenessWeek #1in100 #HeartWarriors 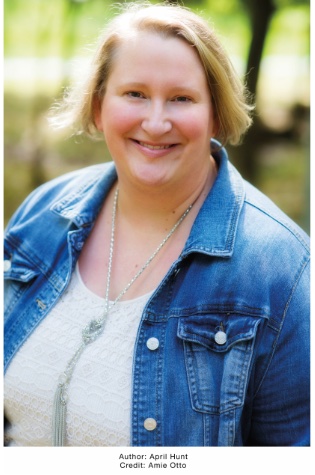 April Hunt blames her incurable chocolate addiction on growing up in rural Pennsylvania, way too close to America’s chocolate capital, Hershey. She now lives in Virginia with her college sweetheart husband, two young children, and a cat who thinks she’s a human-dog hybrid. On those rare occasions she’s not donning the cape of her children’s personal chauffer, April’s either planning, plotting, or writing about her next alpha hero and the woman he never knew he needed, but now can’t live without. 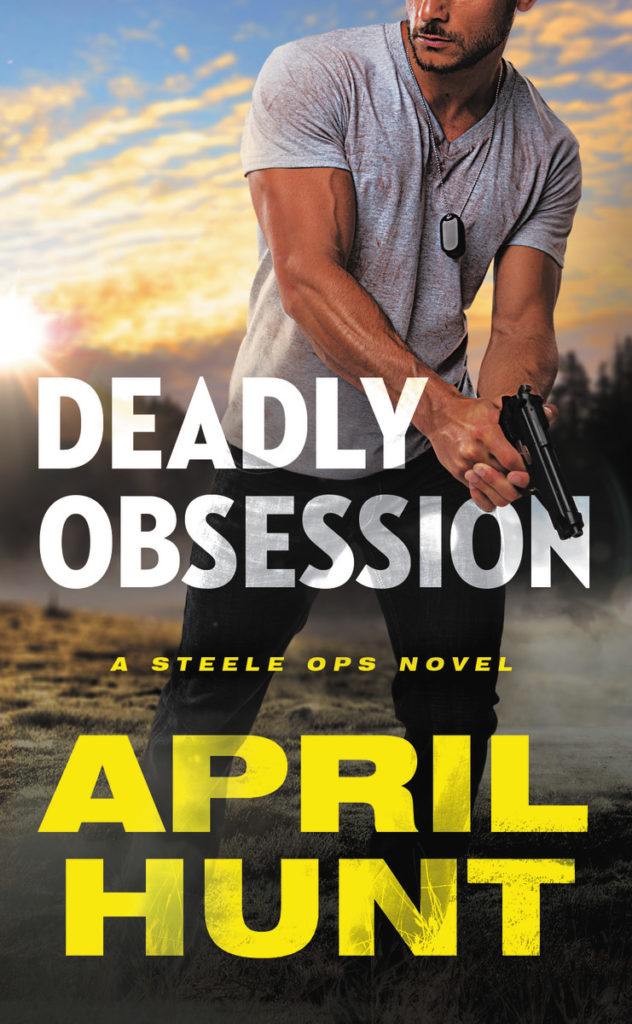 Someone is watching their every move.
After a lifetime spent in and out of hospitals, Zoey Wright is tired of playing it safe. She’s ready to take charge of her own life and get out of her comfort zone, starting with a new job as a CSI agent. But when her childhood crush Knox Steele gets pulled onto her case, Zoey needs to put her feelings for him aside or more women will die at the hands of the serial killer preying on her hometown.

Former Army Ranger Knox Steele is back in Washington to help his brothers open an elite private security firm. He never expected to stumble onto a crime scene, or see his best friend’s little sister working it. Zoey is all grown up now, and the attraction between them is electric, despite his best efforts to resist it. But all that changes for Knox when he realizes the victims have one thing in common . . . and Zoey might be next.

Where Romance and Pop Culture Live Happily Ever After.
All Posts
PrevPreviousDaily Frolic: ‘Steel Magnolias’ is Returning to Theaters!
NextTropes We Are SO Here ForNext