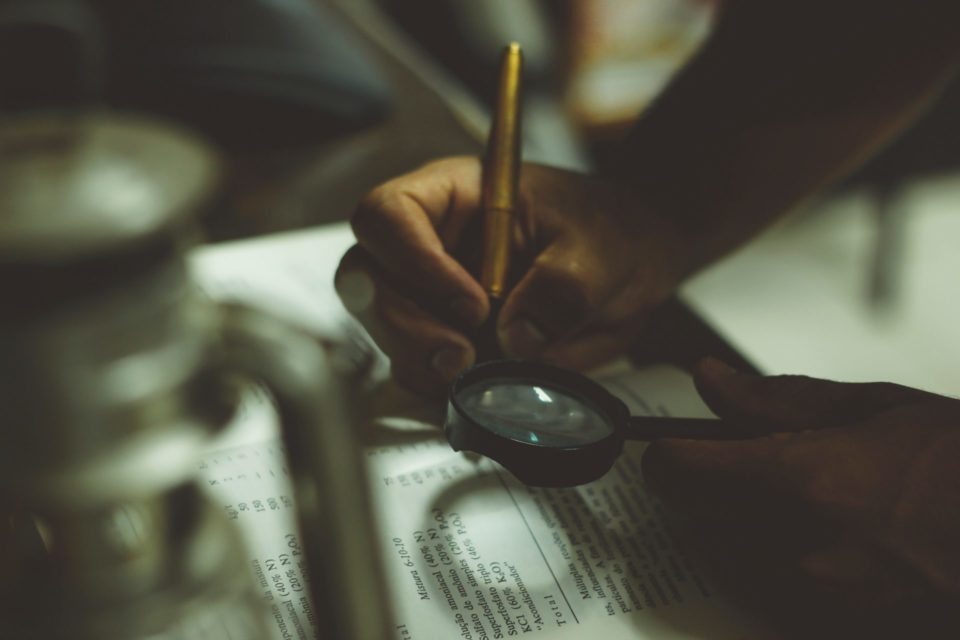 I’m a Sherlock Holmes writer, and my novels emulate the style of Sir Arthur Conan Doyle. Because I’m aiming to be true to the originals, you won’t be reading Holmes in a romance, not in my books. You will see him encounter a wide variety of very interesting women… to a wide range of effects. But fall in love? No. Doyle didn’t touch it, and neither will I.

However, I have been in love with Sherlock Holmes since age ten. Long before Cumberbatch, Downey, and Brett brought him deliciously to the screen. And I know lots of people who feel the same.

Sherlock Holmes as Doyle created him is not a typical romantic hero. And yet… catnip. Absolute, and utter, hotness. Right there on the page.

So many of us fell in love with the man in the original stories. Why on earth? Here are ten reasons why:

1. Sherlock Holmes himself is a mystery.

What more enticing thing can a man be than a locked box? We don’t really know about him – his schooling, his parents, his politics, his passions. He’s kept us guessing for 130 years. But if we observe very, very closely…. really listen to what he says…. we just might figure him out. There are abundant clues. But they are very tiny ones. He awakens our own inner detective. He’s a challenge.

Nothing like a touch of Byron to get one hot and bothered. Hanging out with Sherlock Holmes can break your heart or get you killed.

As Irene Adler of BBC’S Sherlock said, “brainy is the new sexy”. In this world of specialists, Peter Pans, and man-children, Sherlock Holmes is a man who knows a lot…about a lot. And he knows what he is doing. Holmes is an encyclopaedia of crime, he picks locks, he remembers everything he reads, he makes chemical discoveries, meditates (yes even in the original books), boxes so well he sends opponents home in a cart, quotes Goethe and Shakespeare, speaks French and German, and writes monographs on the motets of Lassus. There’s little he can’t do, if he sets his mind to it. And that is the physical realm as well as the mental.

That violin. And how he takes solace in the concert hall. How he sees dingy buildings housing schools for the poor as “Lighthouses! Beacons of the future.” The man has an artistic, somewhat visionary side to him.

Doesn’t do so well without Watson. This is a massive heartstring tug. He needs a best friend and not just any best friend. He needs salt-of-the-earth, man of action and “fixed point in a changing age” John H. Watson. We long to have our own Watson. Or to be a Watson to another. As several of my friends put it, oh, the feels.

6. He’s a knight in shining armour.

Champion of the underdog. Tireless worker for justice. Would risk his life for his friend, or a client. Brave, bold, heroic in spite of his flaws. Overcomes everything to deliver.

Well, at least paired with Watson he is. Those two make me laugh. A lot. Funny is a clear aphrodisiac.

9. He brings out the best in Watson, and in us.

Sherlock Holmes has no use for revenge, petty recriminations, comeuppances, or gossip. He’s just all about justice. No BS. And this passion, this drive, is also tempered with a deep humanity, a recognition of context, so that once in awhile he’ll let someone who committed a crime go free. Because he knows, deep down, they are capable of being a better person.

And we’re better people for knowing Sherlock Holmes. I know I am. And more than a little in love.

San Francisco native  Bonnie MacBird attended Stanford University where she earned a BA in Music and an MA in Film.  Her long Hollywood career includes four years as a feature film development exec at Universal, the original screenplay for the movie TRON, three Emmy Awards for documentary writing/producing, eleven Cine Golden Eagles for scripted and documentary work, numerous produced plays and musicals, and theatre credits as an actor and director. 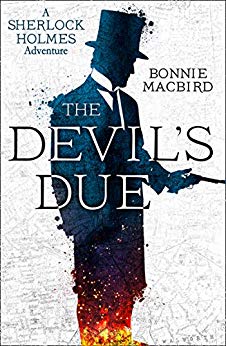 The Devil’s Due by Bonnie MacBird, out now!

After Art in the Blood and Unquiet Spirits, Holmes and Watson are back in the third of Bonnie MacBird’s critically acclaimed Sherlock Holmes Adventures, written in the tradition of Conan Doyle himself.

It’s 1890 and the newly famous Sherlock Holmes faces his worst adversary to date – a diabolical villain bent on destroying some of London’s most admired public figures in particularly gruesome ways. A further puzzle is that suicide closely attends each of the murders. As he tracks the killer through vast and seething London, Holmes finds himself battling both an envious Scotland Yard and a critical press as he follows a complex trail from performers to princes, anarchists to aesthetes. But when his brother Mycroft disappears, apparently the victim of murder, even those loyal to Holmes begin to wonder how close to the flames he has travelled. Has Sherlock Holmes himself made a deal with the devil?

Where Romance and Pop Culture Live Happily Ever After.
All Posts
PrevPreviousNew Adult Corner: Top Picks for October!
NextAuthor on Author: Catherine Cowles and Kristen Proby!Next