Planning Peace: When Your Obsession Helps Your Writing Career 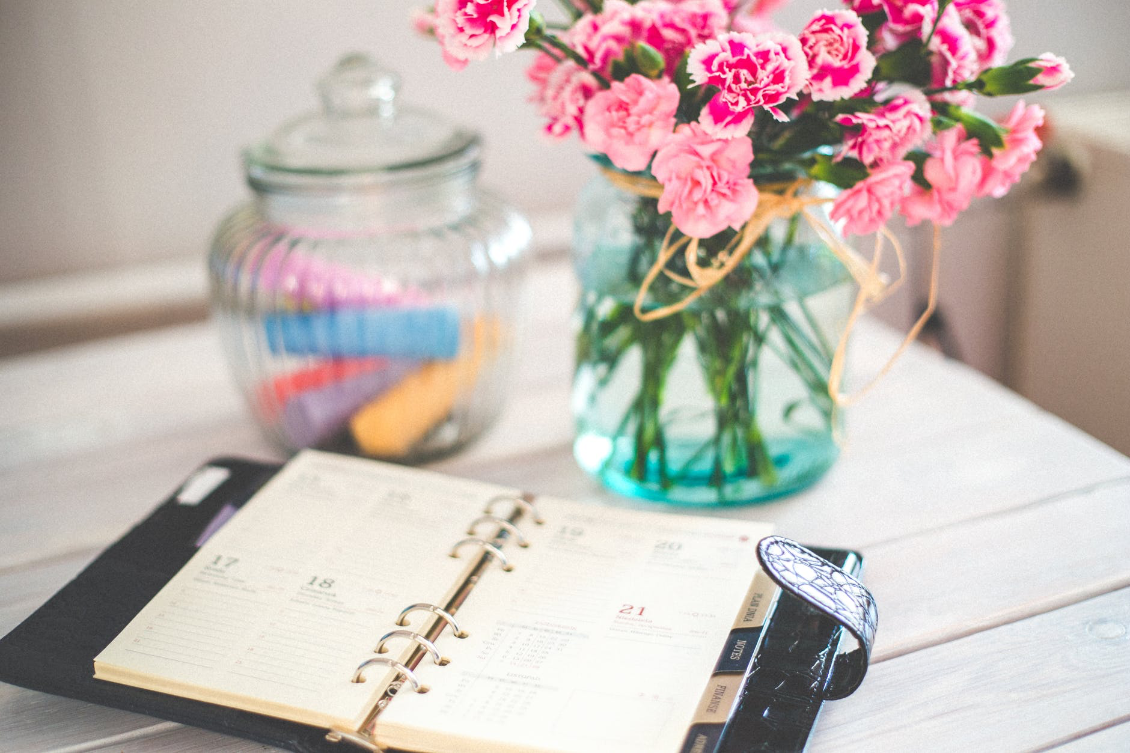 My natural instinct as a writer is to sit down and let the words flow.  The term for this is pansting.  A panster is one who writes by the seat of their pants.  It is a valid method of writing that I think many authors successfully use.  I was one of them, until an acquiring editor told me she wanted a proposal of what I intended to write, and not a finished book.

I knew how to write a book.  But I had no idea how to sell a book on proposal, because the idea of knowing what would happen in my book – beyond vague beginning, middle and end plot points I wanted to target – was something that never entered my mind.

So, what’s a writer to do?  Well, if she’s me, and she wants to sell that book, she figures out how to making this plotting thing work for her, and quickly.

The idea of plotting my books gave me hives.  No, you don’t understand.  I am allergic to outlines.  There isn’t enough Benadryl in the world to make plotting a natural thing in my life that my brain won’t have an overreactive response to.  For me, outlines feel too restrictive.  They also suck the ever-loving fun out of writing the story.  If I know every detail ahead of time, I’m loathe to write it when it comes time to execute the work.  I know others will argue this point, but really, just stop, my brain will never find fun or ease in plotting.

I discovered something called plotsting (a combination of both pansting and plotting), and it definitely helped me move from this idea of writing when I wanted, how I wanted, to a place where structure wasn’t the evil thing I always made it out to be.

One of the major tools I discovered to help me plot just enough to have a loose sketch of my ideas, but still allowed me the freedom of creating as I went, was a beat sheet.  You can find them all over the internet.  I stumbled on author Jami Gold’s Romance Beat Sheet, and it clicked with my brain instantly.  That beat sheet offered me structure without walls.  I could build this flimsy shell of a story arc and strengthen it as I wrote the actual book.  I had a roadmap, but the looseness of the structure allowed me to take an alternative path whenever I wanted.  It was the perfect solution for my current problem of having to present a story idea without knowing exactly what will happen in the book (because I haven’t written it yet).

Once I began using these beat sheets, I noticed there was an inherent benefit to structuring my novels this way.  Even though the framework was loose, it did provide some organization, and that structure allowed me to be more productive and efficient as I wrote.  Now, I know some of you will ask, if a little plotting added to your pansting ways gave you good results, why not switch to plotting all together?  Wouldn’t more plotting give you great results?  Theoretically, yes.  But let’s face it.  I’m a mother of two who spends most of her days trying to figure out how to keep the small people that live in my house alive.  My brain is so frazzled by the end of the day, I’m not going to antagonize the brain cells I have left by attempting to force them to work in a way they just don’t like.  So, in my case, a little plotting goes a long way.

My aversion to plotting notwithstanding, I did see how having a guide could be helpful in my writing, not just with the development and drafting of the story, but with my writing schedule too.  And then, like a heavenly chorus from on high, a light went off in my head, and an idea was born.  Maybe you could use the same tool that organizes your real life to organize your writing life.  With that, I began searching for ways to use my “Happy Planner” system by MAMBI, to create a writing planner that would make my writing both efficient and productive. 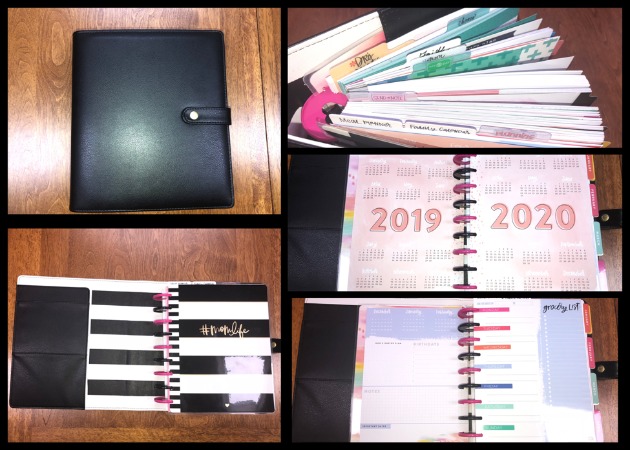 If you don’t know anything about the planning community, honey, let me tell you, “the Happy Planner” is where it’s at.  It is my new obsession!  I love everything about! It’s a customizable disc-bound system that allows me to organize my life while indulging in crafts at the same time.  I get to play with stickers. That can never be a bad thing.  It’s functional and fun, and the process of setting it up, or using it as a planning tool is very relaxing.  I’d been using the system for a year to keep my real life in check.  But the thought of using it to do the same for my writing life hadn’t occurred to me.  Rest assured, I rectified that misstep quickly.

As one does when you’re embarking on a new endeavor, you research the product to see if it will satisfy your needs.  So, I headed to one of my favorite places for product research, YouTube, and discovered that author Sarra Cannon in fact has a video titled, “How I Use An Old Happy Planner For Plotting” on her Heart Breathings channel.

Although her demonstration was informative and innovative, I discovered I liked her concept of planning, but the visual method didn’t work for me.  Sarra’s video called for a Happy Planner with a vertical layout.  That layout drives me batty, so there was no way I could incorporate it into my writing life.  After musing over it for a few days, I thought up a way I could use some of her concept but not her execution that worked perfectly for me. 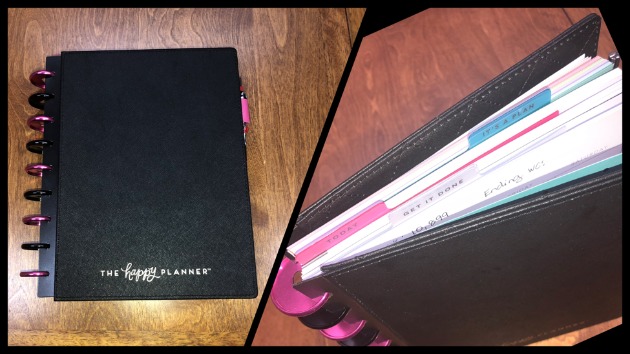 Unfortunately, MAMBI hasn’t made a “Writer Girl” planner – no matter how much I wish they would.  In the interim, I’ve come up with what amounts to a writing notebook sectioned in a way that meets the needs in my writing life directly. 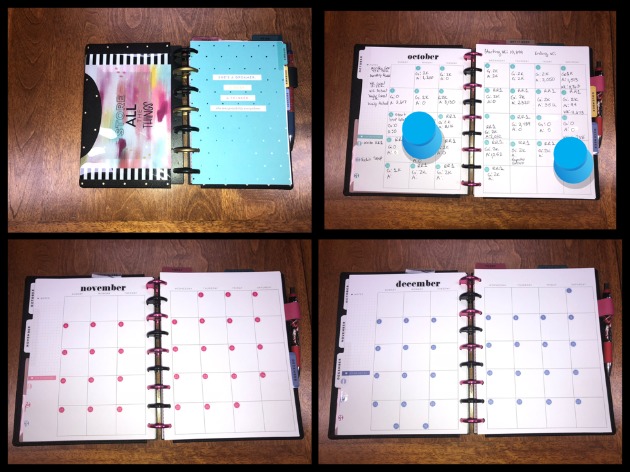 The first section of my writing planner is three months from an undated “Dreamer” six-month extension pack from “Happy Planner”.  Each month includes a monthly spread, followed by four or five weekly spread pages.  I use the monthly spread to document my daily word count goals versus my actual daily word count.  It allows me to see how productive I am or am not being at a glance.  I also record any writing-related deadlines on the monthly spread as well.  On the weekly pages, I write down things I need to do for my writing.  Usually scene reminders or plans for the execution of certain scenes on certain days. In essence, everything I need to know about my writing at glance I can learn by flipping a page. 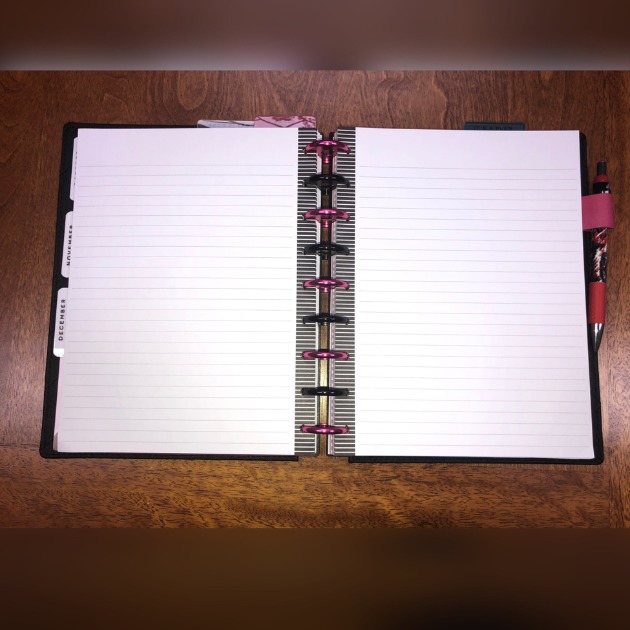 The second section is blank, lined (because I hate graph paper.  It reminds me of plotting math axes, and just no) note paper from “the Happy Planner” system.  This is where I sketch ideas about my scenes or work out problematic things that may keep my scenes from flowing the way I want them to.  I’ve used this to fashion scenes so well, that sometimes all I have to do is literally transcribe the notes into my novel draft (I so love it when that happens). 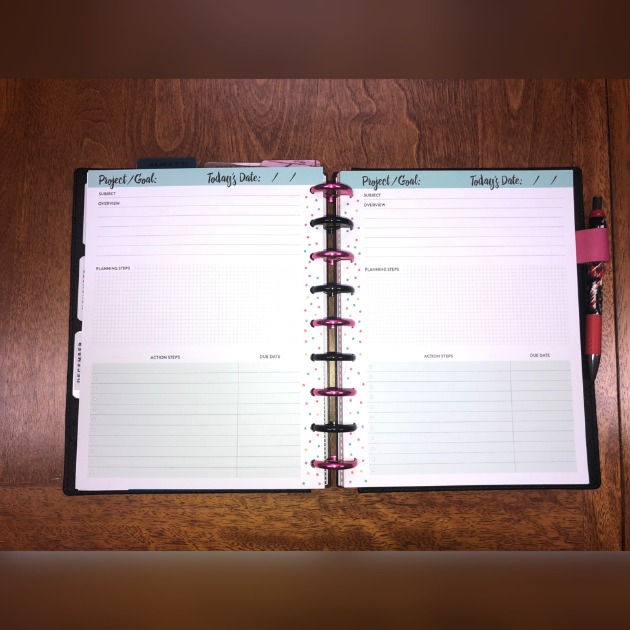 The final section is filled with “Project Refill Sheets” for “the Happy Planner”.  This is where I work out ideas, mostly the, “I wonder what would happen if” questions that usually become story ideas after development.  These sheets also have a section to list actionable steps to take that idea from the brainstorming stage to publication. 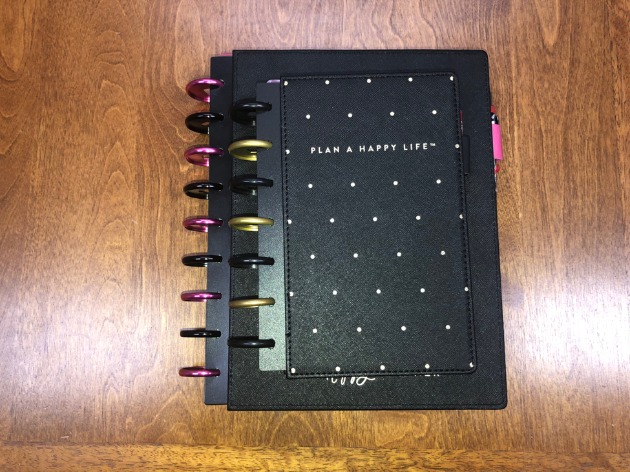 This Frankenplanned system (the method of placing different planner parts together to make one customized planner) works perfectly for my brain, because there is a section for every step of my writing process.  Everything from planning, to drafting, to publication can be worked out in this one place.  There is structure, but it’s still flexible enough to allow me the freedom to alter my process however I see fit.  I’m not stuck.  I’m not confined.  And the most important part is that my writing life is now more organized.  I can see what needs to be done and do it, and because I had the foresight to create a classic sized planner for home, and a mini for my purse, my writing is organized even on the go.

If a writing planner is something you’re considering, check out “the Happy Planner” system.  Perhaps my method doesn’t work for you.  However, I’m sure there’s a way to piece together something that will suit your needs specifically.  And there’s stickers!  Remember, stickers are never bad. 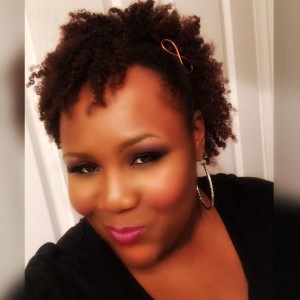 LaQuette writes savvy, sensational, and sexy romance featuring diverse characters who are confident in their right to appear on the page. She is the 2016 Golden Apple Award Author of the year winner, is currently signed to Sourcebooks and Dreamspinner Press, and is represented by Latoya C. Smith of the LCS Literary Agency.
All Posts
PrevPreviousExclusive Excerpt from Elizabeth Hoyt’s ‘Not the Duke’s Darling’
NextHi, I’m C.D. Reiss and I’m Obsessed with ‘Succession’ (aka Bad People Porn)Next