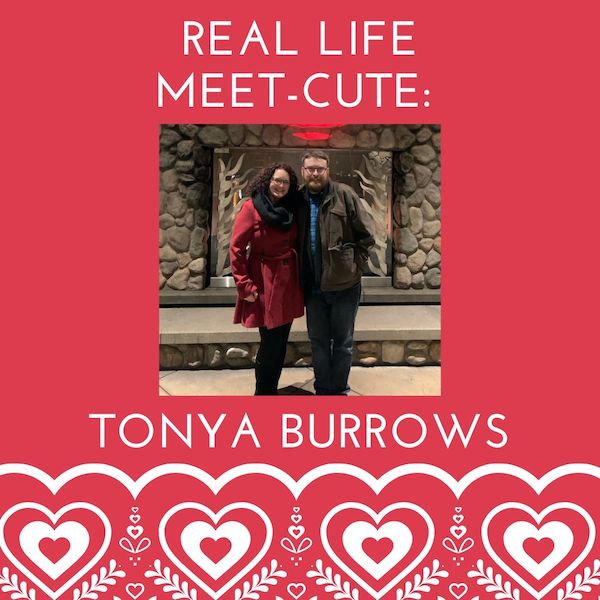 [Note from Frolic: We are so excited to welcome author Tonya Burrows to the site today. She’ll be telling us all about her real life meet-cute!]

In August 2015, I packed up and moved from Florida to Seattle, Washington essentially on a whim. I rented a house about 40 minutes north of the city with some grad school friends and promptly signed up for Match.com. I mean, I was 30 years old, had been single for several years, and was well on my way to becoming a crazy cat lady—but with dogs. Crazy dog lady? Doesn’t have the same ring, but you get my meaning. That old biological clock was starting to sound like Big Ben.

My first Match date in Seattle was a disaster. We met for coffee and chatted for a bit, then he abruptly stood up and said he was leaving.

Ah, dating. This was why I’d been single for so long.

A couple months pass. No more dates for me. Then I matched with a seemingly nice guy. He’s Australian, loves dogs, loves movies, enjoys hiking and all of the nerdy stuff I like. We messaged back and forth for a week or so, then decided to meet at the “Starbucks on Pike.” Now, if you know anything about Seattle, you know there’s a Starbucks on every corner. You also know there’s a Pike Street and Pike Place Market.

However, I didn’t know very much about the city at the time.

The only thing I knew was Starbucks + Pike must mean the original Starbucks, the first ever built, at Pike Place Market. So that’s where I went. It was busy, so I texted him when I got there to let him know I’d arrived and what I was wearing. He messaged me back and said he couldn’t see me, but he was downstairs.

The original Starbucks is literally a hole in the wall. Tiny. No downstairs.

Confused, I texted him. He called me. My first ever non-text conversation with him was about how I went to the wrong place. I. Was. Mortified. He was understanding and sweet. Since he had to go to work that afternoon, we agreed to meet at the correct Starbucks on Pike Street the following week.

I went home, tail tucked between my legs, and told my roommate I could not possibly meet him for the second first date. How could I? I barely knew the guy and I’d already made a complete fool of myself. I usually hid my absurdity until at least the third date.

My roommate convinced me not to adopt another dog and to give the guy a chance. If he was willing to try again after the failed first date, maybe he was patient enough to put up with my absurdity for the long haul.

The Boyfriend and I have been together ever since that second first date. I got my HEA.

Tonya Burrows wrote her first romance at age 13 and hasn’t put down her pen since. Originally from a small town in Western New York, she suffers from a bad case of wanderlust and usually ends up moving someplace new every few years. As of now, she lives in the Pacific Northwest with The Boyfriend, a diva schnoodle, a plucky pug-mix, and #writercat.

When she’s not writing about hunky military heroes, Tonya can usually be found kayaking, hiking, or road tripping across the country. She also enjoys painting and B grade disaster movies. 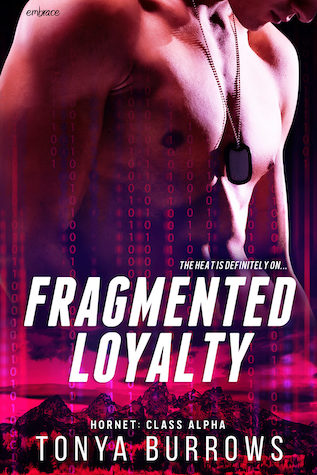 About Fragmented Loyalty by Tonya Burrows, out Feb. 24th!

The plan: Hack my way into being part of Class Alpha, a training program for a secretive organization that rescues hostages the government can’t or won’t go after. Save the world and make enough money to pay back my blackmailer—solves all my problems, right?

The complication: Sweet, nerdy, and unbearably sexy Eric “Harvard” Physick. Harvard is my ideal man, but he’s also my instructor. Seriously a no-go, except we can’t seem to keep our hands off each other.

My blackmailer isn’t willing to let me off the hook, though, and a series of freak accidents—deadly accidents—sends Class Alpha into a tailspin. And the more I get to know Harvard, I start to realize his past is just as troubled as mine.

Am I the cause of this chaos…or is he?

Where Romance and Pop Culture Live Happily Ever After.
All Posts
PrevPreviousLove Like a Black Girl…The Life and Times of a Romance Author!
Next#TBT Recs: Get a Different Name DayNext