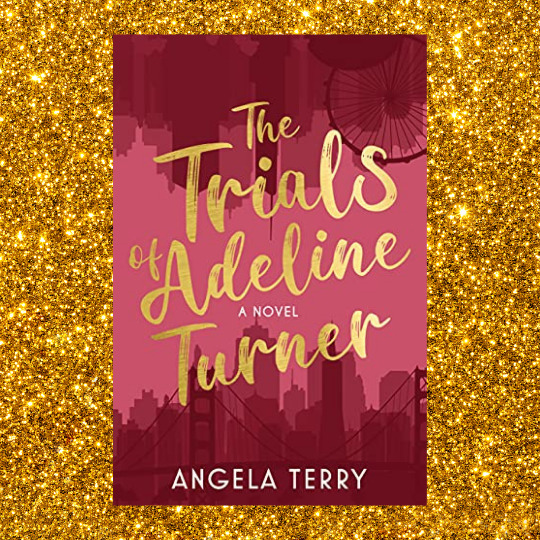 We are so excited to bring you this exclusive excerpt from The Trials of Adeline Turner by Angela Terry! 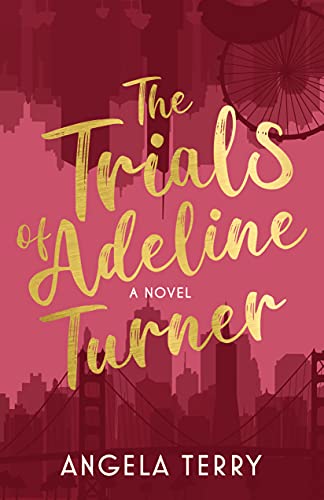 About The Trials of Adeline Turner:

Thirty-three-year-old corporate attorney Adeline Turner has built her adult life around stability. Her professional life is thriving, but her personal life . . . not so much. Deep down she wants more, but finds it’s easier to brush aside her dreams and hide behind her billable hours. That is, until a new client and a chance encounter with her high school crush have her taking leaps she never planned. Suddenly, unadventurous, nose-to-the-grindstone Adeline finds herself moving across the country from her predictable life in Chicago to San Francisco, falling into messy romantic situations, and trying to unravel an office-sabotage plot before it ruins her career.

Without the safety net of her old life in Chicago, Adeline must become her own advocate and learn that people aren’t always who they seem. Which makes her wonder if the key to having the future she desires lies in uncovering the truth of the past.

From Charming Falls Apart author Angela Terry comes a story about finding the courage to face your past, be true to your heart, and live your best life. Fans of Sophie Kinsella and Emily Giffin will enjoy cheering for Adeline Turner as she navigates the twists and turns of her newly complicated life in this fun, heartwarming novel.

Since I’ll be gone for almost a week and had to bring a full lineup of suits, business casual, and sportswear, I have to go through the whole ordeal of checking luggage. After handing my suitcase to the airline clerk and receiving my luggage tag, I smile, say thank you, and turn around while readjusting my tote bag on my shoulder. As I do, I run smack into a blue shirt.

“Ow, sorry,” I say apologetically. “I should really look where I’m going.”

“No problem.” A deep male voice laughs as he places his hands on my elbows, obviously trying to stop me from running him over. “Are you okay?”

As I’m standing there rubbing the tip of my nose, something about his voice strikes a chord inside me and I look up.

Whoa! This man is beautiful, and his smile is even more so, and I stumble a little as I take a small step back.

“Yeah, thanks. Sorry again for my clumsiness!” I answer laughingly, embarrassed.

He releases my elbows, and I move aside as he goes up to the check-in counter.

Away from the line, I recombobulate myself, pulling my tote back onto my shoulder. I’m a little shaky, though, and feel a flush spreading across my chest. I sneak a look at the back of the man I just bumped into. Very tall and fit-looking with a gorgeous head of hair. The most perfect shade of chestnut, it’s thick and a little wavy and flops in all the right directions. He’s running his hand through it as he waits for the airline clerk. He’s looking around now. Mmm . . . what nice, strong-looking shoulders. Oh wait, he’s looking at me! Probably because I’m staring at him. Oops! I give a half smile, and just as I turn around to head to security, the clerk says, “Thank you, Mr. Summers,” and I freeze.

I know this man!

My flush escapes my crewneck to my cheeks, and I’m freaking out—not so much that I know him, but at my reaction. Am I sweating? One half of me wants to get the hell out of here, but the other half, the deer in the headlights, is rooted to the spot. Even if I wanted to run, my legs are like Jell-O and I’m too shaken to even try to take a step.

The blue shirt appears in front of me again. “Hi,” Brad says.

Brad Summers, my unrequited high school crush, is standing in front of me eighteen years later.

When we reach the Starbucks, we order our coffee, and Brad kindly says, “Here, let me get this. It’s nice to see an old friend.” The fifteen-year-old girl inside me swoons. If he considers his plain former neighbor an old friend, who am I to argue?

We sit down at a table and begin firing off more questions. Would you believe that my beloved Brad is, of all things, a real estate attorney? Who would have guessed? Especially since, let’s be honest, most attorneys are pretty bland personality-wise. But Brad is nothing like that. He’s funny and charming, and his eyes sparkle when he laughs. I’m dying to ask him, And why aren’t you married? but we stay on nonromantic conversation points, such as where we went to school, why we decided to become attorneys, and what our chosen career would be if we could do anything and not worry about finances. (He’d renovate houses full-time, and I’d be a writer, and yes, we both would travel.) Throughout the conversation, I simply bask in the warmth of his smile and the full focus of his attention. At some point, though, I glance at my watch and realize I need to get to my gate now.

“Shoot. I better go if I want to catch my flight,” I say with definite disappointment in my voice.

He in turn looks at his watch. “Oh yeah, you better get a move on.”

We both stand up at the same time. “Yes, well, it was really great running into you. Have a good flight,” I say.

I’m about to reach out to shake his hand, but then I figure, what the hell? He did say earlier I was an old friend, right? So I lean in and give him a hug. A hug that lingers a little too long. But as I feel the warmth of his skin rising and catch a delicious scent of cologne/aftershave, I don’t want to let go, ever.

*This excerpt has been edited for clarity and to avoid spoilers.

Where Romance and Pop Culture Live Happily Ever After.
All Posts
PrevPreviousTo All The Tropes I’ve Loved Before by Cameron Lund
NextThe Perfect YA Books to Read During Pride Month and AlwaysNext