Shamim Sarif: “I really believe that stories help us all to make sense of our lives and the big questions.” 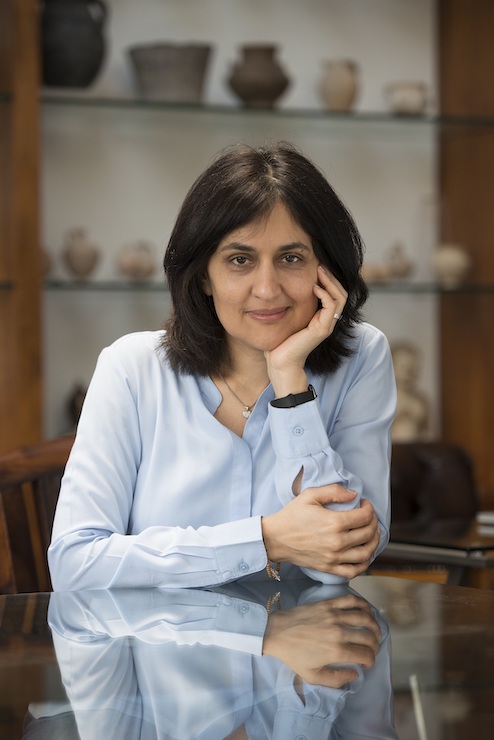 [Note From Frolic: Our resident YA expert Aurora Dominguez got the opportunity to interview author Shamim Sarif and ask her five(ish) questions. Shamim’s novel ‘The Athena Protocol‘ is out now!] 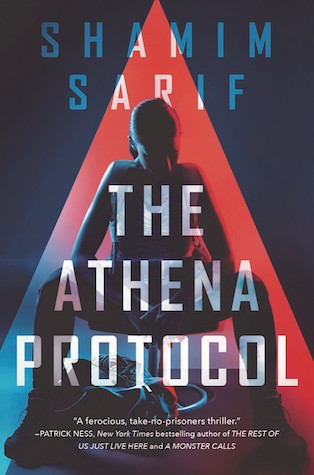 Shamim: It bothers me that a lot of women all over the world are still second-class citizens, often because of local laws and culture. At the worst end of that, millions are trafficked each year. The Athena Protocol was inspired by the idea of a group of international women whose influence can reach across political boundaries, and outside the bounds of any laws, to help women and girls across the world. This is not a novel about women taking on a man’s role, but about women going outside the traditional power structures of government and corporations to make a difference. But then they have to deal with the fallout…

The book is told from the point of view of Jessie, the youngest and most talented of the Athena agents. But she’s also a little arrogant and immature. Really, she’s a young woman figuring out her feelings and who she is. Just because her day job of being a secret agent takes her into Mission Impossible territory, doesn’t mean she has her emotional life figured out—quite the opposite. It’s those vulnerabilities that I love about Jessie. I also wanted to write a mainstream thriller that just happened to have a young queer protagonist at its heart. It’s part of who Jessie is, and it’s something she learns more about, but it doesn’t define her or the story.

I really believe that stories help us all to make sense of our lives and the big questions. What does it mean to be human, to fall in love, to betray each other, to sacrifice for each other? Life is complex and busy and fast-paced and maybe when we meet characters who face similar stresses and dilemmas to us, we learn a little more about how we could deal with them too.

In the book, Athena is a top secret, socially conscious, all-female organization that combats injustice against women and children around the world. The protagonist, Jessie, is a young, hot-headed agent embroiled in a daring mission to take down a human trafficking operation in Belgrade, Serbia.

The fact that Jessie and her teammates, Caitlin and Hala, are very young women just trying to figure out who they are, makes their responsibilities even tougher. Jessie’s super smart and highly skilled when it comes to wielding weapons but, emotionally, she has to navigate all the highs and lows, attractions and confusions, that every teen goes through. The book has plot twists and a lot of action but also a deep emotional arc. The Athena founders are tough bosses but they’re also there to pick up the pieces when their young agents experience terrible trauma.

I’ve just finished a first draft of the sequel to The Athena Protocol. This time Jessie and her team end up in India, protecting schools that keep young girls out of child marriages. But while Jessie thinks she’s following a trail that will bring down a shadowy, right-wing organization, she may be getting sucked into something far bigger that will force her to grow up in ways she never imagined.

Too hard to answer! In this past year I’ve read and loved books by Patrick Ness, Sabaa Tahir, Robin Talley and Elizabeth Acevedo. All very different styles and genres, but each of them is brilliant at crafting characters you care about.

Aurora Dominguez is a high school English teacher, college professor and journalist in South Florida. Her work has appeared in The Miami Herald, Where Magazine and J-14 Magazine, all places where she worked as a writer and editor before going from the newsroom to the classroom. Her favorite days are "Caturdays," which she spends with a good book, her husband, Sebastian, and her cat, Luna. Her motto when it comes to reading: "No book left behind!"
All Posts
PrevPreviousArtist Liz Parkes Draws her Favorite Characters!
NextA Spoiler-Free Breakdown of Midge Maisel ShipsNext