Some Things are Better Left a Mystery by Amy Meyerson 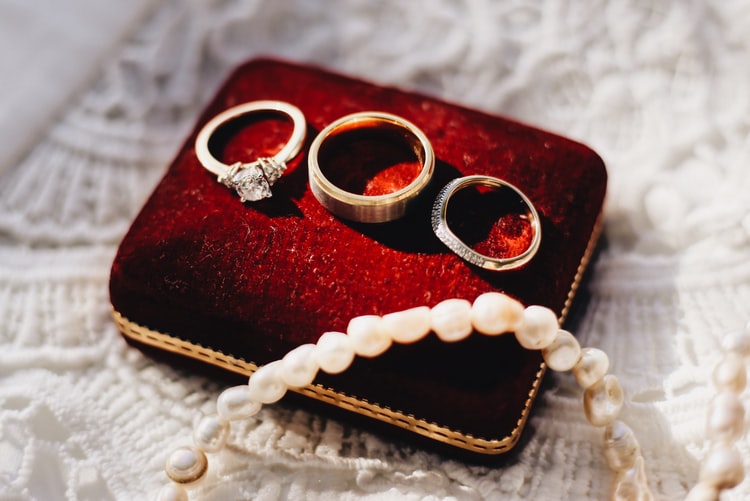 [Note from Frolic: We’re so excited to welcome author Amy Meyerson to the site today. She’s talking mysterious jewelry and more! Take it away, Amy!]

When I was researching my new novel, The Imperfects, I spoke with an estate lawyer, who offhandedly told me her clients would make great characters. Of course, given client-attorney privilege, she didn’t divulge any details, but she quipped that even the closest of families become caricatures of themselves when there’s a will to settle. I assumed she meant that greed got the better of them or old resentments resurfaced with all their might. Instead, she explained that the biggest fights weren’t over how to distribute the estate but rather were over competing values surrounding the items left behind. For instance, how do you negotiate between a child who wants to sell off an old home and another who sees the family cottage as the last link to their dearly departed? How can you compare the relative worth of your mother’s engagement ring in dollars to memories? The problem with most inheritances is that they mean something different to each heir. Sentimental attachment and monetary value are languages without common words, with little room for translation and comparison.

This is what unfolds in The Imperfects—conflicting priorities surrounding an antique brooch the Miller siblings inherit from their grandmother. And not just any old brooch, but a custom-made fur clip carefully crafted to disguise the Florentine Diamond, a 137-carat, double-rose cut, yellow diamond that has been missing since 1918. The diamond was the premiere stone of the Austrian crown jewels until it disappeared at the fall of the Empire. Many experts believe the diamond could sell for upwards of ten million dollars. When the Miller siblings discover the brooch’s monetary worth, it’s no surprise that some of them want to sell. That kind of money is life changing.

Only, the Florentine Diamond isn’t just an incredibly valuable and rare yellow diamond. It’s an incredibly valuable and rare historic yellow diamond. Before its disappearance, the jewel had several famous proprietors: Marie Antoinette wore it on her wedding day. Napoleon’s second wife, a Habsburg, brought it with her to France during her brief tenure as Empress. Before it landed with the Habsburgs in Austria, it was a Medici heirloom. Even earlier, Charles the Bold was rumored to have worn it into his last battle. With that kind of lore, the Florentine Diamond is so much more than its price tag, as life changing as that price tag may be. It’s an artifact of countless histories, a relic of regal pasts that no longer exist. Should a diamond so storied be sold to the highest bidder? Shouldn’t it be placed in a museum for millions of people to appreciate? And if it belongs to society, if it’s a piece of cultural heritage, what right do the Millers have to sell it?

The Florentine Diamond, however, is not just an incredibly valuable and rare historic yellow diamond. It’s also the Millers’ family heritage, an heirloom their grandmother bequeathed them, an heirloom they knew nothing about. Why would she have kept such a valuable stone? How did she have it to begin with? What secrets does this stone harbor? It’s no wonder that at least one of the grandchildren is resistant to selling. To her, this mysterious rock isn’t a ten million-dollar diamond. It isn’t a piece of Austrian patrimony. It isn’t an international mystery. It’s representative of everything the Millers don’t know about their grandmother. And how can you put a price on everything you wish you’d known about your grandmother?

When I was a senior in college and my own grandmother was moved into assisted living, my family had to get rid of most of her belongings. My aunt kept what she wanted. My parents took a chest that the president of Korea had gifted my grandmother after his daughter studied under her at the University of Pittsburgh. I don’t know what happened to the rest of her belongings. One night, when we were visiting my aunt, she told me she wanted me to have something of my grandmother’s. Realizing I hadn’t been given anything from the estate, she handed me a string of chunky black beads that glistened like onyx. I think it was easy for my aunt to part with the necklace because my grandmother was still alive and the necklace wasn’t something my aunt would have worn. I, on the other hand, wore it almost every day. It fit effortlessly into my vintage—bordering on old-lady—aesthetic.

At the time, I really did think the beads were plastic, the necklace only more valuable than my other thrift-store and sterling silver jewelry due to its age and condition. I can’t remember who told me the beads might be Tahitian black pearls, how my mom came to be certain they were real, why we assumed they might be worth ten thousand dollars. Whenever my mom saw them dangling around my neck, she urged me to get them appraised and insured. It became one of the many pieces of sound advice I didn’t follow. I was twenty-two and so disorganized, the thought of finding a jeweler to appraise the necklace was too adult for me to handle. My grandmother died a few months later, and my mom continued to pester me about the necklace. I kept telling her I would get it appraised, but at some level, I knew I never would.

I have no memory of my grandmother wearing the pearls, but that has made them even more significant to me. We weren’t close. She wasn’t particularly warm or doting, but I was always fascinated by her. She was a college professor in an era when women weren’t college professors. Her family had owned a chain of department stores in western Pennsylvania before the Depression then lost everything. There was so much I should have asked her. So much I could have known. Wearing her pearls won’t change that, whether they’re plastic or real. If they are genuine, I’ll have to sell them or at least keep them in a safe, insured, a nest egg when I need one. If they are real, they can’t be another necklace hanging beside my turquoise and glass pendants. And if they are fake, they undoubtedly lose some of their luster. So, I let them live in that luminary state between fake and real, a place where their value is undefined—and thus limitless.

Amy Meyerson is the bestselling author of The Bookshop of Yesterdays, which will be translated into 11 languages. She has been published in numerous literary magazines and teaches in the writing department at the University of Southern California, where she completed her graduate work in creative writing. Originally from Philadelphia, she currently lives in Los Angeles. 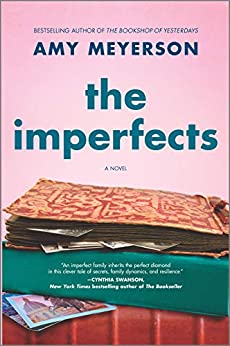 The Imperfects by Amy Meyerson, out now!

The Millers are far from perfect. Estranged siblings Beck, Ashley and Jake find themselves under one roof for the first time in years, forced to confront old resentments and betrayals, when their mysterious, eccentric matriarch, Helen, passes away. But their lives are about to change when they find a secret inheritance hidden among her possessions—the Florentine Diamond, a 137-carat yellow gemstone that went missing from the Austrian Empire a century ago.

Desperate to learn how one of the world’s most elusive diamonds ended up in Helen’s bedroom, they begin investigating her past only to realize how little they know about their brave, resilient grandmother. As the Millers race to determine whether they are the rightful heirs to the diamond and the fortune it promises, they uncover a past more tragic and powerful than they ever could have imagined, forever changing their connection to their heritage and each other.

Inspired by the true story of the real, still-missing Florentine Diamond, The Imperfects illuminates the sacrifices we make for family and how sometimes discovering the truth of the past is the only way to better the future.

As an Amazon Associate, we ern from qualifying purchases.

Where Romance and Pop Culture Live Happily Ever After.
All Posts
PrevPrevious5 Depression Era Hacks From a 100 Year Old Grandma
NextExclusive: Exquisitely Yours by M. Jay Granberry Cover RevealNext