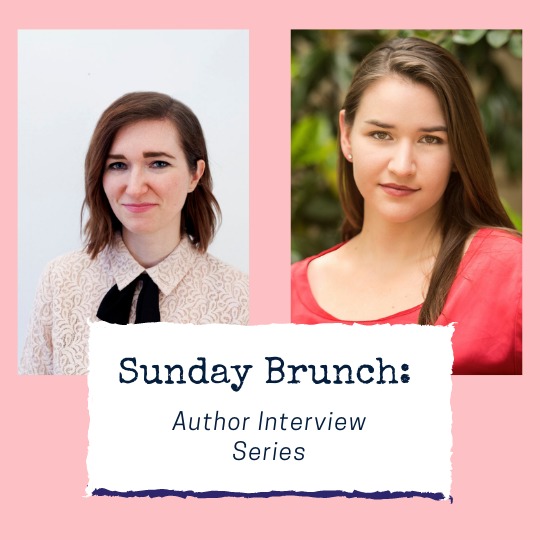 [Note from Frolic: Our resident YA expert Aurora got the chance to chat with authors Katie Heaney and Dana Swift and ask them a few questions each. Up first, Katie Heaney!] 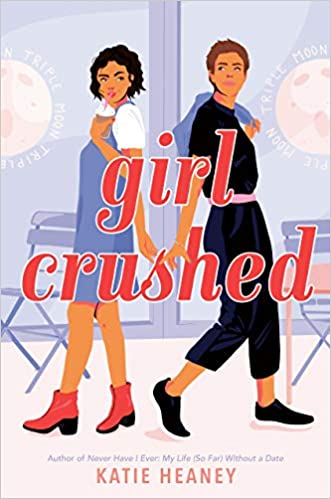 Aurora: What was the inspiration behind Girl Crushed?

Katie Heaney: The story is loosely based on the relationship between my wife and her first girlfriend, who came out to each other and fell in love when they were 14.

What character in the story do you most relate to and why?

I think there are little pieces of most of the characters I identify with — Quinn’s need to be BEST, Ronni’s snark, Jamie’s studiousness, Alexis’s penchant for gossip. The only one who totally isn’t me is Ruby — she’s much, much cooler.

Why do you feel books with powerful female characters are gaining such a voice right now?

I think books with powerful female characters have been around for a very long time, but what might be new is a wider cultural recognition of the value of these stories.

Please describe Girl Crushed and what readers can expect from it.

Girl Crushed is a story about first love, first heartbreak, and learning to accept that things don’t always go according to plan.

I’m at work on my next YA novel, which will hopefully come out in 2021.

Miriam Toews. She’s so smart, so funny, and everything she writes is unputdownable.

What inspired you to write such a unique novel for young adults?

My wife! And wanting to write a story I wish I’d had access to when I was a teenager, or preteen.

Which character was the hardest or most interesting for you to write in Girl Crushed?

In some ways, Quinn — usually I identify more strongly with my lead characters, but here, I had to really try to embody who I imagine my wife to have been (and who she tells me she was) when she was a teenager.

Up next, Dana Swift! 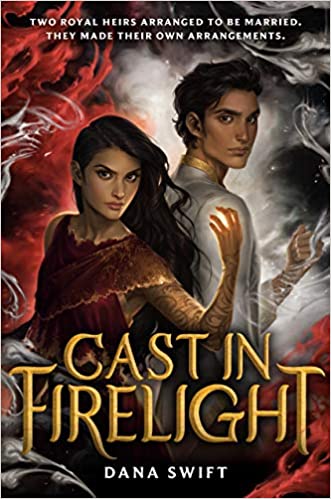 Aurora: What was your inspiration behind Cast in Firelight?

Dana Swift: I’d say the inspiration mainly came from wanting a book with all my favorite tropes. You’ve Got Mail mistaken identities, superhero movie vigilantism, and arranged marriage rivals-to-lovers romance. Together these three elements were the basis for Cast in Firelight’s premise.

The exact moment of inspiration, however, originated while I was doing sit-ups and listening to music at my college gym. I previously had an idea for a story of two betrothed teenagers from separate countries growing up together. But the idea lacked plot. It was at the gym when I visualized the climactic final scene and came up with the overarching mystery that runs throughout the book.

What character in Cast in Firelight do you most relate to and why?

I think I relate to my main protagonist, Adraa Belwar, the most. She’s definitely braver and more skilled than I will ever be. But she doubts her abilities and as someone who has doubted themselves and doubted if their dreams were ever going to come true, I resonated with Adraa’s fear of failure. Her anxieties are some of the most interesting parts of her character so exploring them was how she became more life-like to me. Plus, some of her humor and banter with her love interest, Jatin, are how I interact with my own husband, as he himself pointed out while beta reading.

I think we all want to be empowered through stories. I know I love strong heroes and heroines who can defeat the villainy of their tale, who have moments where they do something amazing and fight for a more fair and just society. And I believe that’s because there is so much about our world that needs work.

Sometimes though I found strong characters never had any flaws or clinks in their armor. So, in overarching terms, I wrote Adraa as strong, but insecure about her abilities. I wrote Jatin as arrogant, but kind. I wanted to explore what it means to be multifaceted to the point it feels like you are wearing a mask around certain people or that you have two or three different sides of your personality. As a teen I felt like I was sometimes putting on a façade. Over time though I embraced all parts of my personality and I wanted to write a book that talked about that process as a young adult. Not just finding yourself but discovering and embracing all aspects.

I’m so happy there are stories that really dig deep into issues with new perspectives and new unique voices because I believe that is the first steps in making our world a better and more tolerant place. Reading books helps us all understand each another a little better so we can in turn be kinder and more accepting. I’m so thankful for books in general and the ability to add Cast in Firelight to the shelves.

Please describe the content of Cast in Firelight and what can readers expect from it.

Yes! Cast in Firelight is a romantic fantasy adventure about two teens arranged to be married who don’t like each other very much (the first meeting goes pretty badly). When the two then meet years later they mistakenly think they are someone else. Adraa then discovers her magical invention, called Firelight, is being stolen and they team up as vigilantes, again all while not knowing who the other is or who they may be falling for.

It has a rom-com writing style to it with an action superhero/vigilante plot set in a colorful fantasy world with magic, Gods, and spells. It’s fast-paced with lots of romantic banter and fight scenes. I hope readers find it both escapism fun and inspiring.

I have trigger warnings on my Goodreads review online as well as on my website danaswiftbooks.com if anyone wants to check those out before reading.

Well, the very next thing is Cast in Firelight‘s sequel! I’m so excited about it! The first draft has been written and in December I even turned in the developmental edits, which are the first round of edits where I rewrite, restructure and revise the major plot points of the book.

After that I hope to write more YA fantasy. Maybe a YA fantasy standalone, which I feel like there needs to be more of.

There’s so many it’s hard to pick one. But if I am to gush over one of my current favorites it’s Brigid Kemmerer. I moved across the country to a place where I knew no one in 2019 and read a lot of her books. Truthfully, I’m pretty bad about reading an author’s entire backlist so Brigid is one of my most read authors to date. I love how she structures her plots and how she captures deep emotions on the page. She tackles heavy topics like grief and weaves it together with humor and excitement in such an extraordinary way. I love her work so much.

Always! I sought after author advice since I was a kid and still love to learn fellow writer’s thoughts for people starting out. Therefore, I’ve done my fair share of searching the Internet to see what most authors say. Most articulate the importance of lots of reading and writing. I think this is extremely important and absolutely correct.

Other tips I have are exploring and finding out what the writing process looks like for you. Any advice that says you have to write every day or have a certain schedule to be a writer or an author is plain wrong. Discover what works for you in terms of inspiration, writing schedule and process. My biggest advice, however, is to try to finish something. It might take months or years but finishing a whole book (if you want to write books) is how one learns how this thing called novel writing is done. I wish you the best, reader. Writing and getting published are difficult endeavors. But as I mentioned earlier in this interview, new voices are so very needed. We need your story too!

Aurora Dominguez is a high school English teacher, college professor and journalist in South Florida. Her work has appeared in The Miami Herald, Where Magazine and J-14 Magazine, all places where she worked as a writer and editor before going from the newsroom to the classroom. Her favorite days are "Caturdays," which she spends with a good book, her husband, Sebastian, and her cat, Luna. Her motto when it comes to reading: "No book left behind!"
All Posts
PrevPreviousSunday Brunch: A Chat with Authors Courtney Summers and Ashley Shuttleworth
NextRomance Novels We Need to See on Screen: Part 2!Next