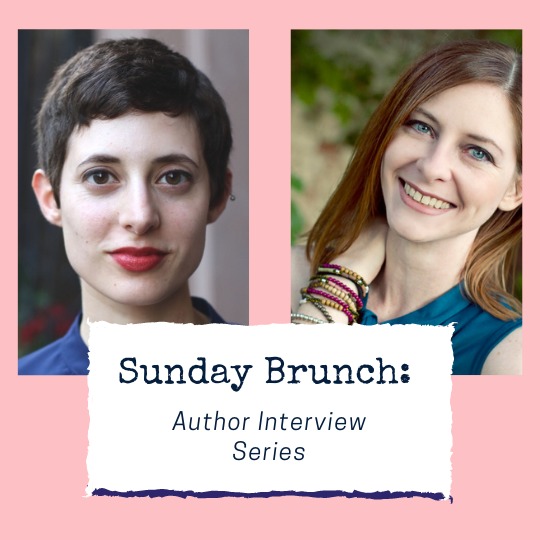 [Note from Frolic: Our resident YA expert Aurora got the chance to chat with authors Melissa Albert and Rachel Vincent and ask them a few questions each. Up first, Melissa Albert!] 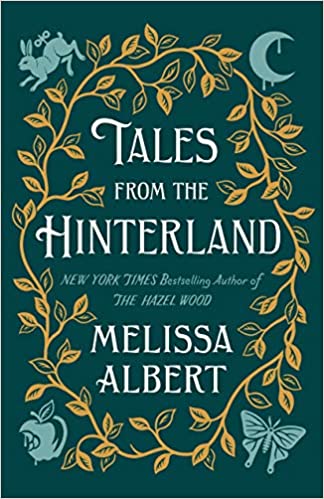 Melissa Albert: An invented fairy-tale book called Tales from the Hinterland is at the heart of my debut novel, The Hazel Wood (and its characters are at the center of its sequel, The Night Country), so the book is very much a continuation of the worldbuilding I began in those novels. I wanted its voice and the shapes of its stories to feel like forgotten tales from the classic canon, but with a little more meat on their bones, a little more specificity and a touch of modernity, with an eye toward what writers including Angela Carter, Helen Oyeyemi, and Kelly Link have done for the fairy-tale genre and its spinoffs.

What characters in this book do you most relate to and why?

Fairy tales tend to be full of characters too curious for their own good. I can definitely relate to this, though some of the characters in this book go to far greater extremes than I would dare to satisfy their curiosity.

Please describe the content of your latest book and what readers can expect from it.

It’s the collection of dark fairy tales around which the plot of The Hazel Wood turned. These stories are female-centric and magical, with more than a touch of horror and very little in the way of moral teaching.

I hope to announce details of my fourth book soon! It’s a standalone contemporary fantasy that will be my first book set outside of the Hazel Wood world.

It’s never possible to choose just one, but the 2021 books I keep recommending everyone read are Courtney Summers’ breathless, bruising The Project; David Arnold’s thrillingly ambitious, large-hearted The Electric Kingdom; Stephanie Garber’s glitteringly magical and transporting Once Upon a Broken Heart; and Nghi Vo’s addictively gorgeous fantasy Great Gatsby retelling The Chosen and the Beautiful.Any writing advice for aspiring writers?

Read LOTS, protect your writing time, and remember that even the work of the greatest writers doesn’t come out the way it looks in the final version. Be patient with yourself. No writing work is wasted, even if it never sees the light of day.

Up next, Rachel Vincent! 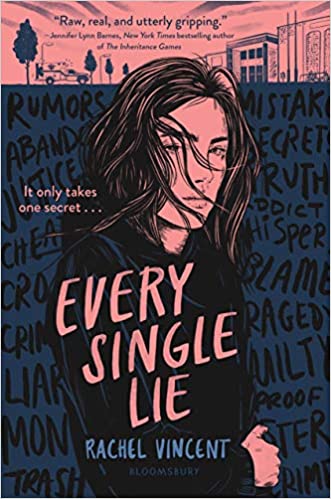 Rachel Vincent: Funny you should ask! This is the first novel I’ve written, out of twenty-six books, that has an actual, literal inspiration. When I was in high school, back in the early-to-mid nineties, a rumor went around my sophomore year that someone had found a dead newborn in one of those great big coffee canisters, in a ditch outside of town. The school was abuzz with rumors of who the parents were, and the most prominent rumor I heard was that the mother was my current boyfriend’s ex—which would make him the father. I never had the nerve to ask him. I don’t remember us ever even speaking about the rumors. But all these years later, I started thinking about the affect those rumors might have had on the supposed mother of the dead baby, and that became Beckett’s story, in Every Single Lie.

Teen-me relates to Beckett, the main character, because as she did, I grew up with a parent addicted to prescription pain pills. I lived through job losses, and moves because we couldn’t afford the rent, and rumors about my family. But adult-me also identifies with her mother, and with what a struggle it can be to put aside your own trauma and try to help your kids. Beckett’s mother fails at that, in a very real way. I’ve never failed as a mother quite that badly, but we all have moments when we wonder if we’re cut out for this. No matter what “this” is.

I think that’s always been the case. Any character capable of carrying a story is going to be powerful and unique in some way. Whether that’s Harry Potter’s literal powers, or Oliver Twist’s clever gumption. “Powerful and unique” is just one way of being interesting, and there is no story without interesting characters.

I’m currently in the middle of two books: Little Fires Everywhere, by Celeste Ng, and Wilder Girls, by Romy Power. They’re very different books. Little Fires Everywhere is about a community divided by an adoption custody dispute, but really, it’s about what it means to be family. Wilder Girls is harder to explain. It’s YA, and I’ve seen it described as “body horror,” which certainly fits. It’s about a girls’ school on an island, which gets cut off in what they believe to be some kind of weird plague that mutilates the human body. Of course, there’s more going on, but the really interesting thing about this book is the author’s voice. The tone and feel of it. The way she’s able to make you believe in the normalcy of things that are absolutely NOT normal.

I’m working on a new YA contemporary novel, and this July, I have an action-packed fairy-tale retelling out from Harper Teen. It’s called RED WOLF.

My favorite writer is and has for years been Stephen King. Because he can do anything. Because, as a writer, it’s often difficult for me to immerse myself in a book without seeing the craft behind the story, and I’m always able to do that with a Stephen King book.

Focus on the work. It’s really easy to get distracted by the knowledge that there will always be other writers out there who are better at the craft. That after you finish the book, the real work starts. That the business of publishing will always trump the art of writing. But you have to put all of that aside and focus on the story you’re telling—on the words on the page—in order to finish a book. You have to get out of your own way and forget about everything else when you sit down at the keyboard. The key to writing, in my experience, is the ability to focus.

Aurora Dominguez is a high school English teacher, college professor and journalist in South Florida. Her work has appeared in The Miami Herald, Where Magazine and J-14 Magazine, all places where she worked as a writer and editor before going from the newsroom to the classroom. Her favorite days are "Caturdays," which she spends with a good book, her husband, Sebastian, and her cat, Luna. Her motto when it comes to reading: "No book left behind!"
All Posts
PrevPreviousSunday Brunch: A Chat with Authors Anne-Sophie Jouhanneau and Emery Lee
Next5 Paranormal Romance Series To Read on WebtoonNext