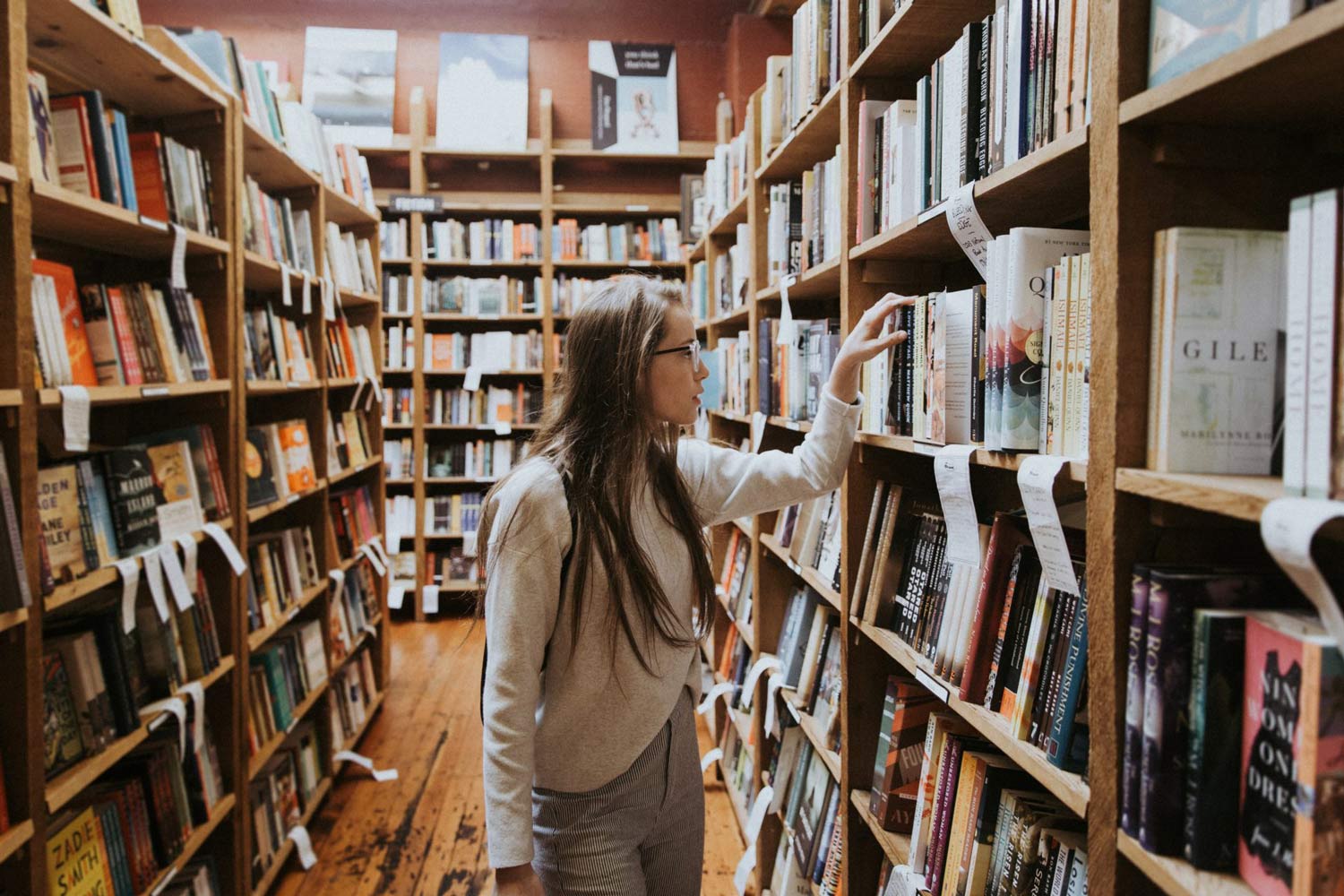 Sometimes, I think I was destined to get into romance writing. You see, romance novels sort of run in the family, especially Harlequin books.

No, Barbara Cartland isn’t my grandma. (Although, how cool would that be?)

However, we do have a romance novel cover model in our brood, and he’s my baby brother. 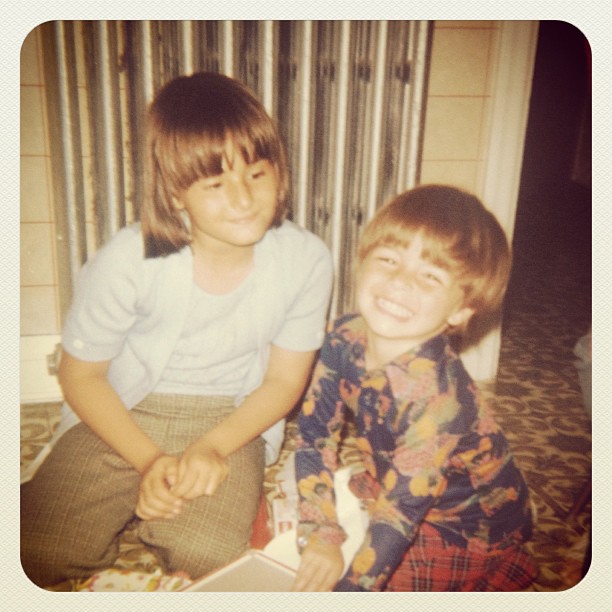 In fairness, my brother Serge hasn’t been a baby in some time, as you will have gathered from our 1970s wardrobe. Nevertheless, I claim big sister privileges, and that means I get to call him my baby brother for as long as I want. You watch. When I’m 95 (God willing) and he’s 90, he’ll still be my baby brother, much to his chagrin.

Serge sort of fell into modeling years ago. I believe it started when a hair stylist asked him to model a haircut, and it went from there. He even ended up in New York for a few years. Nowadays, he owns his own men’s designer clothing store in Toronto. He probably wishes his sister would stop talking about his Harlequin modeling career, but I won’t. After all, how many romance authors can say their brothers appeared on romance covers?

To be clear, he has never appeared on any of my covers. That would be yucky. If he did, I would never be able to look at my own books again.

I should also clarify Serge was modeling long before I was ever published by a different publisher. So the fact we have this connection is very much coincidental.

It does, however, remain a source of pride and glee for me.

One of the reasons I find this topic so amusing is the fact my brother appeared on covers that are so different from his own personality and experience. He graced about six covers for Harlequin, but I have three to share with you today.

The first one was Lone Star Rising by Darlene Graham. 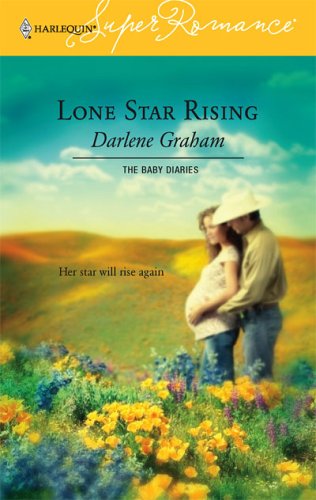 Every time I see this, I giggle. Not because of the book, but because they dressed Serge up as a cowboy. He grew up in Toronto, you see, and still lives in the big city. He’s not really a “let’s kick back at the ranch in our cowboy boots” sort of guy. He’s more a “let’s grab an Uber and check out that new vegan place” sort of guy.

Another of his covers is The Goodbye Groom by Ellen James. 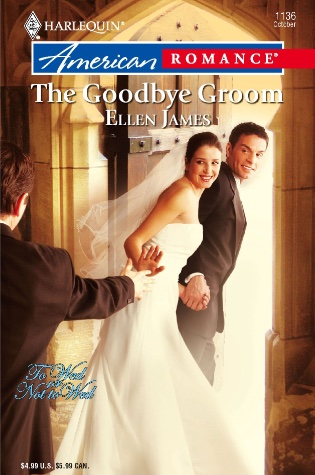 Friends, this book stands out for me. Why? Because I dared to read this one. It was a fun story, but there was one teeny problem.

I kept picturing my brother.

That experience taught me an important lesson: I cannot read books that feature my brother as the image of the hero. It got awkward really quickly.

One of Serge’s moodier covers was for Beautiful Beast by Dani Sinclair. 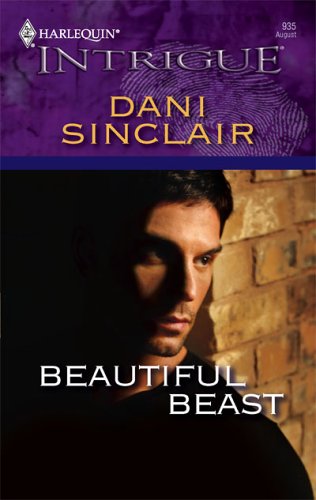 This is likely another great read, but I’ll have to rely on the rest of you to confirm that for me. I’ve learned my lesson!

He did a few other covers as well. In one, only his hands were used. In another, he posed in a style reminiscent of the Phantom of the Opera. The last one, the raciest of them all, put him in a hot tub with a woman. I’d prefer to leave that one to your imagination.

Serge had a great experience modeling for Harlequin. From the photographers to the other cover models, he only dealt with good people. Our mother thinks it’s funny both of her kids ended up working in the romance business. Personally, I think it’s a hoot too. When we were little, I used to get annoyed because Serge would follow me around all the time. It seems things have changed, and it turns out I’ve followed him into the business that is now my home.

I’m proud of his work and the fact he served as inspiration for romance readers around the world. For the record, although it’s been some time since he modeled, he’s still just as handsome. A little greyer around the temples, perhaps, but so am I.

So, if you write romances featuring mature characters, and you need a cover model for your hero, I can honestly say I know a guy.

Just don’t expect me to read it. 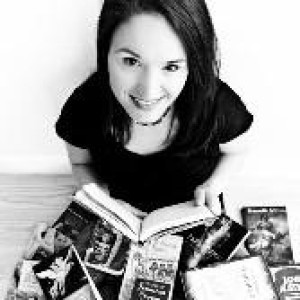 Rosanna Leo writes contemporary and paranormal romance. She is the First Place Winner of the 2018 Northern Hearts Contest (Contemporary Romance) for A Good Man, Handymen 1.From Toronto, Canada, Rosanna occupies a house in the suburbs with her husband and their two sons, and spends most of her time being tolerated by their cat Sweetie. When not writing, Rosanna works for her local library, where she is busy laying the groundwork to become a library ghost one day.
All Posts
PrevPreviousFrolic Exclusive: ‘Luck of the Devil’ by Meghan March Cover Reveal!
NextFive Bollywood Movies to Feed Your NickYanka & DeepVeer NeedsNext