What Teaching Taught Me about Writing by Kathleen West 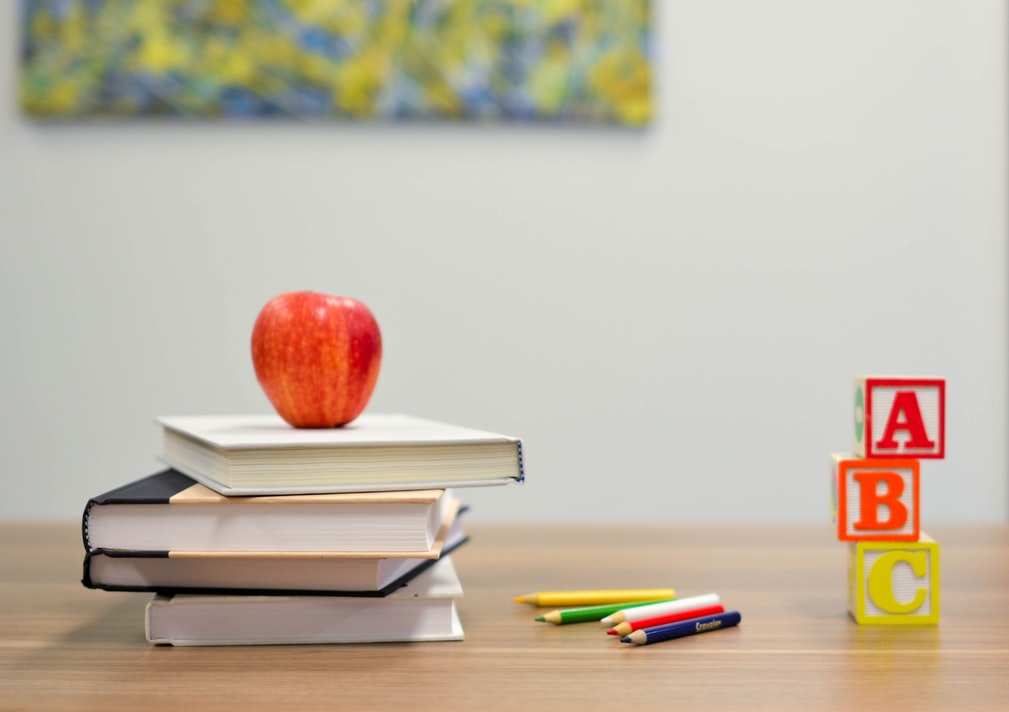 [Note from Frolic: Today, we welcome author Kathleen West to the site. She’s sharing what being a teacher taught her about writing. Take it away, Kathleen!]

I started wanting to be a writer in the fourth grade. I had penned a short story about a pirate and a treasure, and my teacher was so impressed she accused me of getting too much help from my dad.

Looking back, I’m pretty sure that teacher wasn’t my biggest fan. But, despite her plagiarism suspicion, I was undeterred. I wrote a million other things between then and high school: a novella about a monster under the bed, travel essays inspired by my family’s semester in Xi’an, China; poetry about rock climbing, running, and Hot Tamales; and a humorous play in which the main character was named after the “powerhouse of the cell” I’d learned about in biology, Mitochondria.

Looking back, I always knew being a writer who actually got paid money was a long-shot career plan. And so, in middle school, I adopted a lasting parallel dream. I wanted to become an English teacher. If I couldn’t support myself by writing professionally, I could at least teach other people to do it competently.

This revised aim was only moderately more acceptable to my parents than dreaming of New-York Times Bestsellerdom. As I headed to college, they attempted to hip-check me toward a career that promised financial well-being. “Find a back-up plan,” my mom suggested as she warily surveyed layoff rates among new teachers. My dad, a relentless pragmatist, mailed articles he’d clipped from the newspaper about the inadvisability of an English major while I posted A-minuses in Introduction to Poetry and the18th Century British Novel. “How about a minor in econ?” they suggested at alternate intervals coinciding with their tuition checks.

As my passion for economics was limited to quoting the teacher in Ferris Bueller’s Day Off (“Anyone? Anyone?”), I plowed into literacy education. By the time I needed a job, some of the Boomers had retired. The good news is, I loved teaching intensely and threw myself into its mechanics just as I had my early writings.

And lucky for me, teaching and writing have melded as compatible pursuits as I’ve progressed to middle age. Here are the top three lessons I’ve learned as I’ve pursued both paths:

You can’t please everyone.

Criticism abounds in both my chosen professions. Also, in both, I’ve learned (and failed) publicly on the job.

As a baby teacher, I burst in a room filled with thirteen-year-olds, not the most forgiving clientele, and experimented my way to fledgling competence. I learned fast that not everyone would approve of my every lesson plan, and this inevitability has helped me cope with the uncertainty of life as a writer.

In writing, you might find out about constituent dissatisfaction in bad reviews or, most certainly (for everyone, even the most successful authors), via a pile of rejections. In teaching, there will be kids who don’t think your jokes or funny or fail your vocabulary quizzes. There will be moms who complain about your curriculum or your policies. A colleague might wish you’d teach the elective that everyone tries to avoid or stop wearing jeans on Tuesdays.

In the face of inevitable criticism, writers and teachers have to take stock of what resonates and cultivate a trusted cadre of critique partners whose advice they trust. Could your characters use more compelling motivations and your lesson plans less reliant monologic communication? Maybe, but before you cry over inevitable criticism, make sure it resonates with you.

Sometimes when people try to write novels, especially for the first time, it feels like the rest of the “real” writers are in a secret club to which the new people don’t belong.

But, teaching has shown me that every person has the capacity to be a writer. It’s my job to help kids believe in themselves as creators. While stamina lengthens with practice, the truth is that all writers go through the same process. We start with a little bit–a few words, a paragraph. We challenge ourselves to produce incrementally more. We tweak. We get feedback and try again.

There is no secret club. It’s public, and everyone belongs.

Teaching also proves to me over and over again that everyone is unfinished. I’ve sometimes taught a student who struggled mightily with homework, reading comprehension, or complete sentences. Years later, I’ll hear from this person and they’re majoring in English or writing freelance or teaching elementary school. Obstacles that we encounter are temporary. Just because you can’t do something now doesn’t mean in a year or ten, you won’t.

I asked my friend, thriller writer and veteran teacher, Megan Collins, how teaching has impacted her writing. She reminded me that kids are often open to taking big, bold and inspiring risks.

When writing well is your job, you can find yourself playing it safe. You might stick to what’s worked for you in the past. But, Megan described giving a ten-minute writing prompt to the fifteen-year-olds in her class, and then being completely blown away by their marvelous and original results. Old-hand writers can benefit from the freedom to experiment, too. Genre-shift, write a character who differs from you in a significant way, blow up your structure. The worst that can happen is that you start over, and as I’ve learned through drafting and revising two-and-a-half books, that happens anyway.

In teaching, big brave risks can pay off, too: teach a new controversial book, take students on a field trip to see and write poetry about a modern art exhibit, accept the assignment to teach that elective I mentioned before that no one else wants to tackle. Make it your own. Often, you won’t know for years how your willingness to take chances has rippled into other people’s lives.

So, these are three of the big lessons from my parallel, and sometimes quixotic, pursuits. As both a teacher and a writer, I have over many years amassed a body of  work without promise of accolade or reward. Luckily, the process in both realms is what really matters.

Kathleen West is a veteran middle and high-school teacher. She graduated with a degree in English from Macalester College and holds a Master’s degree in literacy education from the University of Minnesota. She lives in Minneapolis with her hilarious husband, two sporty sons, and very bad goldendoodle. For more information please visit kathleenwestbooks.com. 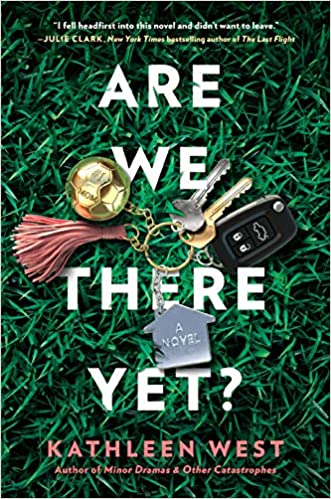 Are We There Yet? by Kathleen West, out now!

Alice Sullivan feels like she’s finally found her groove in middle age, but it only takes one moment for her perfectly curated life to unravel. On the same day she learns her daughter is struggling in second grade, a call from her son’s school accusing him of bullying throws Alice into a tailspin.

When it comes to light that the incident is part of a new behavior pattern for her son, one complete with fake social media profiles with a lot of questionable content, Alice’s social standing is quickly eroded to one of “those moms” who can’t control her kids. Soon she’s facing the very judgement she was all too happy to dole out when she thought no one was looking (or when she thought her house wasn’t made of glass).

Then her mother unloads a family secret she’s kept for more than thirty years, and Alice’s entire perception of herself is shattered.

As her son’s new reputation polarizes her friendships and her family buzzes with the ramification of her mother’s choices, Alice realizes that she’s been too focused on measuring her success and happiness by everyone else’s standards. Now, with all her shortcomings laid bare, she’ll have to figure out to whom to turn for help and decide who she really wants to be.

Where Romance and Pop Culture Live Happily Ever After.
All Posts
PrevPreviousTrope Rec Tuesday: Vegetarian and Vegan Characters in Romance
NextWriter Amy Solomon on Comedy, Bathroom Lines and More!Next