Why I Love a Forty-Year-Old Heroine by Patricia Johns 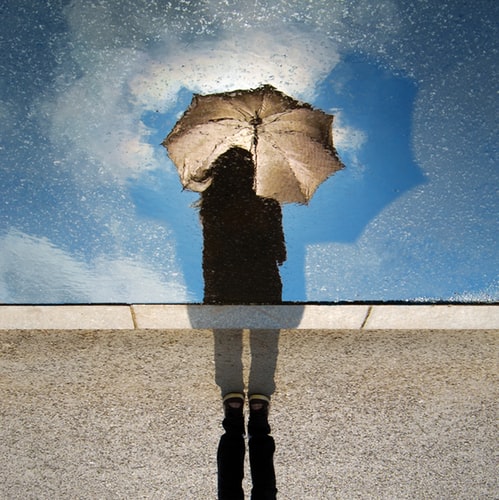 [Note from Frolic: We’re so excited to have author PAtricia Johns posting on the site today. She’s talking all things forty-year-old heroines!]

When I was twenty, women in their forties seemed ancient. I remember looking at women my mother’s age and not being able to imagine myself ever being that old. Until I got here, of course. Now that I’m in my forties, I don’t feel irrelevant or particularly aged. In fact, I’ve never been so comfortable in my own skin, or in my own achievements. I feel like I’ve earned my happiness at this point.

Movies and books tend to focus on the youthful experience, especially in romance. Maybe there is a part in each of us that likes to relive those heady, new love experiences, but I, for one, have started to miss reading and writing stories about women my own age. Romance isn’t only for the twenty-five-year-olds, it’s for the rest of us, too. And I could argue that a heroine in her forties has more to offer a story than a heroine in her twenties… hear me out!

Heroines in their forties have some hard-won wisdom under their belts.

One of the things that frustrates me with reading about younger characters is that sometimes they seem a little too naive. They fling themselves into foolish situations and wonder why it doesn’t work out the way they thought. And maybe I was equally naive in my youth—I won’t deny it—but there comes an age when it doesn’t entertain me quite the same way.

When writing a heroine in her forties, the writer has to work harder! First of all, the heroine has learned quite a bit in life, so she’s not going to just run off with some guy without a really good reason. She’s going to need some really good motivation to get her to do anything risky. So the author has to write a deeper, more interesting, character-driven story to make it work.

Heroines in their forties know what they want.

Fixing the problem between the hero and heroine is a lot harder when your heroine has a good twenty-odd years of romantic experience to tell her what she wants and what she doesn’t. She doesn’t just have a distaste for men in a certain career—she got over her issues surrounding it years ago, she’s been married to a man in that field and divorced him already, proving her initial instincts dead right. She isn’t afraid of having children—she’s got two kids who are struggling with their own stuff, and she knows what it feels like to have her heart outside of her body in the form of her own frustrating, wonderful, back-talking children. She has a career she’s spent decades building, and she isn’t setting that aside for anyone. She also knows that husbands aren’t always permanent, and love isn’t always enough. It takes more to overcome the obstacles between the forty-year-old hero and heroine and bring them together, because in her forties, the heroine has a lot more to lose, and she’s a lot harder to impress.

There is just something inherently sexy about a guy who’s been around long enough to know what he needs on both a physical and an emotional level. He also knows how to please a woman. There’s no youthful bumbling with a guy in his forties. He knows how to cook, communicate, and how to kiss a woman breathless. He’s no ingénue. If he’s incredibly attracted to a woman but holding himself back, there’s a damn good reason, and it’s going to be on an emotional level as well as a logical one. He’s old enough to have made peace with his emotional world and his shortcomings. He’s also confident in his strengths—he’s had a couple of decades to harden him into solid manhood. So when you finally do bring that hero and heroine together, it’s not only an emotional release, but the physical chemistry is explosive.

A more mature hero and heroine might sound boring to a twenty-year-old, but for the rest of us, we know the emotional depth that comes with age, as well as the seemingly well-kept secret that romance and sex don’t stop at 39. With a little more experience and a few more years in the game, a sweet heroine becomes complex, and a sexy hero ages into the kind of guy who can be both her lover, and a great step-dad to her frustrating pre-teens.

Because you know what’s even sexier than a six-pack? Emotional honesty, vulnerability and some solid parenting skills. If he tosses in in a finely grilled steak, a well-time compliment, and let’s say he gets those preteens doing the dishes?  That’s a hero I can swoon over!

Patricia Johns writes sweet romance for Harlequin’s Love Inspired and Heartwarming lines, as well as for Kensington Books. She lives in Alberta, Canada, with her husband, their son, and one feisty parrot. 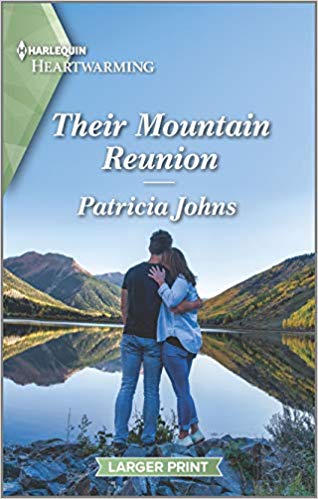 Their Mountain Reunion by Patricia Johns, available for pre-order now!

With an old flame?

Fifteen years in an unhappy marriage showed Melanie Isaacs exactly what she didn’t want. Now she’s in Mountain Springs to figure out the rest of her life—even if it means facing her former sweetheart, Logan McTavish. The spark between Logan and Melanie is stronger than ever. But is it enough to heal two weary, damaged hearts…and show them the way to a new happiness?

Where Romance and Pop Culture Live Happily Ever After.
All Posts
PrevPreviousWhy I *Do* Like My Mother’s Romance Novels
NextDaily Frolic: We’re Obsessed with Lana Condor’s Makeup TutorialNext