YA Thriller Reads to Reach for This Spring 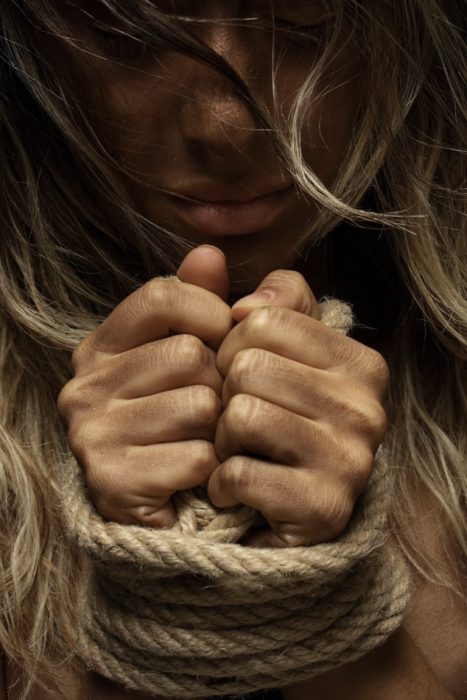 There is something about a story that sends chills down your spine and makes your heart race. If you adore thrillers as much as we do, you’ll devour these books in no time. From boarding schools to the Internet, there are plenty of new thriller stories to pick up this Spring! 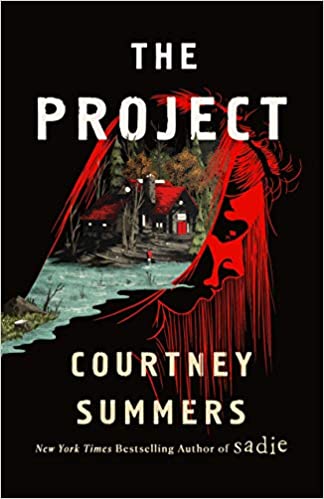 The Project by Courtney Summers

Lo Denham is used to being on her own. After her parents died in a tragic car accident, her sister Bea joined the elusive community called The Unity Project, leaving Lo to fend for herself. Desperate not to lose the only family she has left, Lo has spent the last six years trying to reconnect with Bea, only to be met with radio silence. When Lo’s given the perfect opportunity to gain access to Bea’s reclusive life, she thinks they’re finally going to be reunited. But it’s difficult to find someone who doesn’t want to be found, and as Lo delves deeper into The Project and its charismatic leader, she begins to realize that there’s more at risk than just her relationship with Bea: her very life might be in danger. As she uncovers more questions than answers at each turn, everything Lo thought she knew about herself, her sister, and the world is upended. One thing doesn’t change, though, and that’s what keeps her going: Bea needs her, and Lo will do anything to save her. 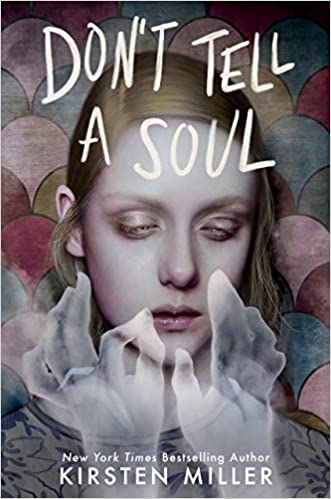 All Bram wanted was to disappear—from her old life, her family’s past, and from the scandal that continues to haunt her. The only place left to go is Louth, the tiny town on the Hudson River where her uncle, James, has been renovating an old mansion. But James is haunted by his own ghosts. Months earlier, his beloved wife died in a fire that people say was set by her daughter. The tragedy left James a shell of the man Bram knew—and destroyed half the house he’d so lovingly restored. The manor is creepy, and so are the locals. The people of Louth don’t want outsiders like Bram in their town, and with each passing day she’s discovering that the rumors they spread are just as disturbing as the secrets they hide. Most frightening of all are the legends they tell about the Dead Girls. Girls whose lives were cut short in the very house Bram now calls home. The terrifying reality is that the Dead Girls may have never left the manor. And if Bram looks too hard into the town’s haunted past, she might not either. 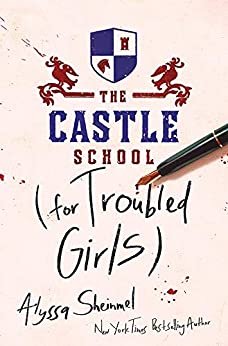 The Castle School (For Troubled Girls) by Alyssa B. Sheinmel

When Moira Dreyfuss’s parents announce that they’re sending her to an all-girls boarding school deep in the Maine woods, Moira isn’t fooled. She knows her parents are punishing her; she’s been too much trouble since her best friend, Nathan, died―and for a while before that. At the Castle School, isolated from the rest of the world, Moira will be expected to pour her heart out to the odd headmaster, Dr. Prince. But she isn’t interested in getting over Nathan’s death or befriending her fellow students. On her first night there, Moira hears distant music. On her second, she discovers the lock on her window is broken. On her third, she and her roommate venture outside…and learn that they’re not so isolated after all. There’s another, very different, Castle School nearby―this one filled with boys whose parents sent them away, too. Moira is convinced that the Castle Schools and the doctors who run them are hiding something. But exploring the schools will force Moira to confront her overwhelming grief―and the real reasons her parents sent her away. 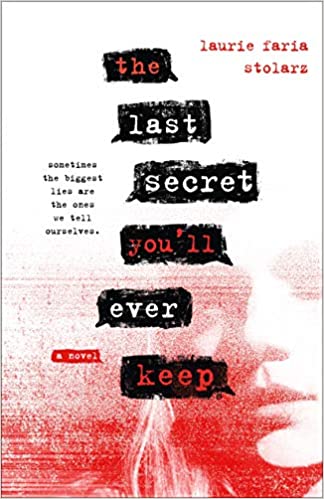 The Last Secret You’ll Ever Keep by Laurie Faria Stolarz

Four days trapped in a well, surrounded by dirt, scratching at the walls trying to find a way out. Four days of a thirst so strong, that when it finally rains, I drink as much as possible from the dripping walls, not even caring how much dirt comes with it. Six months since my escape. Since no one believed I was taken to begin with – from my own bed, after a party, when no one else was home…Six months of trying to find answers and being told instead that I made the whole incident up. One month since I logged on to the Jane Anonymous site for the first time and found a community of survivors who listen without judgment, provide advice, and console each other when needed. A month of chatting with a survivor whose story eerily mirrors my own: a girl who’s been receiving triggering clues, just like me, and who could help me find the answers I’m searching for. Three days since she mysteriously disappears, and since I’m forced to ask the questions: will my chance to find out what happened to me vanish with her? And will I be next? 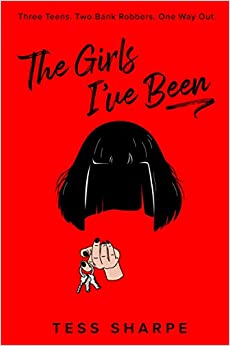 The Girls I’ve Been by Tess Sharpe

Nora O’Malley’s been a lot of girls. As the daughter of a con-artist who targets criminal men, she grew up as her mother’s protégé. But when mom fell for the mark instead of conning him, Nora pulled the ultimate con: escape. For five years Nora’s been playing at normal. But she needs to dust off the skills she ditched because she has three problems: #1: Her ex walked in on her with her girlfriend. Even though they’re all friends, Wes didn’t know about her and Iris. #2: The morning after Wes finds them kissing, they all have to meet to deposit the fundraiser money they raised at the bank. It’s a nightmare that goes from awkward to deadly, because: #3: Right after they enter the bank, two guys start robbing it. The bank robbers may be trouble, but Nora’s something else entirely. They have no idea who they’re really holding hostage… 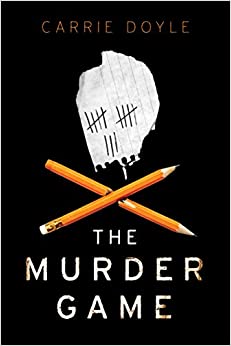 The Murder Game by Carrie Doyle

Luke Chase didn’t mean to get caught up solving the mystery of Mrs. Heckler’s murder. He just wanted to spend alone time with the new British girl at their boarding school. But little did he know someone would end up dead right next to their rendezvous spot in the woods, and his best friend and roommate Oscar Weymouth would be the one to take the blame. With suspects aplenty and a past that’s anything but innocent, Luke Chase reluctantly calls on his famous survival skills to solve the mystery and find the true killer. 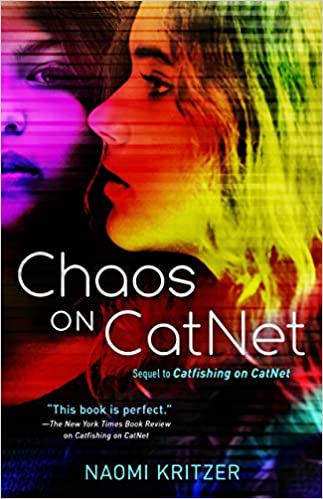 Chaos on CatNet by Naomi Kritzer

It takes an AI to catch an AI…When a mysterious entity starts hacking into social networks and chat rooms to instigate paranoia and violence in the real world, it’s up to Steph and her new friend, Nell, to find a way to stop it—with the help of their benevolent AI friend, CheshireCat.