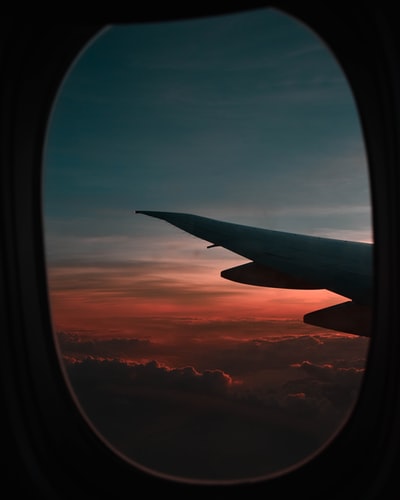 [Note from Frolic: We’re so excited to have author Lacie Waldon guest posting on the site today. She’s sharing some lessons that destination romance novels have taught her. Take it away, Lacie!]

As a flight attendant, I get to travel—a lot. I stay in hotels for a living, but I also have the benefit of being able to fly standby, which is like sticking my thumb out on the side of the road and having a plane pull over instead of a big rig. This allows for spontaneity. It also tends to lead to unplanned vacations where I’ve failed to book accommodations in advance or packed for winter, encountered a full plane, and found myself hopping a flight to the tropics instead. (Fun fact: you can’t wear thermal leggings on the beach. The sand gets wedged into the little squares like brown sugar in waffle pockets, making them very difficult to launder.)

In other words, as much as I travel, the planning side of it is not my strength. It all tends to work out in the end, though. Why? Because I read. More specifically, I read every destination romance novel I come across. They have become the how-tos of my way of life. I have learned so many things from them, but these are the five things I trust in the most.

Now, for the sake of full transparency, I feel obligated to admit to you that I did not meet my husband while traveling. I met him a few weeks before I left for an ill-planned trip to South Africa. We hung out a few times, and then I traipsed off without a word, including a goodbye for my mother. Naturally, my mom—who to this day claims to not understand “how to internet”—managed to track him down and accuse him of murdering me. (Please keep in mind that I’d mentioned him in passing, never told her his last name, and he lived in a different state than her, so this interaction between the two of them shocked me almost as much as it did him.)

To prevent the inclusion of police, I began communicating with both of them online. And I suppose that’s how, when my credit card got shut off due to fraudulent activity and I found myself stranded in Zambia (a country that had been nowhere on my intended itinerary,) it wasn’t a close friend who offered to wire some money so I could come home; it was my non-boyfriend (also known as The Man Who Did Not Murder Me.)

If you’re thinking he was a fool who should’ve blocked my number the moment felonious accusations started flying, you clearly weren’t paying attention during the baggage portion of my list. The poor guy was caught up in a destination romance and never had a chance. What other explanation is there for us eloping after six months and managing to still be in love thirteen years later? Our happily ever after was practically guaranteed.

Lacie Waldon is a writer with her head in the clouds—literally. A flight attendant based in Washington, D.C., Waldon spends her days writing from the jump seat and searching the world for new stories. THE LAYOVER is her debut novel. 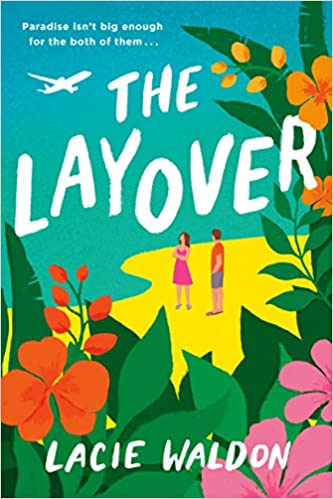 The Layover by Lacie Waldon, out now!

After ten years as a flight attendant, Ava Greene is poised to hang up her wings and finally put down roots. She’s got one trip left before she bids her old life farewell, and she plans to enjoy every second of it. But then she discovers that former pilot Jack Stone–the absurdly gorgeous, ridiculously cocky man she’s held a secret grudge against for years–is on her flight. And he has the nerve to flirt with her, as if he doesn’t remember the role he played in the most humiliating night of her life. Good thing she never has to see him again after they land….

But when their plane encounters mechanical problems, what should have been a quick stop at the Belize airport suddenly becomes a weekend layover. Getting stuck on a three-hour flight with her nemesis was bad enough. Being stranded with him at a luxury resort in paradise? Even with the sultry breeze and white sand to distract her, it will take all the rum punch in the country to drown out his larger-than-life presence.

Where Romance and Pop Culture Live Happily Ever After.
All Posts
PrevPreviousComic Corner: An Interview with the Author of Metropolis Grove
NextPerfect Pairings: Disney Princesses and Romance Novels by Teri WilsonNext