Comic Corner: An Interview with the Author of Metropolis Grove 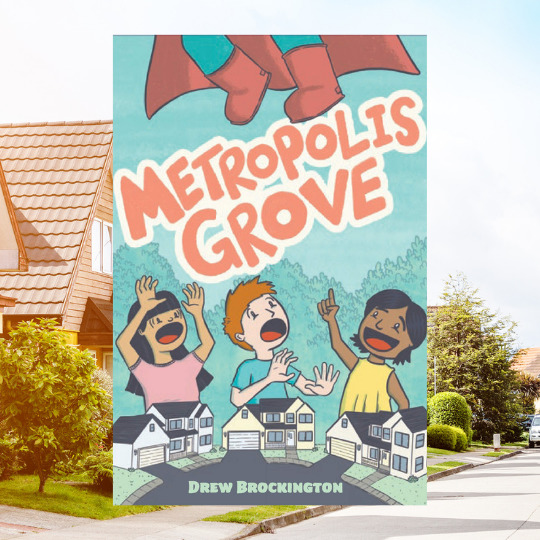 [Note from Frolic: Our resident comics expert Aurora got the chance to chat with graphic novelist Drew Brockington and ask him all about his new book. Take it away, Aurora!] 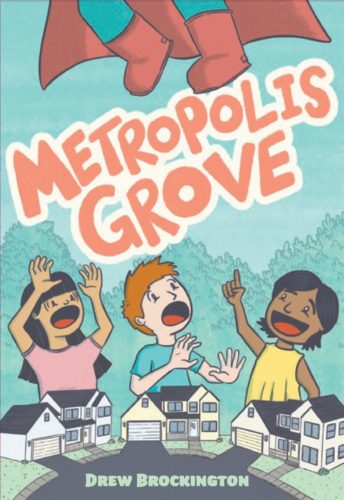 Aurora: What was your main inspiration behind Metropolis Grove?

Drew Brockington: The main inspiration was having a town where kids are skeptical about superheroes. There are so many great special effects nowadays that everything you see on a screen looks real. Would a kid who doesn’t live in a city with other superheroes believe it when they actually see a superhero in real life?

The graphic novel covers newfound friendships, chaos in suburbia, and superheroes. Which superhero would you have liked to be friends with the most and why?

Oh, golly. That’s a hard question. I’m going to say Animal Man. I love the idea that he can borrow abilities from nearby animals. If you want to fly for a few hours, you got it, hawk. If you need to lift a truck, hello gorilla. Seems like a handy friend to have around.

What’s up next for you in the comics and graphic novels world?

I am currently working on a graphic novel series about 2 kittens and how they are inspired to become Astronauts through their experiences. It’s a prequel to my CatStronaut series and has been a blast to work on. I love revisiting the character of Waffles and figuring out that exact point in his kitten-hood when he knew what he was going to do with his life.

You wrote and illustrated the novel. How was that experience and how do you plan the story and visuals?

I usually do the thumbnailing as I do the writing. I like seeing how the script is going to play out on the page as I write it. Once a draft of the script is finished, I go through and start re-working the thumbnail sketches. As I re-work the sketches, I’ll revise the script accordingly. The two processes go hand in hand. It must be the visual thinker in me.

Who’s your favorite illustrator and writer in the comics and graphic novels world right now?

Stan Sakai is one of my favorites. I’ve been reading through his ongoing Usagi Yojimbo series that started in the 1980s. He is a master at crafting panels and page layout and his storytelling is so epic. I read his comics for ideas on how scenes can be broken down visually, but also for the fun of it.

Aurora Dominguez is a high school English teacher, college professor and journalist in South Florida. Her work has appeared in The Miami Herald, Where Magazine and J-14 Magazine, all places where she worked as a writer and editor before going from the newsroom to the classroom. Her favorite days are "Caturdays," which she spends with a good book, her husband, Sebastian, and her cat, Luna. Her motto when it comes to reading: "No book left behind!"
All Posts
PrevPreviousFive Tips For Writing In A Fantastical World by India Holton
Next5 Lessons I’ve Learned from Destination Romance Novels by Lacie WaldonNext