Bang of Thrones: Where All Your Favorite Ships Go Down in a Fiery Wreckage 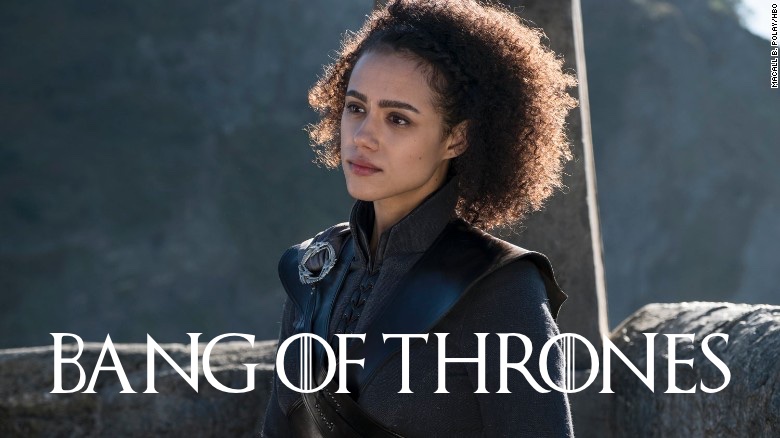 The writers of Game of Thrones knew they’d given me very little material last week, so they decided to make up for it with this episode.

And then also decided to ruin so…so much.

THIS POST IS DARK AND FULL OF SPOILERS FOR SEASON EIGHT, EPISODE FOUR OF GAME OF THRONES

I considered just copy/pasting my notes from this episode, but fully half of them are just me repeating “JAIME AND BRIENNE” over and over and then incoherent yelling about Missandei and I think that’s not the best post.

But now you know what the focus will be!

This time, let me talk about the ships that I can put into bullet points.

LET’S MOVE ON TO THE PART THAT HAD ME ACTUALLY SQUEALING WITH JOY, THE SQUEALS STEADILY RISING IN PITCH THROUGHOUT THE SCENE,

and that is obviously Jaime and Brienne.

Has Game of Thrones had a ship that had this slow of a burn? Usually people get together pretty dang quickly unless it’s completely one-sided. But Jaime/Brienne has been lowkey burning for like awhile.

The scene where they finally got together was just…honestly perfect. I loved Jaime trying to Super Casually talk about Tormund in a Totally Not Jealous Way while also Super Casually taking off his clothes because Wow It’s Just So Hot In Here.

I FEEL LIKE I AM GOING TO SPONTANEOUSLY COMBUST FROM BLUSHING JUST THINKING ABOUT IT.

And then him Super Casually staying behind at Winterfell because, uh, you know, reasons, and obviously Brienne has to stay too, Casually, because of her oath to protect the Stark girls, you know, very valid reasons, definitely not because of ~ LOVE ~.

…But this is Game of Thrones. We couldn’t stay happy.

Narratively, I like Jaime owning up to his various sins. My interpretation of the scene also wasn’t that he was heading off to return to Cersei because he thinks he belongs with her. I think he’s going to kill her, because he’s finally realized that as long as Cersei is alive, she’ll keep killing everything in her path (not unlike a certain undead army). That’s a part of his character arc that has been building for at least two seasons.

I also understand that if Jaime is doing that, he wouldn’t tell Brienne, because she’d follow him. So he hurts her to get her to stay.

Despite all that understanding, as a human with a heart, I don’t like anything that hurts Brienne. I still couldn’t help thinking, “So, this is how Jaime’s redemption arc ends – by making Brienne cry.”

We got one last really touching moment between Missandei and Grey Worm, on the ship to Dragonstone, hands held tight, unwilling, perhaps, to separate now that they survived one of their most dangerous nights.

I kept going back and forth on this, because this is a relationship recap, not a full recap, but I’ve decided it would 1) be disingenuous to pretend that I haven’t typed this whole thing with my brain yelling “WOW SO THEY REALLY KILLED THE ONLY WOMAN OF COLOR ON THIS SHOW TO FURTHER MOTIVATE THE WHITE SAVIOR QUEEN” and 2) Missandei’s death did break one of the core ships of the show. So it counts!

I’m really mad about Missandei’s death. I’m not mad Cersei killed her – anyone expecting Cersei to spare anyone ever has not been paying attention – but I’m mad the writers made the choice to put Missandei in her path. Dany was already spiraling into the Mad Queen. She didn’t even need an extra kick beyond the death of Rhaegal. She was already there, so Missandei’s death just felt gratuitous, even for a show known for its shocking deaths. Even if Dany had needed a push, using the death of a character of color to once again push her storyline also feels gratuitous.

I’m torn on if this means I want Dany to win the throne, so that it could mean something, anything, or if it means I don’t want her to win the throne, because goddammit, stop letting her rule on the backs of POC and their deaths!

The only good that could come of this would be Grey Worm getting more screentime as he deals with her death and his grief, but I’m not sure they’ll give us that – or at least not a satisfactory amount.

The Battle of Winterfell successfully lured me into a false sense of security by not killing off any of the really major characters (though all of the deaths did hurt me, personally, in my heart). I forgot one of the core rules of this show: Whatever Game of Thrones gives us, it’s going to take away even more.

Just…maybe give us Jaime and Brienne back at least?

Sarah Hollowell is a fat Hoosier writer working to up the magic quotient of Indiana. She's been published on Huffington Post, Fireside Fiction, and Apex, among others. She spends most of her time binging podcasts and needle felting characters from Animal Crossing.
All Posts
PrevPreviousVideo: Book Nerdery with Avery Flynn and Anna Zabo
NextDiverse Book Corner: Latinx May Picks!Next