Book of the Week: Honey Girl by Morgan Rogers 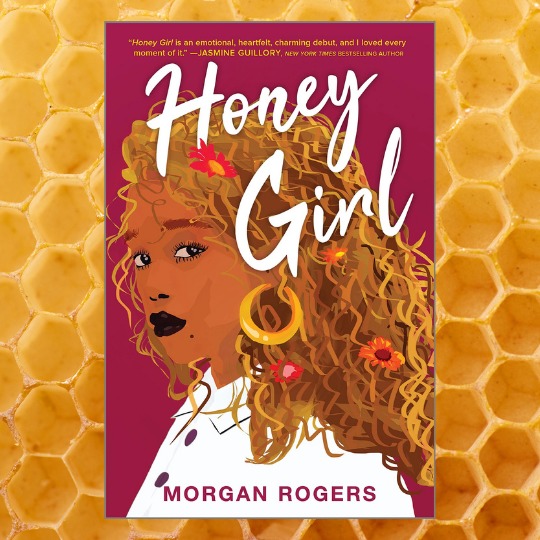 Nearly fifty years ago, Joni Mitchell sang, “we are stardust” and Carl Sagan famously said that we are made of “star stuff.” The protagonist in Honey Girl by Morgan Rogers is indeed the child of the cosmos. The universe conspired to make her. And inspired her to dream of becoming an astronomer. 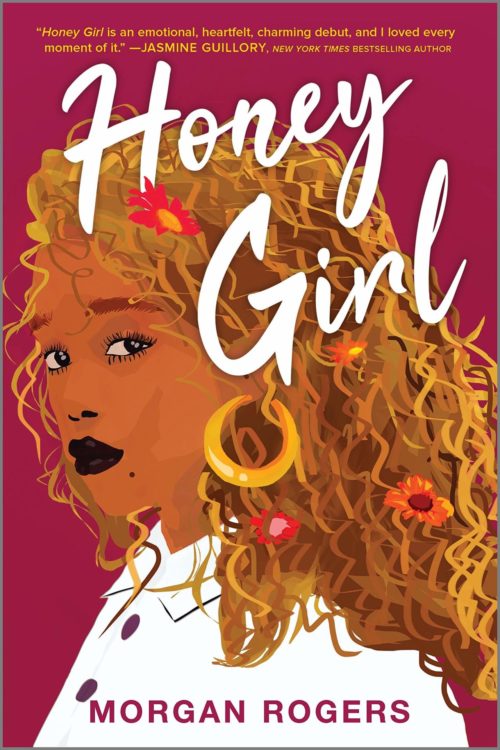 Grace Porter has a newly minted doctorate in astronomy from Portland. Eleven years of dogged hard work and weekends and summers sacrificed to research and achieving new and newer heights in her pursuit of perfection have left her burnt out. Job search has been heartbreaking as she realizes that the field of her dreams is rejecting her Black heritage. Whereas her father, the Colonel, has pushed and prodded her and expected perfection from her emotionally and academically, her mother only wants her to be happy and fulfilled in whatever she chooses to pursue.

Grace wishes she could disappear in the orange groves of her childhood home in Florida. Problems don’t disappear even if you choose to hide, but taking a break is definitely called for every once in a while, before you splinter into tiny particles and get scattered among the stars. In a bid to shore her spirits up, Grace goes off to Las Vegas with her dearest friends. And there, one night, she meets a girl with stars in her eyes and roses in her cheeks; they get drunk; they get married; and they buy a lock together with matching keys and rings. After a night together, the girl leaves behind a love note to her Honey Girl with a calling card and a photo.

Yuki Yamamoto is a Japanese American child of immigrant parents living in NYC. She is a medieval history major who waitresses for her living needs and assuages her lonely soul and those of others in a late night radio show called Are You There?

Rogers does an excellent job of showing Grace’s and Yuki’s diverse found families. There is much love among them all, and that is what I loved about Honey Girl the best. The story explores not just romantic love but all types of love — parental love, friendship love, career love — everything that is elided into the universal love of life that pulls people together. We all seek to understand and be understood, a struggle between connection and loneliness. And it is in the interstices of those moments that life is lived.

I was captivated by the delicacy of emotions that Rogers is able to illustrate in such fine detail. We see the world through Grace’s eyes. At twenty-nine, she is finally allowing herself to feel all her emotions. At the same time, she is not all self-absorbed. She is still able to step outside herself and notice what the other people in her life are experiencing and to try to understand them and be there for them. And thus Grace paints a rich picture of her own life and those of the people around her for the reader.

With great sensitivity and finesse, Rogers depicts Grace’s mental illness while allowing her to retain her dignity and self-respect. Meeting Yuki is transformational for her, bringing nascent, incipient qualities to the foreground and allowing her to “build a life worth living” that Dialectical Behavior Therapy calls the essence of life.

Honey Girl is a narrative that is rooted in a storytelling tradition, and Rogers’ lyrical language is unafraid of its own imaginative richness. The quintessence of the story is about finding one’s place in the world. Rogers shows us that while Grace used to be an uncompromising perfectionist in her pursuit of academics, it is through meeting Yuki that she learns that loving is a skill attained through the same deliberate effort as any other pursuit of human excellence. If you’re as fascinated by found families as what poet Leeya Mehta says, “We seek the company of others as a way of making our own life whole, fitting missing pieces of melody into our own life’s symphony,” this is the book for you.

Keira Soleore writes for the International Examiner and Cogitations & Meditations. She enjoys connecting with readers on Twitter (@keirasoleore) and through her website (www.keirasoleore.com). Her interests include medieval manuscripts, philosophy, poetry, picture books, choir, sunshine and beaches. Keira is a pseudonym.
All Posts
PrevPreviousAn Interview with MarcusRomance, Former Convict Turned Romance Reviewer by Scarlett Cole
NextRead an Excerpt from Camille Pagan’s Uplifting New Novel, Don’t Make Me Turn this Life AroundNext