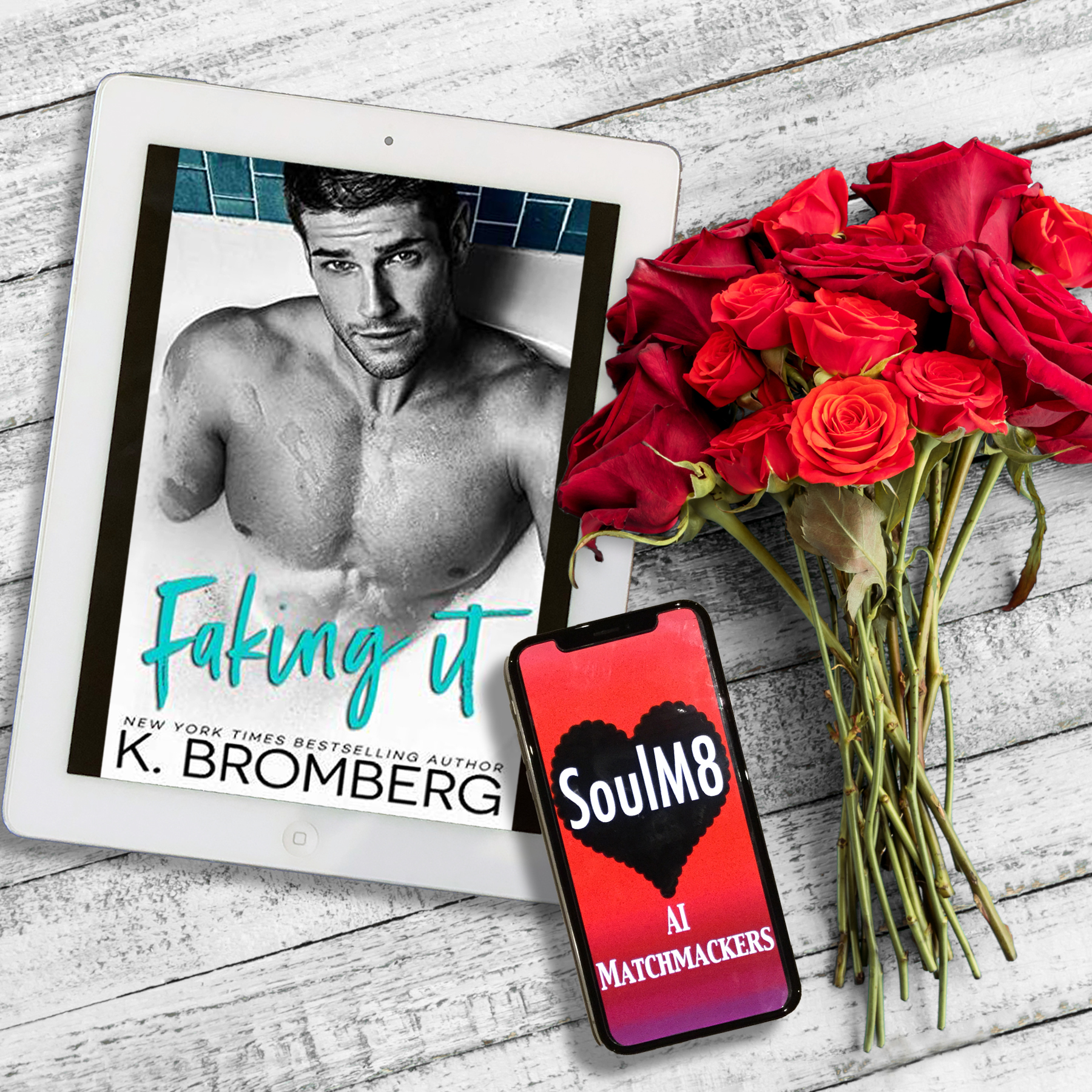 K. Bromberg is one of my favorite authors, and her latest contemporary romance, Faking It, is a seriously sexy enemies-to-lovers romance in which a brash, playboy CEO finds himself unwillingly attracted to his sassy, charismatic fake girlfriend while on a cross country promotional tour for his online dating service, SoulM8. I’m excited to share this exclusive excerpt, because it gives the reader a sneak peek of the flirty, comical banter and searing sexual chemistry between Zane and Harlow in Faking It, releasing January 8.

Zane Phillips mistook me for his dog walker. It shouldn’t surprise me that the man with a suit more expensive than my rent would assume that I was there to serve him. The positive? I put him in his place. The negative? I missed my job interview because of it. Now I find out he’s a rich Australian entrepreneur, and he wants to make up for tanking my interview.

But after a little white lie I tell spirals out of control, I’m somehow offered the chance to play Zane’s girlfriend to help promote his new dating website – and the best part? He can’t say no because he’ll get caught in his lie, too.

Little did I know this would entail sharing a tour bus with him for the next few months. The fact that the bus has just one bed isn’t the most ideal of circumstances, but this spokesperson gig might be the kick in the pants my career needs, so why not take a chance?

Now I’m crisscrossing the country – and sharing that bed – with the one guy I can’t stand. And even worse, my traitorous body is wondering at every turn what it’s like to be down under the gorgeous Australian. But as the miles unfurl, so does our passion…and if I’m not careful, I might end up believing that fairy tales really do come true. 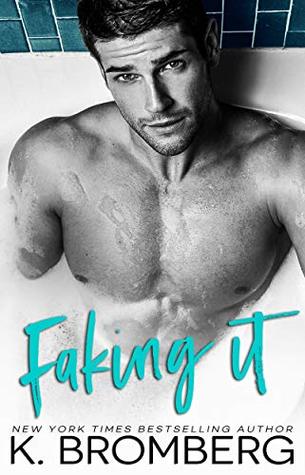 I take my time removing my make-up, washing my face, and changing into my pajamas to the slow rocking of the bus as it makes its way down the highway. When I emerge from the bathroom, Zane is standing there, midway through pulling his arms out of his dress shirt.

We both freeze. Our eyes meet. His stutter over me temporarily before they regain their customary guarded edge. Frozen in indecision, our eyes hold as he removes his shirt and lays it on the bed. There’s a ghost of a smirk.

“You dropped something.” He says the words without any emotion and then tosses something to me that was sitting on the bed.

In reflex, I try to catch whatever it is and in the process drop everything in my hands—dirty clothes, shoes, cell phone—including the box he threw. When I bend over to see what it is, every single part of me flushes a deep red.

And I want to kill my mother when I stare at the ‘Trojans’ label on the box of condoms looking back up at me.

Flustered and more than embarrassed, I gather everything on the floor in a frenzy and try to bury the box of condoms in the mess of clothes. When I stand up, Zane has moved in front of me, bare chested with abs and tan skin and biceps on display, and a smile playing at the corners of his mouth.

“Here I was thinking your big plans between shows was knitting sweaters . . . guess you never really know someone until you live with them.”

Oh. My. God. Did I really just say that?

Zane’s laugh rumbling around the small space tells me that in fact, I just did. I lower my eyes and look back at the pile of clothes—and condoms—and get a grip on my mortification.

“Missing something?” A lift of his eyebrows. A taunt in his smile.

I snap my head up to find that bare chest eye-level, way too close, and the black, lacey thong I’d taken off in the bathroom, currently hanging from the tip of his index finger.

I was wrong. It can get way worse.

How do you grab your used panties from a man and retain your dignity? It’s rather impossible. But I hold my chin high as my face probably turns a million shades of red, and I take the scrap of lace from him and add it to my pile.

More than done with this conversation in which I only served to embarrass myself further, I try to slink away without any more interaction with him.

But he doesn’t move. He just stands there with his head angled to the side, those green eyes of his searching mine. Everything about him is clouding my personal space in a way that makes every part of me beneath my sleep shorts and tank top become more than aware of everything about him.

“For a woman who has no problem speaking her mind, why does a little thing like a box of condoms and some sexy panties get your tongue in a twist?”

“The panties or the condoms?”

He’s loving every second of this. I see it in the way he twists his lips. The gleam in his eye. The smug expression on his face.

“The panties are mine.”

“Oh, and the condoms are your mom’s?”

“Yes. No.” I huff out an exasperated breath hating that the mere glimpse of his bare chest has me all flustered when I don’t get flustered. I rarely get embarrassed . . . and I sure as hell am never at a loss for words. “Just . . . never mind.”

New York Times Bestselling author K. Bromberg writes contemporary novels that contain a mixture of sweet, emotional, a whole lot of sexy, and a little bit of real. She likes to write strong heroines, and damaged heroes who we love to hate and hate to love.

A mom of three, she plots her novels in between school runs and soccer practices, more often than not with her laptop in tow.

Since publishing her first book in 2013, Kristy has sold over one million copies of her books across sixteen different countries and has landed on the New York Times, USA Today, and Wall Street Journal Bestsellers lists over twenty-five times. Her Driven trilogy (Driven, Fueled, and Crashed) is currently being adapted for film by Passionflix with the first movie slated to release in the summer of 2018.

Connect with K. Bromberg at www.kbromberg.com.

Mary Dubé is a displaced Texan, former burrito roller and retired number cruncher now living and reading in sunny California. When she’s not adding to her keeper shelf, she can be found teaching indoor cycling, bookstagramming, volunteering and pretending not to hoover over her teenager.
All Posts
PrevPreviousRECAP: ‘Outlander’ Episode 410: The Deep Heart’s Core by Denny S Bryce
NextPassing the Smell Test in Romance: What It Really Means to Have Your Nose in a BookNext