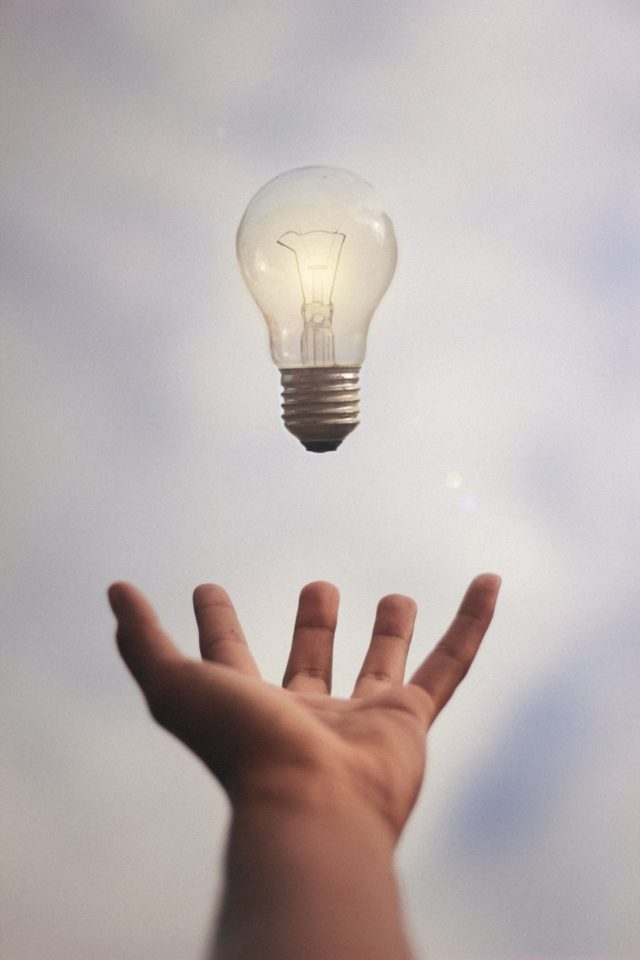 [Note from Frolic: We’re so excited to have author Angelina M. Lopez guest posting on the site today. She’s talking about how embracing the crazy can make for the best stories! Take it away, Angelina!]

My debut contemporary romance, Lush Money, has been described by some as “bonkers,” “absolutely wild,” and “over-the-top, in the very best way.”

I didn’t set out to write a bonkers book. I’m a list-making, appointment-keeping, rule-following Virgo. In fact, I didn’t know it was bonkers until reviews started rolling in. Only in the rear-view mirror can I see that, yeah, okay, this book about a self-made billionaire Latinx businesswoman and a modern-day impoverished prince might be a little wild. And only with that hindsight can I say that the bonkers paid off: I’ve been writing romance for 20 years and THIS was the book that got me an agent and a three-book contract.

So, with that in mind, I thought I’d write about how I became a Virgo with a bonkers book and how you, too, can embrace your bonkers ideas.

Like I said, I’ve been writing for 20 years. I began my life as a “plotter,” someone who outlined and emotional arced and storyboarded within an inch of my life before beginning a book. And that worked just fine for a decade. Until it didn’t. Until I felt so choked by the rules and the should and the shouldn’ts that I had hated writing – this thing I always loved – and had to step away.

Although I stopped writing for four years, the story ideas never let me go. So when I came back to the keyboard, I decided to try a new tactic to keep them flowing. Instead, of plotting, I was going to throw ideas at the wall and see what stuck. I was going to “pants” a novel – write by the seat-of-my-pants and see where I ended up.

Tip for Embracing Your Bonkers: Do the exact opposite of what you’re used to. Even if it’s scary. Which it will be.

Find inspiration from others.

That four-year break from writing allowed me to look at how other people created without my judge-y glasses on.

My son is a fan of online comics. He introduced me to the absolutely bonkers comic Axe Cop, which was narrated by a 5-year-old to his artist older brother. With a five-year-old narrating, you never knew when a baby with a unicorn horn or a flying T-rex with Gatling gun arms was going to appear. The older-brother artist went with it. I was in awe of that kind of freedom.

The show, True Blood, was also on at the time. With its vampires, werewolves, witches, and feys, the show never said “no” to a bonkers plot twist. The show’s writers seemed to be focused on saying “Yes, and…”

I decided to try a “Yes, and…” style of writing that let me develop crazy ideas rather than shutting them down.

Tip for Embracing Your Bonkers: Try a “Yes, and…” style of living for a day. A week? See where it leads you.

Check out what those crazy kids are up to.

As a person who set her mind on becoming a published writer about a decade before e-books, I had a cross-armed “no me gusta” attitude about how technology was changing the way we read books.

But during my four-year break, I learned about Wattpad. Wattpad is like Facebook for fiction, where writers can post and readers can interact with the stories and authors. Many of the stories are serialized, posted chapter-by-chapter to build readership, and a lot of stories are written on people’s phones.

After a decade of writing rigidly, writing on my phone and posting without concern about perfection was like getting out of handcuffs. Wattpad also gave me a chance to have my characters live and breathe in the world when before, unpublished, my characters just lived with the dust bunnies under my bed.

Now with a digital-first publisher, I’ve embraced that technology can broaden the way I tell stories; the only way it can be a negative is if I cross my arms against it.

Tip for Embracing Your Bonkers: Those intimidating new methods of doing what you do…seek them out now. Give them a whirl.

Turn down the perfectionist knob.

I’m real good at being a Virgo and a oldest child. Which means, no matter how old I get, it’s difficult for me to let go of the idea that there is a “right” and “perfect” way to do things.

In the midst of writing the book, I was training to be a docent (volunteer tour guide) at the Hillwood Estate in Washington, D.C. Our brilliant instructors shared with us the mind-blowing concept of “good but growing.” Instead of looking at life as mountain with a goal of reaching the perfectionist peak, they said, it should be looked at as a journey where you’re constantly improving. Instead of something being looked at as “perfect,” it can be assessed with the concept of “keeps and changes.” What should be kept? What should be changed?

Looking at my writing with the concept of “keeps and changes” gave me so much more wriggle room than looking for it to be “perfect.” And “good but growing” allowed my writing journey to be one of constant movement, rather than trying to assess when I’d reached the no-where-left-to-go peak of perfection.

Tip for Embracing Your Bonkers: Erase the idea that you or your bonkers experiment has to be “perfect” for you to enjoy it. What will you keep about it? And what will you change? You are good but growing in your bonker-ness.

Listen to your gut.

My book, Lush Money, plays with a lot of concepts: It gender-flips the billionaire trope, pokes fun at what we’ve accepted from male alpha-holes in billions of books, and addresses what a woman with her own journey looks like in that role. Some people have liked it; some people haven’t.

But it’s my book. While a lot about my writing process changed – becoming a pantser, accepting crazy plot ideas, trying out new technology, and forgoing perfection – the essence of me stayed the same. I listened to my gut and used my voice to say things about strong women and supportive men and growth and vulnerability and intimacy and redemption that were important for me to say.

And readers have responded to it; whether to the feminist overtones or the over-the-top soap-opera-like drama or the world-traveling escapism. Or just the really hot sex scenes. That came from my gut, too. 😉

Tip for Embracing Your Bonkers: Your voice, your gut, and your bonkers ideas are the amalgam of you, the culmination of the life you’ve lived and the things you’ve seen and the thoughts you’ve had. No one can have them but you.

So embrace those “absolutely wild” and “over-the-top” ideas, let your instincts guide you as you explore them, and speak them loudly and proudly with your voice. Live and create in your own uniquely bonkers fashion! 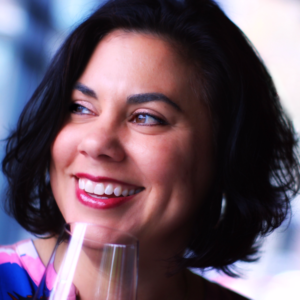 Angelina M. Lopez wrote “arthur” when her kindergarten teacher asked her what she wanted to be when she grew up. In the years since she learned to spell the word correctly, she’s been a journalist for an acclaimed city newspaper, a freelance magazine writer, and a content marketer for small businesses. At long last, she found her way back to “author.”

Angelina writes sexy, contemporary stories about strong women and the confident men lucky enough to fall in love with them. The fact that her parents own a vineyard in California’s Russian River Valley might imply a certain hedonism about her; it’s not true. She’s a wife and a mom who lives in the suburbs of Washington, D.C. She makes to-do lists with perfectly drawn check boxes. She checks them with glee.

A marriage of convenience and three nights a month.
That’s all the sultry, self-made billionaire wants from the impoverished prince.
And at the end of the year, she’ll grant him his divorce…with a settlement large enough to save his beloved kingdom.
As a Latinx woman, Roxanne Medina has conquered small-town bullies, Ivy League snobs and boardrooms full of men. She’s earned the right to mother a princess and feel a little less lonely at the top. The offer she’s made is more than generous, and when the contract’s fulfilled, they’ll both walk away with everything they’ve ever wanted.

Príncipe Mateo Ferdinand Juan Carlos de Esperanza y Santos is one of the top winegrowers in the world, and he’s not marrying and having a baby with a stranger. Even if the millions she’s offering could save his once-legendary wine-producing principality.

But the successful, single-minded beauty uses a weapon prince Mateo hadn’t counted on: his own desire.

Where Romance and Pop Culture Live Happily Ever After.
All Posts
PrevPrevious7 Poetry Collections for Fans of Rupi Kaur
NextContemporarily Ever After: Top Picks for the Week of November 3rdNext