Emily Lloyd-Jones: “What if the dead were rising back in those days?”

[Note From Frolic: Our resident YA expert Aurora Dominguez got the opportunity to interview author Emily Lloyd-Jones and ask her five(ish) questions. Emily’s novel ‘The Bone Houses‘ is out now!] 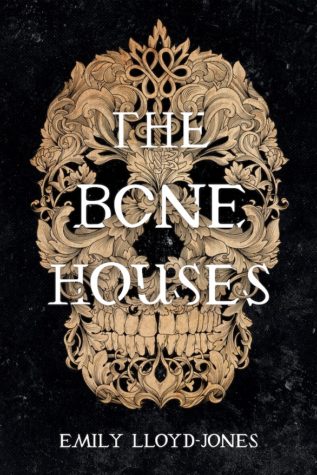 Aurora: What was your inspiration behind The Bone Houses?

Emily: I read an article hypothesizing that people in medieval times dismembered the dead to prevent zombies—and of course, my first thought was, “What if the dead were rising back in those days?” As I’ve always had an interest in Welsh mythology, I remembered that there were tales of a cauldron that could create armies of the undead. Setting my medieval zombie novel in Wales seemed like the perfect fit.

I relate to the two main characters—Ryn and Ellis—in very different ways. Ryn is self-sufficient and stubborn, two traits that I will freely admit to. Ellis is quieter and more thoughtful, and he is terrible at surviving on his own in the wilderness. As anyone who’s ever gone camping with me can attest, I definitely fit the second description!

Why do you feel books with unique and relatable characters are so popular and have such a voice right now?

In recent years, there’s been a push for diversity, particularly in the young adult book market. I believe that is why there are so many unique and relatable characters in literature right now. There are such a wide range of backgrounds and experiences, and it’s been wonderful to see them being given more space in children’s literature. One of the joys of working on The Bone Houses was writing a main character with chronic pain—something I had rarely seen in science fiction and fantasy. As someone who deals with chronic pain myself, I’d always been disappointed by its lack of representation in literature.

Please describe the content of The Bone Houses and what can readers expect from the read.

The Bone Houses is the story of Ryn, a teenage gravedigger, whose business running the local graveyard is badly affected by a curse that keeps raising the dead. To end the curse would involve venturing into a mountain range known for its dangerous old magic. She teams up with Ellis, an apprentice mapmaker who has reasons of his own for wanting to investigate those magical lands. Also, they’re accompanied by an adorable undead goat.

Right now, I’m working on promoting two books: The Bone Houses, of course, but also His Hideous Heart—an anthology of Edgar Allen Poe retellings that also releases in September. I have a short story in the anthology and it’s been a lot of fun to work on.

This changes from day to day, depending on my mood. Right now, I’m happily in the midst of reading Sea Witch Rising by Sarah Henning—a lovely retelling of the little mermaid retold from the perspective of the aforementioned sea witch. And after that, I’m looking forward to Brandy Colbert’s most recent novel, The Revolution of Birdie Randolph.

Emily Lloyd-Jones grew up on a vineyard in rural Oregon, where she played in evergreen forests and learned to fear sheep. After graduating from Western Oregon University with an English degree, she enrolled in the publishing program at Rosemont College just outside of Philadelphia. She currently resides in Northern California, working as the children’s buyer for Gallery Bookshop by day and writing by night. She is the author of Illusive, Deceptive, The Hearts We Sold, and The Bone Houses.

Aurora Dominguez is a high school English teacher, college professor and journalist in South Florida. Her work has appeared in The Miami Herald, Where Magazine and J-14 Magazine, all places where she worked as a writer and editor before going from the newsroom to the classroom. Her favorite days are "Caturdays," which she spends with a good book, her husband, Sebastian, and her cat, Luna. Her motto when it comes to reading: "No book left behind!"
All Posts
PrevPreviousDaily Frolic: Taylor Swift just Dropped a New Song!
NextStacey Lee: “Women have always known that we are powerful.”Next